Kim Wall is a murdered journalist, not a fun movie plot point

The "dead girl" trope in our popular culture is bad enough without forcing the culture of news to collapse into it too.

Wall was, by all accounts, a brave and intrepid journalist. She died under unusual circumstances on a submarine off the coast of Denmark. Inventor Peter Madsen has been charged with her manslaughter (in Danish law manslaughter includes intent) after the discovery of a headless torso presumed to be hers.

The death is curious, yes. But it is not a television program.

Our culture’s ability to turn any death of a pretty woman into a Serial-esque whodunnit is currently overshadowing the fact that Wall was a living, breathing woman of 30 years, a family member and much else besides.

Instead, her death has been compared in the Danish paper Berlingske to the plot of television crime drama The Bridge. The piece by Henrik Day Poulsen, psychiatrist and PhD, describes the stomach required to perpetrate such a horrific crime and ironically, the lack of empathy typical in murders.

The New York Times reported on this, and then went to the actual scriptwriter of The Bridge as though that was somehow pertinent to the case or justice for Wall’s family.

At least he, a scribe by the name of Hans Rosenfeldt, had the decency to write: “I’m not at all comfortable with commenting or reflecting over real crimes in this way.”

Two days earlier, the Times kicked off its true crime angle on the story by asking for comment from Lone Theils, author of Fatal Crossing, the story of two girls who go missing at sea.

“There’s still a lot of mystery and lots of speculation. Everybody here has their own theory on what happened,” he told the Times as though it was the latest on-demand hit.

Of the concentric circles of people connected to this case, one can imagine many more appropriate commentators than a novelist with no skin in the game.

We all engage in emotional tourism reading news stories like this one. It’s the same rollercoaster we crave in watching shows like The Killing, Top of the Lake, The Fall, Twin Peaks, True Detective and Gone Girl, to name a handful. The “dead girl” trope in all these narratives is bad enough without forcing the culture of news to collapse into it too.

Journalism doesn’t always have to be dour reportage. Noone would read it otherwise. But the facts of Wall’s horrific death stand on their own without distasteful, extraneous flourishes. Reporters would do well to stick to reality. 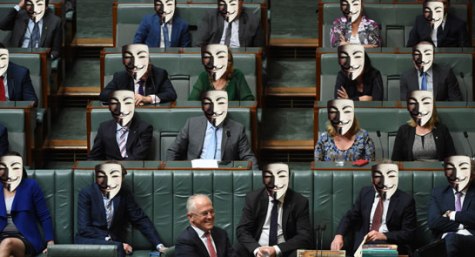 Spot on! There are PEOPLE in the news!

“Reporters would do well to stick to reality.”
Yes, but the reporters mentioned here don’t get much of a mention in Australia, apart from in this piece.

Life imitating art – the facts of the case are strange enough. Straght reportage would seem to suffice.