Enrolment confusion. The postal survey is upon us (assuming the High Court doesn’t shoot it down) and today is your last day to enrol — so if you want to participate, make sure you check your details, even if you’re pretty sure it’s taken care of. A tipster got a fright when she received a letter from the Australia Electoral Commission that seemed to imply she wouldn’t be able to update her details in time.

It reads: “I recently wrote to you advising that the Australian Electoral Commission intended to update your enrolment to the address below based on information received from another government agency” followed by an address. However, it goes on “due to the announcement of the Australian Marriage law Postal Survey, I will not be able to update you on the electoral roll by the close of rolls deadline.” 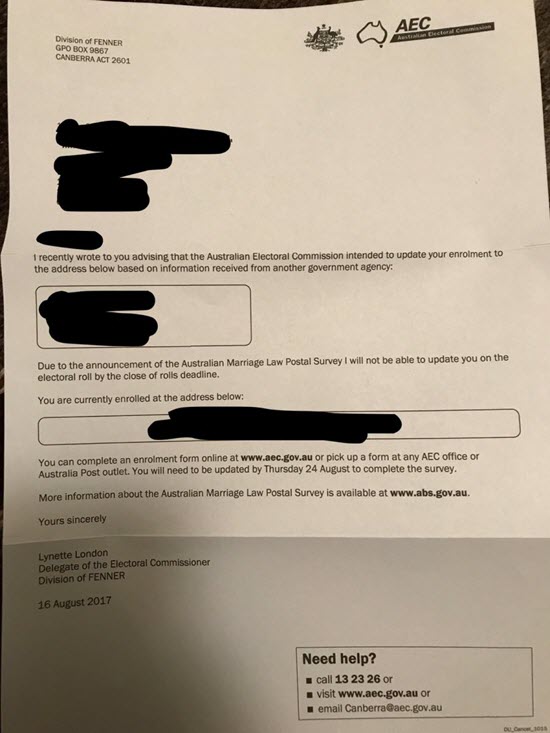 The letter then tells the recipient she can complete an enrolment form online and that this process needs to be done by August 24 to complete the survey.

We called the AEC to check what the go was and a spokesman told us this was down to a legislative requirement. The AEC automatically collects information on address changes when people update things like their driver’s licences. In the normal run of things, the AEC contacts these people with a letter saying the AEC has established that a change of address has occurred and if the recipient doesn’t contact the commission within 28 days, the person’s details will be automatically be updated with the AEC. Of course the postal survey came along and ensured this would not be the normal run of things. Those who have moved house will have to update their own details if that 28-day period was set to expire after August 24. The spokesperson told us that, even if the recipient contacted the AEC to confirm the details were correct when they initially received the letter, the AEC was legally required to wait 28 days before updating the details, meaning the onus would always fall back on the individual to update their details in time.

No one expects the Belgian Inquisition. Long-time Crikey favourite Mathias Cormann remains the government’s rock, the only credible senior minister in a stormy sea of chaos and confusion, especially after Julie Bishop’s bizarre meltdown the other week. Indeed, we occasionally indulge a long-term fantasy for the Teuton From Eupen to take a lower-house WA seat and lead the Liberals. Occasionally, however, even the mighty Cormannator develop a glitch in his software (who can forget him lavishing praise on Bill Shorten during the election campaign?). While last night he was railing at Shorten as the actual reincarnation of Karl Marx, he warned: “Australia under Bill Shorten would be both duller, poorer — and less equal.” Um, that’s three things, not the two implied by “both”, minister. Fortunately you’re not in a portfolio that requires counting.

Pratt fall. Prime Minister Malcolm Turnbull had a great time walking around Tumut with billionaire Anthony Pratt yesterday, just tagging along while Pratt announced his business expansion (kudos to the journo who asked “there’s no federal government funding in this announcement today, so what are you doing here?”). Pratt is a keen user of Instagram and regularly posts pictures of himself with US Vice-President Mike Pence and letters of support from US President Donald Trump. He told his followers to stay tuned for two big announcements this week. We’ve got one of them, now we are just waiting on the second. 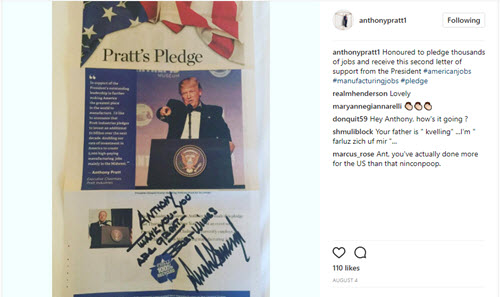 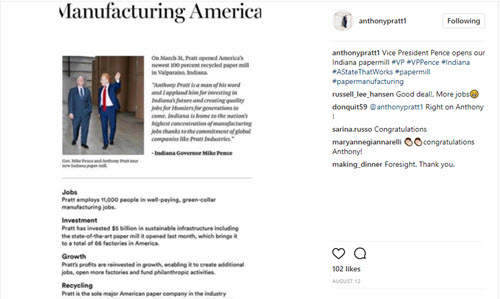 We’re also waiting to see if Pratt posts photos of himself with Turnbull in the plant as he talks up the jobs created (we’re not having a go, everyone uses Instagram for bragging purposes), but so far nothing. Maybe it’s not as prestigious as the big factories in the US?

Robots for marriage equality. A Crikey spy got a robocall last night encouraging her to stand up and fight for marriage equality by checking and updating her electoral details with the AEC. The friendly robocall voice let our tipster know she had 24 hours to update her electoral details, encouraging her to share the message with friends and family to ensure she showed her support. There was also an offer to acquire a pro-marriage equality flag and display it proudly. Has anyone else had the same recorded message? Let us know. And you can stay anonymous.

The One Nation knees-up. Keep an eye out for One Nation news coming out of Brisbane today, as the party holds its annual general meeting and the Queensland state conference. The event is supposedly only open to One Nation members, but we’re sure it will be interesting after a year in which the party has faced numerous scandals about the way it is run and where the money comes from.

“Be there for exclusive speeches from all One Nation Federal Senators as well as appearances from Elected State Members,” (bold theirs) the invite reads, which makes governance sound much more fun that it really is.

Will there be questions from the floor about the citizenship of Malcolm Roberts? Will someone ask exactly who owns (and paid for) that plane? And just how much money does the party have? We wait with interest. 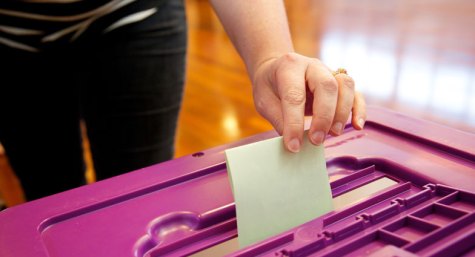 Re Cormann. Doesn’t being Minister of Finance require counting skills?

Apparently not – being a tory means not having to say duhhh.
Kwatsch.

It was “Boris Badenov” Cormann and “Natasha Fatale” Cash that added up the advantages of making a deal with Hanson, to win the WA election.