The government's announcement that jobseekers in Canterbruy-Bankstown will be drug tested shows a departure from original plans to use wastewater to choose locations.

Seven cups of rhetoric and zero teaspoons of an actual plan. That’s the recipe for the government’s approach to drug testing welfare recipients. The policy, shepherded by Social Services Minister Christian Porter, used to be all about testing wastewater, but government types have gone quiet on the strategy now that it’s time to announce the first trial sites.

It has also been revealed that the Department of Social Services is no longer using the CSIRO’s data unit Data61 for profiling areas to be used as potential sites in the program. The first trial locations will be Canterbury-Bankstown in Sydney’s west and Logan in Queensland, calling into question just how innovative the government is being in targeting areas for the trial.

Random drug testing of job seekers was announced as part of the budget in May, with those testing positive to drugs while on welfare to be moved to the cashless welfare card, which quarantines 80% of the payment onto a debit card and leaves just 20% that can be used as cash. For a single person with no children, that figure is a princely $53 cash a week.

On a second positive reading a welfare recipient would be assessed by a government-appointed doctor and given a treatment plan to follow in order to continue receiving payments. The plan, which is yet to be passed as the government tries to gain the support of the Senate crossbench, involves using three trial sites to test 5000 job seekers, starting in January next year.

In yesterday’s announcement, the government said Canterbury-Bankstown had been chosen as the first trial site because of “a range of factors, including data showing that methamphetamine-related hospitalisations are a growing problem in the area”.

Minister for Social Services Christian Porter also said the area had support services for those with drug and alcohol issues. The message is a departure from previous information about the program in May, when the National Wastewater Drug Monitoring Program Report was touted as the main way urban areas would be chosen to be trial sites.

Treasurer Scott Morrison talked about the prospect that the government would use wastewater to test for high levels of drugs in sewage to find which areas should be used for the drug testing trials. “We’re an innovative, agile and flexible government that looks at all sorts of new ways to better target government spending,” he told BuzzFeed at the time.

The National Wastewater Drug Monitoring Program was supposed to be a major part of the government’s “innovative” approach with the program, but since then the messaging has been diluted. Crikey reported in May that the scientists behind the first National Wastewater Drug Monitoring Program Report had been pretty quiet about their research being used for this purpose, and other experts said the report wouldn’t give the government a good idea of which suburbs to target to find high proportions of drug users.

We asked the minister if wastewater was used in selecting Canterbury-Bankstown, and if not, why. Porter told Crikey: “The Wastewater Drug Monitoring report is just one of the indicators we considered when selecting the trial sites. Other measures such as crime statistics, DHS data, hospital data and the suitability of the location for income management were key factors when selecting the trial locations. While the Wastewater Drug Monitoring report also doesn’t identify usage within individual suburbs or local government areas, it shows that for August 2016, usage in Sydney metropolitan areas was 24 doses of methylamphetamine (ice) per 1000 people per day.”

Sydney doesn’t have the highest rate of methylamphetamine per person, though, according to the National Wastewater Drug Monitoring Program Report — that would be Western Australia and South Australia in both capital cities and regional areas.

Reports on the trial site at Logan cite the number of people seeking an exemption from job interviews because they are too dependent on drugs and the trend of incidents for drug offences.

InnovationAus reported yesterday that the Department of Social Services was no longer using Data61 to develop a “data-driven profiling tool” to find suitable locations for the trial, with a CSIRO spokesperson saying the agency only provided “general advice” on machine learning, not developing an algorithm. 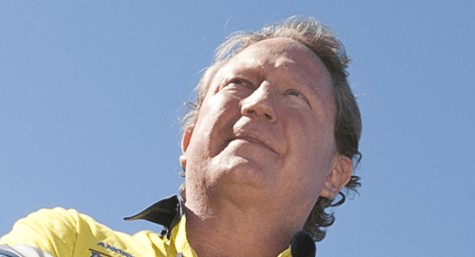 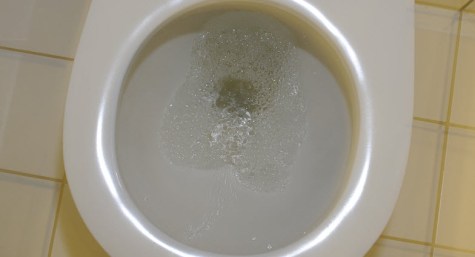 Can Centrelink use wastewater to find suburbs with high drug use? Expert says no

This is such shit policy. More war on the young, the unemployed, the welfare dependent.

How about drug testing of bankers on a Monday morning. The number of positives will be much higher, and they take more money out of the system then the entire welfare budget.

“How about drug testing of bankers on a Monday morning.”
Love it. Still love you hate you.

A 2000% increase on a cherry picked year? So, if one person was admitted in their cherrypicked year then a 2000% increase in admissions would see 20 admitted. Hardly a deluge, eh? How about dealing with alcohol and prescription drug abuse among the baby boomers… threaten to cut their pensions if they test positive? How about sharing the “love” around?

“Mutual Obfuscation”?
All that smoke and red herrings ….. what are Cousin Jethro, Elly May and Canavan on? … beside the public teat.

I will urge again, in case anyone has forgotten, “Treasurer Scott Morrison talked about the prospect that the government would use wastewater to test for high levels of drugs in sewage” that the perfect sewage stream to test for a baseline drug level would the Diamond Bay outfall which services Vaucluse.
It has virtually no industrial input, little urban runoff due to the topography and, being mostly fine upstanding citizens who would never dream of taking illicit, or even licit, mood altering substances would thus give an exceptionally low bar to get those evil, hedonist dole bludgers back onto the hard & narrow path to… errr.. somewhere.