How exactly did a mining magnate come to spearhead the program to shift indigenous Australians onto cashless welfare?

The government will today introduce legislation to expand the cashless welfare card to two new locations around Australia, following a 12-month trial in the regional areas of Ceduna in South Australia and Kununurra in Western Australia. While the new areas for the card are set to be announced in the next few weeks, Human Services Minister Alan Tudge says the card has helped reduce alcohol abuse in communities where it is in effect.

Australia has gone through a few different iterations of cards that restrict the spending money of those on welfare — and one man has been in the middle of the push since 2014: mining magnate Andrew “Twiggy” Forrest. His lobbying is intensely personal and goes back years through his philanthropic Minderoo Foundation. So where did Forrest’s influence on this policy area start, and how did it get here?

August 2014: Forrest delivers the Creating Parity report into indigenous employment and welfare reforms after being commissioned by then-PM Tony Abbott. His report recommends a card that quarantines welfare payments to be rolled out nationally, which went well beyond the brief for the report, which was supposed to look at ways to “create parity between Indigenous and other Australians”. The government had already been using compulsory income management in remote indigenous communities in the Northern Territory since 2007, and in 2012 had introduced trials of voluntary income management in other regional areas in Australia like Bankstown and Shepparton. He told the ABC when the report was released:

“It’s just basically saying, if you’re on welfare, you’re fulfilling a obligation to get yourself into employment or training or an independent life just as soon as you can. And, what we know is that the drug barons and the illicit drug industry and the ready flow of alcohol is the most debilitating and largest hurdle faced by particularly our indigenous Australians but really for all vulnerable Australians and it’s saying, how do we stop that? How do we actually bring some respect and responsibility into the short term choices, and that’s self respect, into the short term choices which people make when they find themselves on welfare even long term welfare?”

April 2016: A 12-month trial of the cashless welfare card is introduced in Ceduna in South Australia, and Kununurra in Western Australia. This card quarantines 80% of a recipient’s welfare income to be used on the card, with only 20% available in cash. The card isn’t accepted at places that sell alcohol or provide gambling facilities.

Over the period of the 12-month trial, there are complaints of an increase in local crime, and the difficulty of using the card outside the trial area. While the trial is not restricted to indigenous Australians, the two test sites have large indigenous communities.

March 14, 2017: The government announces that the 12-month trial has been a success, proffering a 175-page government-commissioned review by Orima Research that showed people on the card reported that they drank and gambled less than they had before. Social Services Minister Alan Tudge says there will be a full review in June of this year. Forrest’s Minderoo Foundation celebrates the report, with Forrest saying in a press release that it had helped “100% of people”:

“These results are a great achievement and the elders who had the courage to champion the Card should feel justly proud. The Card was a success when it improved the life of a single drug or alcohol addicted person. This report exceeds all expectations and shows that over 100 people are leading healthier and more productive lives.”

May 9, 2017: As part of the budget, the government announces that the cashless welfare card will be expanded — not nationwide but to two more sites that have yet to be announced.

July 19, 2017: Forrest steps up his campaign and personally lobbies New South Wales Premier Gladys Berejiklian on the cashless welfare card, saying it should be rolled out across NSW. “NSW regions are howling for the card and the federal government is yet to be persuaded to invest the political capital in NSW,” he said.

August 9, 2017: Forrest leads a delegation of WA regional mayors and his philanthropic foundation the Minderoo Foundation to Parliament House in Canberra, showing a chilling video with footage of violence in Roebourne, Leonora and Port Hedland, and statistics of sexual abuse and suicide in regional WA towns. The video refers to these communities as “war zones”. The group calls for the cashless welfare card to be introduced in more places in order to reduce violence and youth suicide. Forrest makes an impassioned plea to the government on the card.

“I’m asking the Prime Minister and the leader of the Opposition to put wedge politics aside and come out and strongly back the little children in vulnerable communities, because quite literally, while Australia dithers on this, children are dying.”

Opponents to the card criticise the use of the video, calling it a scare tactic.

Forrest also gets a commitment from WA Premier Mark McGowan that he “broadly” supports the income management cards.

August 12, 2017. Responding to criticism of the card from the Greens, Forrest hits back, calling the party “the party for paedophiles”:

August 17, 2017. As the government introduces new legislation, it’s reported that Forrest has met with WA Premier Mark McGowan, saying to The Australian:

“The Premier has shown interest in the card, like the Premier of NSW, what I want to do is provide the opportunity for the political leaders to speak to real people from actual communities and to stop listening to sound bites from politicians and academics.” 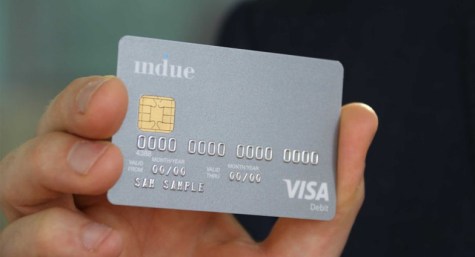 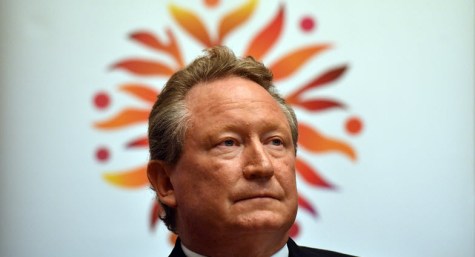 Rundle: Twiggy’s Tarzan antics and the problem of the white saviour 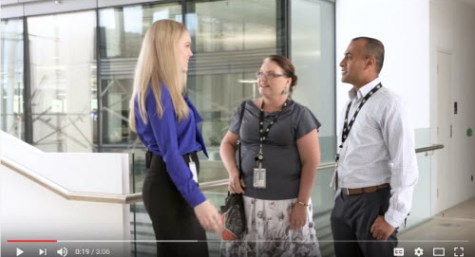 Could someone at Crikey please initiate an investigation into the reality behind the success of failure of this card? Which would include what other measures could or should be or have been taken to avert the crisis in the remote communities.

Like, for example, encouraging local indigenous businesses and employment.

So far all I’ve read is bluster on one side or the other.

Simplistic solutions kick the problem down the road for another few years – and to another government.

Twiggy the blackfellas’ friend eh? The one who was as best I can see bribing a rival Aboriginal lands group to get Fortescue a better deal. The federal court said no, but the great philanthropist is off to appeal. Twiggy is about one thing only. Twiggy.

The card is being called for by indigenous women’s groups across the country, to provide some respite from violence, sexual abuse, and alcoholism. Will it solve all the problems in these communities? No, but when a bit of respite is being called for by women’s groups so they can create some breathing space for other interventions to have a chance, it takes a quite a bit of self-absorbed arrogance to say “no, you don’t know what’s good for you, but we do”.