Know your Nazis: these are the people outing far-right extremists online

After the violence of Charlottesville, those who identify and out white supremacists believe their work is increasingly important -- and dangerous.

As scuffles turned to street battles, and street battles to deadly violence, Daryle Lamont Jenkins found himself among familiar company in Charlottesville, Virginia.

Jenkins is a long-time chronicler of the far-right in America and a co-founder of the One People’s Project, a website that tracks and names players in this scene. Peering across the coalition of neo-Nazis, white supremacists, and alt-right racists assembled in the town for their two-day Unite The Right protest, there were plenty of faces Jenkins recognised.

But even for a seasoned expert, there were also an alarming number of bright, white, fresh-faced fascists in the crowd.

“A number of them at that rally were young kids”, says Jenkins. “A good deal of them were young people, probably under 25, who are latching on to this white nationalist ideology and thought that because Trump is president they had some sort of momentum — that they were unstoppable”.

With the killing of of 32-year-old anti-racism protester Heather Heyer, the American public at large is now asking a question Jenkins has been patiently working on for years. How do you stop neo-Nazis?

For Jenkins, the answer is expose them, and his site publishes information on the figures he comes across under the motto “hate has a consequence”. It aims to put pressure on extremists, forcing them to renounce their ideological commitment or face blow-back, including loss of employment. It’s a tactic Jenkins thinks has been successful.

And it’s a tactic that has exploded far beyond what Jenkins and his small team could ever achieve on their own, driven forward by the omnipresent take-up of social media and the emboldened and unrepentant voice of the American far-right.

Shocked by scenes of destruction and images of student protestors surrounded by torch wielding white supremacists, there has been a massive public effort to identify the young men present at the deadly rallies. Among the most influential voices has been the Twitter account @YesYoureRacist, which has encouraged its hundreds of thousands of followers to identify and shame participants.

They, too, have had successes, helping to identify the person in one of the most infamous photos of the protest as Peter Cvjetanovic, a 20-year-old who is now known around the country, and was forced to defend himself as “not an angry racist”. You can imagine what prospective employers will find when they google this self-described white nationalist’s name now.

Indeed, the down sides of practicing openly racist politics has already come home to the somewhat appropriately named Cole White, another Unite The Right rally goer who was forced to resign from the libertarian hotdog stand he worked at in Berkeley. Another attendee who was outed was renounced by his own father to a local news site.

Now receiving the endorsement of Hollywood stars like Jennifer Lawrence, the tactic has long been used by anti-fascist organisers — and, arguably less successfully, by their opponents. It’s practised in Australia by popular anarchist blogger Slack Bastard (aka Andy Fleming).

James Anderson, part of a group that operates It’s Going Down, an anarchist news site and community board, says the tactic had been used particularly effectively by anti-fascists in Atlanta, where ultra right-wing activists have been driven from their jobs.

“These are community efforts”, says Anderson. “The main goal is to tell people about what’s going on in the community, to give them knowledge and to give them a sense of agency over the situation”.

“People want to know this information”. That may be true. Only problem is, the sleuthing skills of those doing the posting aren’t always so good.

One online mob mistakenly turned on a University of Arkansas researcher, scaring the bejesus out of a man who was 1,100 miles from the protest when it occurred. The @YesYoureRacist account also wrongly sent people towards a YouTuber who was not at the rally.

Errors of fact aside, the business of ID-ing fascists poses other ethical dilemmas. The leaders of these groups, people like Richard Spencer — who Jenkins has been urgently trying to warn people about for over a decade — have their own channels of funding and support, including from pretty cashed-up sources.

Those at the top of the movement who can’t be shamed out of work are instead facing pressure from the platforms they utilise. Infamous neo-Nazi site Daily Stormer is being denied service hosting and domain registration. Spencer has been bumped off Airbnb, and far-right activists and bloggers have been barred by some crowdfunding platforms.

This means those subject to exposure tend to be the lower downs, often people working menial jobs. That doesn’t change anything for Jenkins.

“I’m not worried about Richard Spencer — but I am worried about the person shaking his hand”, he says. “You need to take away that foundation.”

Barely able to bring himself to denounce the motley assembly of racists at Charlottesville, US President Donald Trump has virtually guaranteed there will be more of this in the future. Despite the surprisingly high prevalence of far-right violence in the US, his administration has cut funding to counter extremism programs targeting non-Muslim groups.

In all his years, Jenkins has never seen so much open activity from these groups. As Trump equivocates, others around America and across the world will be turning to his method in even larger numbers. 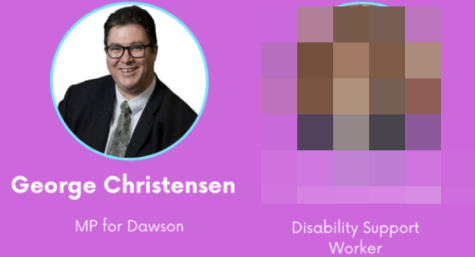 Thank you for this, Max, especially the links. It’s wonderful to read good news for a change. Yes, the internet can house trolls and hate groups in their very own nasty little echo chambers, but it can do this, too.

For sure Charlie C.

“the business of ID-ing fascists poses other ethical dilemmas.”

Indeed, and philosophical ones. Is becoming a proto-fascist the best way to fight fascists?