Which way will she jump? While the Labor Party’s loudest voices have been in unequivocal support of marriage equality in Australia, it’s worth remembering they are not an entirely homogeneous group on the subject. While BuzzFeed has listed the MPs expected to say no on marriage equality, Labor Senator (and former MP for Robertson) Deborah O’Neill is among another cohort of Labor politicians who are well worth keeping a close eye on in the coming weeks — those who have not have made a public statement for or against marriage equality. Like the majority of parliament, she voted against the private member’s bill on the subject back in 2012. Of course, many people have shifted their rhetoric since then, and although O’Neill has been identified by The Sydney Morning Herald as opposing marriage equality as recently as a few weeks ago, she’s made no public statement, and Australian Marriage Equality has marked her down as “unknown”. There is no such indecision of the part of her staffer Rhys Zorro, who is an admin of the Facebook page “Coasties for Marriage Equality” and has been sharing it on various LGBT Facebook forums. 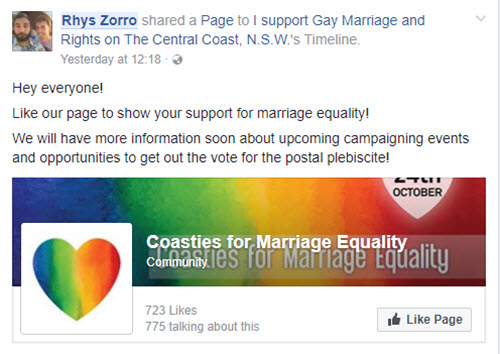 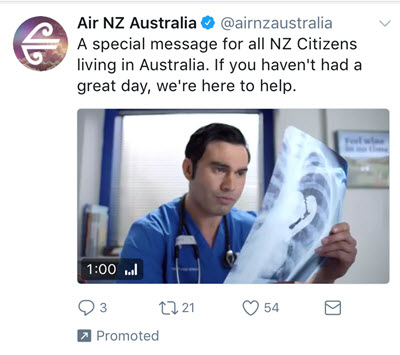 Over on Sky News yesterday, its usual heavy run of ancestry.com ads was also especially relevant to the news of the day.

Is that a hint? Speaking of advertising, a tipster tells us the techies at SBS seem to have listened to the litany of complaints that surrounded the advertising inserted in drama series The Handmaid’s Tale — or this tale is just a lovely coincidence?

“SBS has been copping criticism of poorly timed ads during its streaming of the excellent Handmaid’s Tale. Initially not just timing but content. I’ve been catching up in the past few weeks (and it’s too intense to binge).

“But couldn’t help noticing that while the ads have recently been more appropriate and well timed, in the past week (last few episodes), an ad for the NBN begins, then stops loading, and it’s straight back to the series with barely an interruption. Every time. Perhaps they’re paying it forward for people trying to watch on their stuttering connection?”

Send us your pamphlets. It’s been reported that due to one of the particularly large loopholes in the government’s slapdash plan for a postal plebiscite on marriage equality MPs and senators will be able to use their taxpayer-funded printing budgets to campaign for both the Yes and No sides of the debate. BuzzFeed‘s Lane Sainty wrote last week:

“Under the rules, every member of parliament can spend up to $160,000 per year on ‘printing and communications’ in their electorates.

“The entitlement includes printed flyers, online advertisements or videos, billboards, and the like — but can’t be used for radio or TV advertisements.”

And acting Special Minister of State Mathias Cormann confirmed the budgets could be used on the plebiscite. So if you get flyers from your local MPs on the plebiscite in the next few months, send them through. We’ll be tracking who is saying what and how.

OMG, $26million for printing and communications???

a small price to pay for divisive,indecisive slanging match.