Shane Dowling says he did no more than journalists do every day, but His Honour rather disagreed.

Now and again, Crikey likes to recognise those whose contribution to journalism is so egregious that they really make us reconsider the value of our own profession. And there is no one more deserving of a Wankley Award this week than Shane Dowling, the “enthusiastic” blogger jailed yesterday for contempt of court.

Dowling, who publishes the blog Kangaroo Court of Australia, was sentenced to four months in jail in the NSW Supreme Court for repeatedly breaching a suppression order issued during the height of the court battle between Seven boss Tim Worner and his former lover Amber Harrison. The names of two women named in court documents have been suppressed, and Dowling was charged with contempt after he published their names and then refused to take them down when the court ordered him to.

Justice Ian Harrison said that Dowling had breached the orders “not merely willingly and advertently but also enthusiastically. That enthusiasm is apparent upon the face of the publications.”

Dowling calls himself a journalist and defended his breaches in submissions to the court by saying he was doing no more than journalists do every day.

“By naming [the plaintiffs] in articles I have done nothing more than any journalist does everyday around the country as their names were in legal documents tendered at the Australian Human Rights Commission by Amber Harrison. I have subsequently named them as they are suing me and I am entitled to open justice,” he said.

“He seeks to paint himself as a victim of a powerful media organisation that is determined to gag him. The fact of the matter is that Mr Dowling has done more than journalists do on a daily basis. His contempt arises not from the fact that he published the names of Jane Doe 1 and Jane Doe 2 in the first place, perhaps on his assessment as any journalist might have done, but from the fact that he disobeyed an order to take their names down from his online articles and even continued to republish the names in breach of the order that he not do so. It is therefore not the case that Mr Dowling faces the prospect of imprisonment for doing nothing more than reporting the news.”

In considering the appropriate sentence, the judge said part of the reason for Dowling’s continued breaches were to generate interest in his website, and, “the expression of the not inconsiderable antipathy he seems to bear towards a large range of individuals and professions, including [Seven West chairman] Mr Kerry Stokes, in particular”.

Dowling was fined $2000 for contempt in 2014, again for publishing a suppression order  — something Justice Harrison found had not deterred him.

Dowling continued to tweet from court during his sentencing, announcing his jail sentence to his followers. 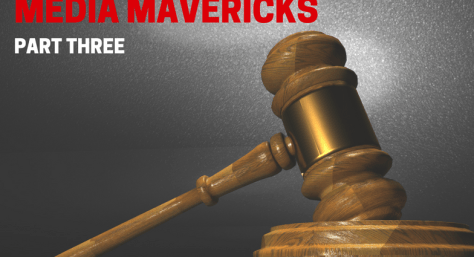 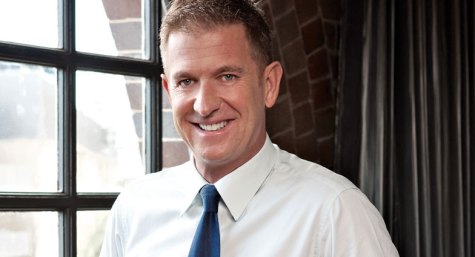 It is a sad day when Crikey no longer supports a free press.
Even if the reporter is a Blogger, he should be allowed freedom to report the truth.

When has a defendant of limited means ever been granted a suppression order?
Like SLAPP writs & defamation, tools of the tools already too well tooled up to beat the rest of us about the head.
This guy is a larrikan & idiot.
Long live larrikans – this country will be poor indeed without them.

In defence of Shane Dowling, I enjoy reading his refreshingly honest and informative articles. He has been vocal about the apparent corruption that may surround judicial dealings with sexual abuse. If he has fallen foul of the court for disobeying its orders, then I guess that was his considered choice, perhaps not for personal promotion, but because he cared and felt the public had a right to know more?
Similarly, Shane Dowling wrote about the issue of the ‘hidden list of 28 people’ that was raised in Parliament in 2015 by Senator Heffernan.
https://kangaroocourtofaustralia.com/2015/10/25/who-is-the-former-australian-prime-minister-and-judges-who-are-paedophiles/
It seems to be a pity that more journalists and even, perhaps Crikey, could not help to get that list made public? It is still ignored, since 2015? Why was it not dealt with more intensively when it was raised at the Royal Commission into Sexual Abuse.
Surely the public has a right to know more? Will Crikey say Dowling was just muck-raking? A silly blogger?
I have just returned to Crikey but I find this to be a very disappointing approach. Libby Mitchell.