Almost two dozen young journalists in Queensland have been underpaid by hundreds of thousands of dollars, the Fair Work Ombudsman has alleged.

Young journos underpaid more than $300,000. Young journalists in Queensland have been underpaid more than $300,000 over about 18 months, according to the Fair Work Ombudsman. Websites operated by communications company Touchpoint Media allegedly underpaid 23 of its journalists working on regional websites between January 2015 and June 2016. The ombudsman is taking the company and its director Laurence Bernard Ward to court over the allegations, saying four of the journalists were underpaid more than $30,000 each, and one was underpaid by $48,217. The company and Ward also allegedly provided false PAYG records to inspectors, overstating the amount employees were paid. A penalty hearing will be heard in Brisbane in March next year.

Strike action over gender pay gap. Staff at the Financial Times have voted to take industrial action if the paper doesn’t close its gender pay gap. In a statement, the FT‘s National Union of Journalist members said they would potentially strike in pursuit of closing the gap by 2020 “should it be required”:

“So far, FT managers appear to have prioritised commercial initiatives over real steps towards pay parity. And targets for action — including increasing numbers of women in senior jobs and improving female pay averages — have become recast as ‘ambitions’ … The year 2020 will mark the 50th anniversary of the passing of the Equal Pay Act and we believe that every company, and especially the Financial Times, ought to be ashamed if it enters that year with anything less than pay equality.”

The NUJ says the gender pay gap at the paper is 13%, according to The Guardian.

Thanks for your time. It’s not unusual for a pollie to try to avoid an interviewer’s questions, but Peter van Onselen did not have time for MP Tim Wilson’s avoidance techniques on his show yesterday. PVO wanted to chat about the Liberal Party’s same-sex marriage debate; Wilson wanted to talk about anything BUT the Liberal Party’s same-sex marriage debate. So PVO just wrapped up the interview: 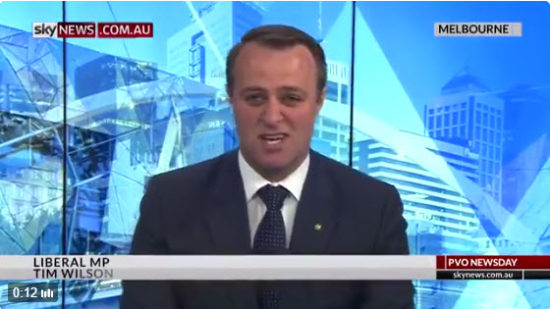 An exasperating typo. Over in New Zealand, stuff.co.uk has made an exacerbating, sorry, exasperating mistake in an article about a landslide:

BBC calling. The ABC’s head of arts is heading to the BBC as commissioning editor of documentary series Storyville. Mandy Chang has been at the ABC for almost five years, and is currently also acting head of non-scripted TV. She has overseen the iView arts channel, and recently worked on David Stratton’s Stories of Australian Cinema and Stop Laughing … This is Serious. Chang will finish at the ABC in September.

Ingram moves to The Alice. Former Daily Mail Australia journalist Lauren Ingram, who named a Greens staffer as her alleged rapist on Twitter, and wrote about the experience, has started her new job at the Centralian Advocate in Alice Springs. In a profile in the paper, she said she was hoping to focus on women’s issues and to “give a voice to those in town who need it”. 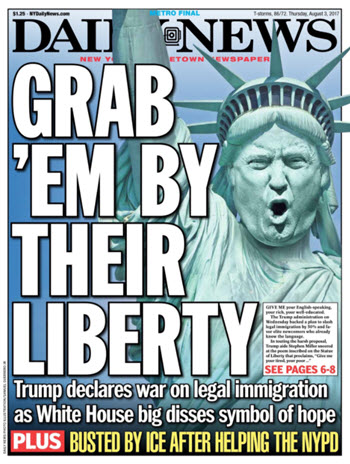 Glenn Dyer’s TV ratings. Seven had more viewers, Nine had more main channel viewers, Ten had some younger viewers for The Bachelor. Nine sort of did better because of the margin in the main channels. Seven and Nine’s News and then ACA did better than anything else. It was a boring night.

Seven’s The Front Bar had another free run last night in AFL states at 8.30pm, Seven’s blokey football show. It managed 432,000 nationally and 266,000 in Melbourne. The Eddie McGuire fronted Footy Show is supposed to be back next Thursday. That will be a costly effort, The Front Bar is modest and low cost, ad with its cast, led by Mick Molloy, will trouble Eddie and the gang who are going back to the ’90s to try and relive past glories, especially with the increasingly odd Sam Newman.

I wish that more journos. would do what PvO did – pioneered by Jane “The Terminator” Singleton who on 2BL 702 cut off Hawke at his most arrogant in the mid80s when he thought himself Emperor and refused to answer her questions.