The area Derryn Hinch was in is on the Australian government's official no-go list for tourists, but he was there as part of a parliamentary delegation with Save the Children.

Five days ago, I was five miles from the Syrian border. We had an armed escort, even though after five days of fierce fighting, Hezbollah had just forced the surrender of militants (formerly aligned with al-Qaeda) near the town in Lebanon we were visiting with Save the Children (STC).

The area we were in is on the Australian government’s official no-go list for tourists, but I was there as part of a parliamentary delegation with STC keen to show us where Australian foreign aid for refugees is going in the Middle East. Not only through Save the Children, but other NGOs like CARE and PLAN and Caritas and Oxfam and the World Food Program and the United Nations refugee agency (the UNHCR). We visited them all in a whirlwind week. And I saw the wonderful work they are all doing, especially with vulnerable kids.

Just to show you the complexities of Lebanese politics: last week, the Lebanese Army sat back, behind a line they had drawn at a nearby disputed ancient road, while Hezbollah ran their own race, so to speak. Hezbollah, a banned foreign military force — proscribed as a terrorist organisation by the United States and Australia — was there successfully fighting a war for Lebanon, on Lebanese soil.

(I should explain that, in a recent and Machiavellian political coup, Hezbollah has been brought into the strange coalition that makes up the formula supposedly leading to well-overdue elections in Lebanon. But I’ll leave that to the Middle East experts to decipher.)

To further confuse you, as Hezbollah forced the white flag from Jabhat Fateh al-Sham (formerly known as al-Nusra Front) and allowed the militants safe passage to Syria in exchange for the return of captured Lebanese soldiers, the Lebanese Army was preparing its own assault on a few hundred Daesh (also known as Islamic State or ISIS) militants holding border enclaves next to the nearby towns of Al Qaa and Ras Baalbek.

That thrust could — just could — finally rid Lebanon of IS-associated militant groups and enhance border security for the first time in yonks. Check Al Jazeera for the latest.

Our week-long visit to Lebanon and Jordan included a visit to a “non-city” of 80,000 Syrian refugees outside of Amman and an illegal settlement of 700 refugees north of Beirut.

It showed us two countries with staggering humanitarian and economic problems, trying to solve the chronic situation in different ways and neither really succeeding. Frankly, I doubt there is an answer. Especially not in the foreseeable future.

In Jordan, they have two massive refugee cities. There are 80,000 people in the well-planned and well-run camp we visited at Zaatari, covering 8.5 square kilometres and divided into 12 distinct blocks. There’s another more primitive one with 55,000 Syrian refugees. 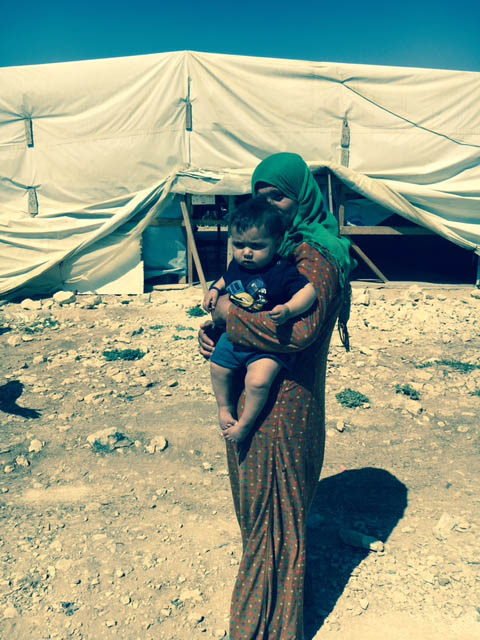 The authorities say it is not permanent and even forbid the pouring of concrete. The families live in what they optimistically call caravans, but which are really dongas, or shipping containers or primitive building-site huts.

The Jordanian government tells its resentful people it is all temporary. But there are power line there — and the water pipes I saw being installed looked pretty permanent. Hinch’s Hunch is that this “city”, one of Jordan’s largest, will still be here in 25 bleak years.

In Lebanon, they are trying to learn from their previous Palestine problem, after they welcomed 400,000 Palestinians into their country years ago. They are all still there in one region.

The government decided there would be no such camps for the Syrian refugees who fled across a porous border after the civil war started in 2011. These new refugees would be urbanised.

The problem is there are now between 1 million and 1.5 million Syrian refugees in Lebanon, and they make up about 35% of the population.

Imagine if Australia suddenly had an influx of 7 million refugees. That’s the influx percentage that Lebanon is dealing with. Or trying to.

The unofficial camp I visited had 700 residents, most of them young kids. There are 2500 such camps across Lebanon. The authorities keep dismantling them and moving the refugees on because the local municipality can’t cope. The nomads then move to an even less inviting municipality and try to start again.

While we were in Lebanon, a fleet of trucks was driving around from municipality to municipality trying to unload tonnes of solid waste. Just imagine the sewage problems. I suspect most of it just goes into the supposedly pristine Mediterranean.

In both countries, there is hidden — but, I suspect, seething — resentment of the aid to refugees from poor Lebanese and Jordanians. Actually, I know it is true. In the hours of briefings we had from various NGO officials they stressed how new programs for refugees also included the disadvantaged in host countries.

In Beirut, two refugee families (one of 10, one six) living in two rooms, without electricity, and being charged US$500 a month for the privilege. They get some charity dollars for food and medicine, but adults and kids go out and work (usually illegally) for a pittance.

In a town near the Syrian border — so close we could see the parched, khaki-coloured, mountainous dividing line — I spent time with a bunch of refugee kids between nine and 16 in a Save the Children safe house.

One case will haunt me. A nine-year-old. Her innocent eyes emphasised by traditional Arabic kohl. 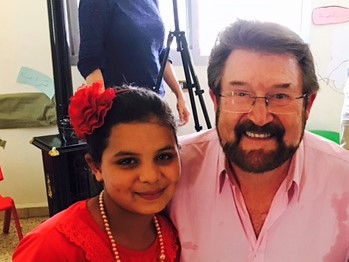 She worked (illegally) sweeping up and cleaning at a hairdressing salon.

I thought, if current practices prevail, she’ll be married to an adult male within five years.

The refugee crisis has caused the percentage of child brides to rocket in both Jordan and Lebanon. Desperate families are sacrificing one daughter for the dowry, and it’s also one less mouth to feed.

In the crowded makeshift towns, where there is no privacy, fathers are also forcing their teenage daughters into arranged marriages to deter sexual harassment and, supposedly, save both their and the family’s honour.

In Lebanon last week, humanitarian groups were lobbying politicians to try to overturn a custom under which the rapist of a child can avoid prosecution and any punishment if he agrees to marry his victim.

He gets of scot free. She is condemned to a life of sexual abuse.

I’ll stop playing foreign correspondent next week and devote the Diary to the dual citizenship question. Are you an Aussie? Oi, Oi, maybe. 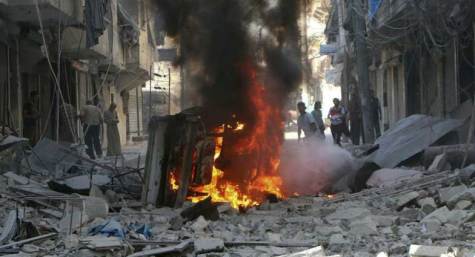 Russia is winning the Syrian war

Derryn, it is a pity that you never took Peter Dutton and Scot Morrison with you. You may have been able to convince them to stop cutting overseas aid, then again maybe that might be asking just too much.

Pity the three of them didn’t stay there.

Whoops…… what a terrible thing to say. Sorry Syria

Thank you for this wonderful article Derryn. You are proving to be a wonderful and worthy Senator.

A “wonderful article” from ” a wonderful and worthy Senator” ?!?
I can’t help but wonder if you’re living in some sort of Wonderland.

Good job Derryn. I trust the same skills can be applied in Australia.

A waste of space (the article, if not also the author), not a single piece of information or insight, it reads like a bureaucrat’s briefing note cut, pasted and plagiarized, Shameless, Hunch, Shameless as always.
Think of the resources wasted shunting him about which could have been so much better spent.
Considering the billions spent on incarcerating & ill treating fewer than 70,000 asylum seekers, “Imagine if Australia suddenly had an influx of 7 million refugees.“.
Yeah, just imagine.