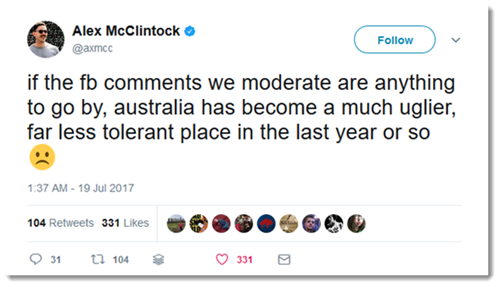 Another pathetic deflective effort from Matthewson.

Agree, can’t believe Crikey is publishing this rubbish. Matthewson, as a CPG insider, would be more at home producing copy for one of Murdoch’s s**t sheets.

It wasn’t Labor which ran a 4 year campaign of relentless negativity, it wasn’t Labor that repealed or curtailed every meaningful piece of legislation around emissions reductions and it isn’t Labor that thinks “meeting in the sensible centre” means giving them everything the RWNJ element of the party wants.

Paula, you must not assume that Shorten is as devious and stupid as his LNP opponents….think it through yourself, and give Labor some credit for playing a much straighter bat than either Abbott’s or Turnbull’s crews.
You cannot polish an LNP turd, and you have not done much of a job so far of rolling it in glitter either..!!

Paula, I hope the editor of Crikey tells you that you won’t be paid for this effort as she shows you the door. Your copy is better suited to the Government Gazette or the Daily Telegraph.

I’m sure Turnbull was generous.

Typical Matthewson – always politics, never policies.
You are a cheerleader for a blank party. You have nothing to say.

“since Abbott commenced his campaign to tear down Julia Gillard in 2009…” – Gillard didn’t become Prime Minister until 2010.