The Crosby Textor connection. The London School of Economics is a prestigious school and holds many glamorous events for its alumni, who are spread all across the world. A tipster tells us next month’s event in Sydney has an interesting confluence of guest speaker and sponsor. The event, to be held on August 8, will host former Secretary of PM&C Professor Peter Shergold, speaking on settling refugees in Australia. The event invite says:

Professor Shergold is Chancellor of Western Sydney University. He has had a diverse career in academia, public service, non-profits and on various boards and panels. From 2003-2008 he was Australia’s most senior public servant, serving as Secretary of the Department of the Prime Minister and Cabinet. He has a PhD in Economics from the LSE.

Professor Shergold’s talk will focus on his current role as Coordinator General of Refugee Resettlement in NSW. It is his responsibility to ensure the state government is prepared for and able to coordinate the arrival of the additional refugee intake from Syria.”

Sounds fascinating, and MS Tips wonders if she should enrol at LSE just to get in on the event. What is interesting is that the event is sponsored by “C|T Group”. What’s that? That would be Crosby Textor Group, the “one stop campaign shop” run by Mark Textor and Lynton Crosby and behind many successful Liberal election campaigns, many based on stopping the boats.

Correspondence. Many Crikey readers will also be devoted readers of Sydney Institute founder Gerard Henderson’s Media Watch Dog blog, which takes the media to task every Friday afternoon. Such dedicated readers will know that the blog has been the work of Hendo and wife Anne’s canine friend Nancy for many years, until Nancy’s death earlier this year. Luckily for the Hendersons and for MWD readers, there’s a new media watch dog on the beat — Jackie, a Queensland heeler from the Gunnedah RSPCA. 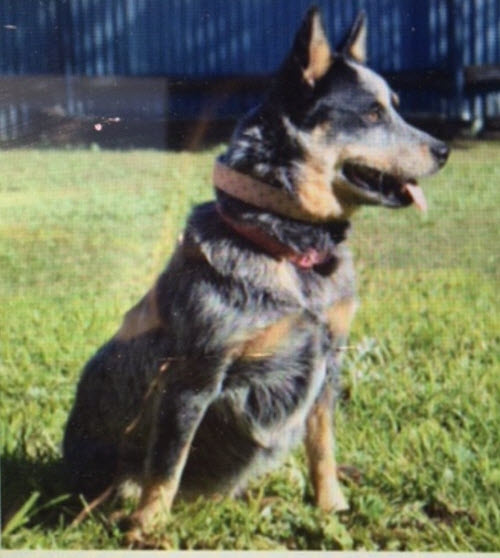 Eagle-eyed readers of MWD will know that on Friday Hendo wrote of the new addition to the family as “Ruby”, but he told Crikey her name was changed to Jackie over the weekend after some controversy. Jackie, who has a diploma of wellness from Gunnedah University’s Canine Department, already has a nose for a story, Henderson says, and will be contributing to the column.

Jackie’s literature diet is a sign of how she will contribute, Henderson says: “The first two books she attacked were books by Robert Manne and David Marr, and I think she’ll soon move to the non-fiction area.”

Nancy won’t disappear from MWD, as she is “in touch from the other side”, with help from US psychic John Edward. Jackie’s (male) co-owner told Crikey that Jackie is the same breed as Nancy because “Anne and I always get our dogs from strays or the lost dogs’ home, it’s usually that kind of breed that’s hanging out and waiting to be rescued”. We give Jackie a Five Paws Award from us and will read her contributions with interest.

Drinks with William. After PM Malcolm Turnbull sat down with the founders of satirical newspaper The Betoota Advocate in March, Opposition Leader Bill Shorten sat down for a beer with editor Clancy Overell and editor at large Errol Parker, posted to Facebook yesterday. We’re not sure if Shorten passed the pub test, but we did notice he sipped his pint verrry slowly compared to his drinking companions. 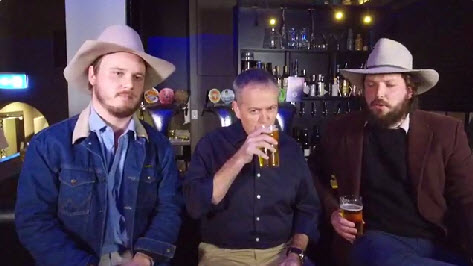 Ad placement the wrong way. Well this is awkward, but it could have been worse. On page 7 of today’s Age, below articles about the tragic death of Australian Justine Damond, was an ad for lawyers offering to help people renounce US citizenship “the right way”. If only Moodys Gartner had forked out for page 5, the ad could have sat underneath the news that Greens’ senator Larissa Waters was a senator no more because she had not renounced her Canadian citizenship. 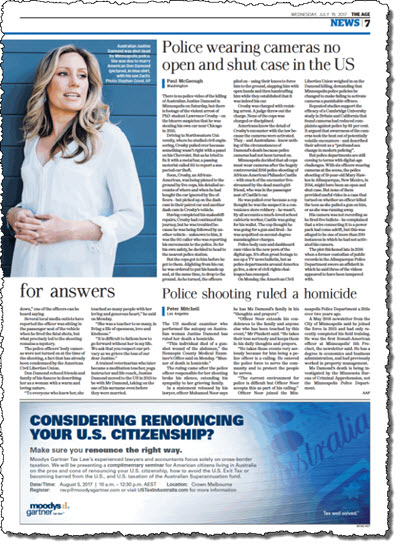 Would that be the same Shergold who told the Press Club, proudly (sic!), that he “… would always hunt down leaks” and that “public servants have NO RIGHT, I repeat – NO RIGHT – to allow their consciences to interfere with their work.”?
Well, no consciences apparent from C/T in their various roles advising the most reprehensible in politics in various countries or Dunnuttin’s department when dealing with “settling refugees” – another case of declamatory hubris “they will NEVER come to this country even if found to be refugees”.
Wonder what the nibbles available afterwards will be, cheap cheddar & cardonnay?