The Herald Sun has video footage of a train brawl with a pregnant woman. The only problem is, the fight (and the video) are two years old.

Today in Media Files, the Herald Sun‘s “staff reporter” gets caught out by a two-year-old public transport fight video, and Netflix is going from strength to strength.

Brawl video goes viral. Again. Shaky mobile phone footage of a two-year-old fight on a Melbourne train is doing the online news media rounds again. The Herald Sun published the video in a story by a “staff writer” this morning, doing some public service journalism with a number for Crimestoppers at the end of the story. But, as Ten journalist Candice Wyatt pointed out on Twitter, the video was old. 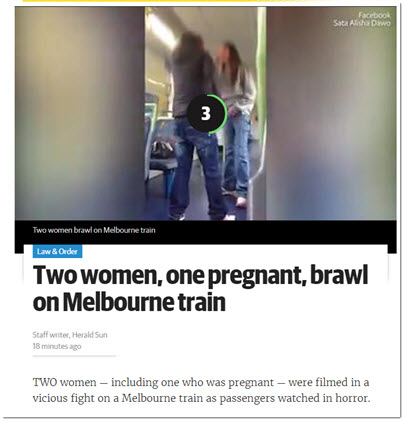 The Hun quickly updated and removed its tweet and story. But it wasn’t the only one to pick up the story second time around. Daily Mail Australia narrated the full video, with plenty of screenshots, in an article published yesterday afternoon. 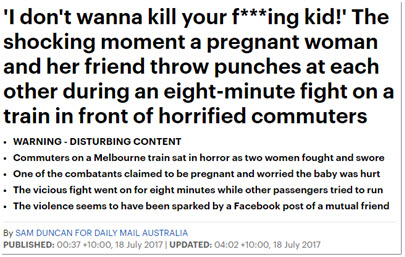 But perhaps the reporter should have checked the Mail‘s own archives first — the same video ran on its website back in October 2015, when other websites including the UK’s Metro picked it up. 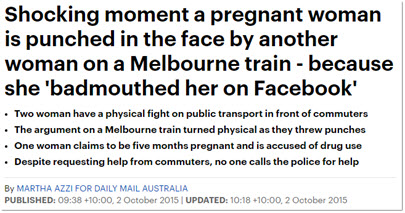 So nice they printed it twice. After we pointed out a sports brief about swimmer Ryan Lochte printed twice in yesterday’s Sydney Morning Herald, a couple of Crikey tipsters emailed in to let us know the same thing happen in Saturday’s Fairfax Drive liftout. On opposite pages, the same piece by Cameron McGavin was printed with some advice on which car to buy. 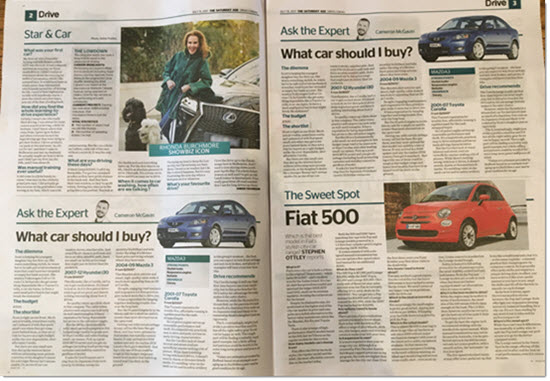 Netflix surprises with quarterly results. The Netflix machine marches on, adding more subscribers than predicted, higher revenues, more profits, and forecasting more of the same this quarter. And yet the earnings statement and a surprise new document from the streaming video pioneer reveals it and its sector measure success and future viability in the same way as the linear TV businesses it is seeking to supplant.

But rather than wanting to dominate, as Google and Facebook have been accused of doing, Netflix thinks there will be room for a lot of successful operators in coming years, which will no doubt include the linear companies as they change as the likes of CBS in the US, and Nine and Seven in Australia.

In Netflix’s second quarter, it had a record 5.2 million new subscribers in the three months to June, against the company forecast of 3.2 million. The total number of US and international subs passed the 100 million mark early in the quarter. The company expects to add another 4.4 million this quarter. Shares in Netflix jumped by 9% in after-hours trading to US$176.19 an all-time high (valuing the company at more than US$71 billion). Revenues jumped 32% to US$2.79 billion for the quarter, with net profit up 60% to US$66 million. For the current quarter it expects revenues of nearly US$3 billion and net profit of US$143 million.

Netflix said 93% of its current own content has been renewed. That is an interesting change because the company is starting to act like a normal TV network, even though there are no ratings as conventional linear TV is rated.

The document outlines why programs get renewed or axed — and it’s all to do with the number of streams they get:

“We strive to be bold in our programming choices and financially disciplined, so we can keep being bold. Every show has passionate fans and committed talent striving for excellence. Sometimes those shows don’t attract as many viewers as we had hoped, compared to our other content. As much as we dislike ending a series early, it consoles us that it frees up investment for another new show, or two. We are programming to please our members and we keep that as our guiding light.”

News Corp Aus names new CFO. News Corp Australia has announced its new chief financial officer as Stacey Brown, replacing Susan Panuccio, who was promoted to News Corp’s global financial chief in March. Brown has been with News Corp Australia since 2012 and has been acting in the role for the past four months. She has also previously worked for the Lowy Family Group, Qantas and Multiplex. News Corp Australasia’s executive chairman, Michael Miller, said Brown would bring exceptional experience to the role. “Ms Brown’s in-depth understanding of the company’s varied operations, combined with her extensive financial management expertise across a number of Australian corporates, ensured she would provide the requisite financial leadership and vision,” Miller said.