What can media regulators do with Facebook and Google?

If Facebook and Google are getting into the news business, how do you regulate the industry?

The emerging digital monopoly platforms like Google and Facebook are as much a challenge for regulators as they are the business model of traditional media.

In the United States last week, the American newspaper trade association — now the News Media Alliance — brought the two together, with a plea for help from the US Congress to allow its 2000-odd members to negotiate collectively with the digital platforms.

There’s a certain schadenfreude in seeing those proud, arrogant corporations who once strutted the stage demanding to be left alone to get on with business now pleading for a legislative leg-up. Of course, although the large media corporations have long waved the banner of laissez-faire, the media has always been heavily regulated and a major beneficiary of favours and decisions by political parties and the regulators they appoint.

The challenge now is: how do national governments and regulators manage the international Google-Facebook duopoly?

In their plea, the publishers said that “current online distribution systems are distorting the flow of economic value derived from good reporting”. In other words, the link between advertising and news has broken and, the NMA says, Google and Facebook now dominate online news traffic and consume the bulk of digital ad revenue. That’s no secret.

They go on: “Because of this digital duopoly, publishers are forced to surrender their content and play by their rules on how news and information is displayed, prioritized and monetized.  These rules have commoditized the news and given rise to fake news, which often cannot be differentiated from real news.”

[How Facebook is screwing over digital publishers (including Crikey)]

If we look past these special pleadings, the media are right to recognise that the power of the platforms demands anti-trust action before it’s too late.

The sort of special legislated exemption to allow collective bargaining for the publishers is unlikely to be the answer. Given the challenges in getting any legislation through the US Congress, it is difficult to see the NMA announcement as anything more than an attempt to get us talking about the problem.

Advertising has left the traditional media behind. The launch earlier this month of AdSense Native Advertising by Google is just the latest step in their march to automate and dominate whatever form of advertising emerges or endures. At the same time, Facebook is trialing extending advertising to its Messenger platform. That advertising will have to come from somewhere, and the evidence is that it will drag even more dollars out of old media and into the platforms.

The power of the platforms doesn’t necessarily negate the power of advertisers. Right now, Google is grappling with the challenge of advertisers seeking greater association with quality. This follows attacks and campaigns to pressure advertisers to withdraw from material it considers controversial.

Google also has to respond to the consumer adoption of ad blockers to push back against the ubiquity of digital advertising. It has announced that the next iteration of Chrome will have some ad blocking enabled, although media companies are concerned that this will favour Google’s own ads over external ads.

In late 2016, Facebook responded to the fake news fiasco of the US presidential campaign by tweaking its algorithm to provide less news at all, prioritising instead more personal posts from friends.

These ad hoc campaigns and responses shape — but don’t challenge — the platforms. Rather, it’s pressure from the European Union that is putting muscle into regulation. Just last month, the EU fined Google 2.4 billion euros for prioritising its own shopping comparison services in search results.

The threat of continuing intervention is encouraging both Google and Facebook to engage with journalism creators. In April 2015, Google launched its Digital News Initiative, followed by its 50 million euro journalism innovation fund. (The third round of DNI-funded projects was announced this month.)

There’s a natural suspicion that whatever the two do, it’s done for their own benefit. Both have been accused of trying to use the software and algorithms to turn the web into their own special type of walled garden.

The platforms’ domination of the 21st century is not going to be challenged in bits and pieces. It requires engagement to shape the platforms for creative work. It requires governments and regulators in the major economies — including Australia — to step up and break up the 21st-century monopolies while we still can. 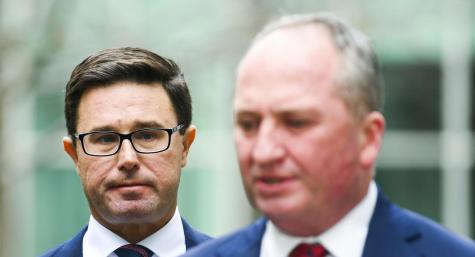 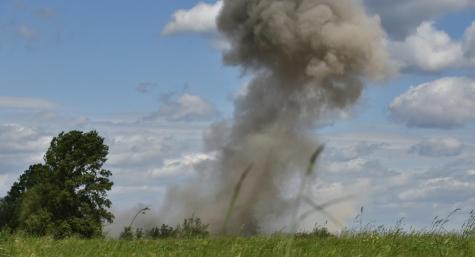 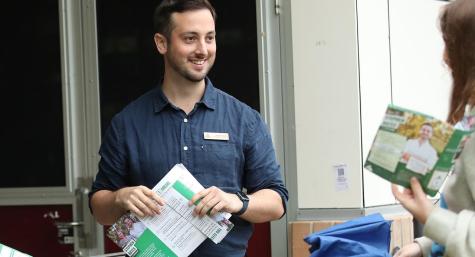