LEAKED: Secret conversation between Trump and Turnbull in ‘The Beast’

What did Malcolm Turnbull talk to Donald Trump about in The Beast?

The highlight of Malcolm Turnbull’s G20 visit was a ride in “The Beast”, the US President’s armoured car, with Donald Trump. Their conversation was private, but satirist Ben Pobjie has got his mitts on an exclusive transcript. He says it’s as real as Trump’s hair, and that’s good enough for us.

TRUMP: You bet your ass you don’t. This car is for the president of AMERICA. You got that?

TURNBULL: It’s a lovely car, Mr President. I wish I had one.

TURNBULL: Yes. Could we perhaps discuss –

TRUMP: It’s bulletproof. No bullets getting in here. If someone shoots at me it’ll just bounce off. Here I’ll show you — you get out and shoot at me. Take this gun.

TURNBULL: I’d love to, Mr President, but if we could maybe discuss the situation in North Korea.

TRUMP: That’s what I think of that, Mickey. Big snooze. Nothing but Zs. I’ve been talking North Korea all week. I did a tweet about it. Great tweet. A lot of people told me they loved my tweets about North Korea. I’ll do another one now.

TURNBULL: Mr President, it was very kind of you to take me on this ride, but we should probably get down to business now —

TRUMP: Business is what I’m best at. I had a business, didn’t I, Melania?

MRS TRUMP: Yes Donald. You had a big business.

TRUMP: The biggest. Huge. Such a big business. That’s my wife, by the way. Beautiful, isn’t she?

TRUMP: Is that your wife?

TURNBULL: Yes, this is Lucy. You met her earlier.

TRUMP: Ugh. Sad. You should get a better wife, Marty. Like mine. Beautiful wife. The best. Nobody’s got a wife like mine. You sure don’t.

TRUMP: I have a fridge in here. Look!

TURNBULL: No thank you, Mr President. I wanted to ask you, with regard to inter-agency cooperation on anti-terror measures … Mr President?

TRUMP: Uh? What? Ivanka, get my spats. Where?

TURNBULL: Maybe we should continue this at a later time. You’re very tired.

TRUMP: I’m not tired. I’m never tired. I love to work. Did you see me at the big table? Everyone was listening to me. The guy from France, the guy from Japan, the guy from that weird country. They were all like, hey Donald, tell us some good facts, and I did. They loved it. People were coming up to me in the bathroom afterwards to tell me how great my speech was, and that I was even taller than I look on TV.

TURNBULL: I think I’d like to get out now.

TURNBULL: Let’s go back to the hotel, Mr President.

TRUMP: Is it time for my juice now?

TRUMP: It’s time for my juice. You have to get out now. 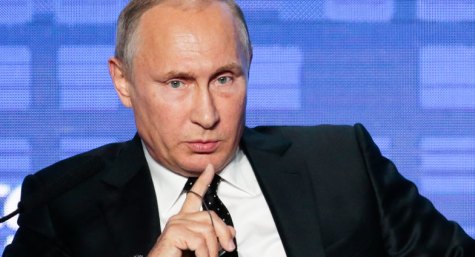 Press hear what they want to in Trump-Turnbull phone call

“Takin’ a dump with Donald Trump!”

Damn you wikileaks. Is nowhere safe to talk now?

Failing Pobjie and his #fake_satire. Quoting a Presidential conversation verbatim is not satire. Sad!