The company you keep ... Alan Jones' weird nickname ... think of the children ...

Malcolm Roberts’ new bestie. Whatever happened to climate denier Alan Moran, whose commitment to racial vilification free speech was too much even for the IPA? Moran used to be the director of the “deregulation unit” (for they do love deregulating things) at the Institute of Public Affairs, but that august body dumped him in 2014 after Moran tweeted “Is there ever anything but evil coming from Islam?’’. Moran, who detests renewable energy and policies designed to address climate change, has written a book this year (published, of course, by right-wing vanity project enablers Connor Court) called Climate Change: Treaties and Policies in the Trump Era. To promote it, he’s been teaming up with notable right-wing writers Terry McCrann, Andrew Bolt, Nick Cater, Ian Plimer (who has his own addition to the Connor Court stable) and Senator Malcolm Roberts at events hosted by the freedom-loving Liberty Works. The graphics are really quite something. 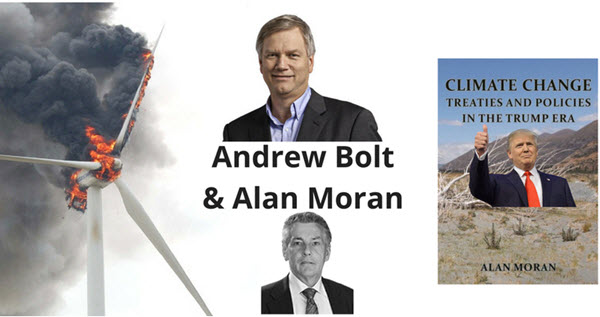 But that is not Moran’s only association with Roberts. Moran has written a 38-page analysis of Alan Finkel’s Independent Review into the Future Security of the National Electricity Market for Roberts. The gist: Australia should do nothing on climate change, abolish the Renewable Energy Target, eliminate the Small-Scale Renewable Energy Scheme, and kill the Clean Energy Regulator and the Clean Energy Finance Corporation. Perhaps Roberts requires Moran’s analysis to keep his mind open about science, as he urged Finkel to do last month. Finkel’s response: “Not so open minded that your brain leaks out.”

Think of the children. Parliamentary friendship groups are those slightly odd institutions of bipartisan (indeed, multipartisan) activity ranging from the fun (parliamentary friends of various sports) to the very serious (parliamentary support groups for people with major conditions like MS, or for issues like suicide prevention) — there’s a list here. The groups come and go depending on the interests of politicians in each Parliament. Since Wyatt Roy lost his seat, of course, James Paterson has been the solitary “young” person in Parliament — he’s doesn’t turn 30 until November — so a Parliamentary Friends of Young People group has been established by the Liberals’ Trevor Evans and NXT’s Rebekha Sharkie. This isn’t for young pollies (and the young at heart); as Evans correctly notes, “regardless of our age as MPs, all of us represent young people and all members are welcome to join.” Evans is 35, making him, along with Labor’s Tim Watts, one of the younger House of Reps MPs, although the Baby of the House (apparently that’s a thing) is Victorian Liberal Chris Crewther (the Senate also has the perpetually controversial Sam Dastyari and the perpetually angry Matt Canavan, both in their mid-30s). Sharkie is a little older, but who’s counting? We look forward to some exciting group events mixing MPs and millennials in coming years.

Bernard Tomic, WA copper? It seems like everyone in Australia is mad at Bernard Tomic right now for faking a back injury during the early round of Wimbledon so he could bow out of the competition, and for declaring himself to be “bored” with representing his country at the most elite levels of athleticism. Racket sponsor Head has dropped him, and the International Tennis Federation has slapped him with a US$15,000 fine for “unsportsmanlike conduct”. Well, good news for Tomic — if he’s so bored by his glamorous lifestyle at the upper echelons of sport (as a thousand tedious thinkpieces will doubtless say he is permitted to be), Western Australian Police would like to suggest a career change … 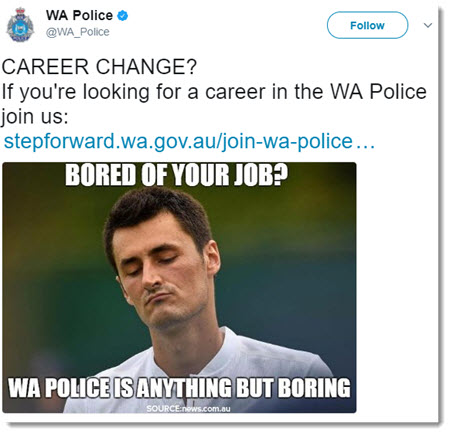 Can’t unsee. Australia’s new boxing darling, Jeff Horn, is called “The Hornet” by friends and supporters. We’re not sure what exactly that makes broadcaster Alan Jones, who seems to have his own nickname for the champ: 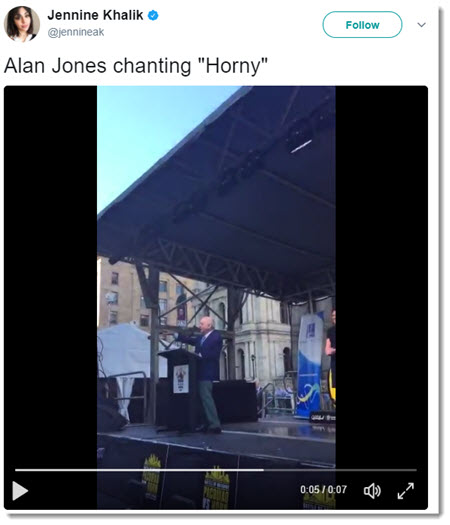 Poor Deadbolt, Moron and Malfeasance Robot et. al. All their brains are “leaking out” as Finkel pointed out.

We’ve watched Tomic grow into a professional prat for a few years – now our media are agog at his latest outburst?
Maybe he’s needed ‘professional advice’ long ago – but no one wanted to countenance that possibilty?

The Jonesy chant reminds me of that classic Sports/Back page Headline in the NT News (to do with boxing) some years ago:- “Hopoate Cops it in the Ring”

Is that the same Stinky Finger or another Hopoate?

No the same one -after he gave away League and took up boxing.

p.s. AR Having lived in the NT for some 36 years, I was enlightened by a journalist as to the “4 C’s of journalism” of the NT News some 25 years ago – Crime, Croc, Crashes and Came here Once. Oooh so true.
As to the rest of Limited News substitute Conservatives for Crocs and you pretty well get the rest of their publications, no matter where.

That’s a pic I’d like to unsee – Jones appears to be doing a Trump, fornicating the podium.