Trump retreats from airplane laptop ban, not that you’d read about it

The original bans, enacted late in March, claimed there was an imminent risk of micro amounts of explosive material being carried on board flights in the likes of iPhones and popular tablets.

The slow but laughable retreat by the Trump White House from unsafely consigning some passenger-carried devices (such as laptops and phones) to underfloor storage on flights from countries where the President has no personal investments continues apace.

You would never know this from a quick read of the more obsequious media reports abroad, but there must be a deep sense of relief in Qantas and Virgin Australia in relation to the risk that the original bans would spread to their flights to the US.

And you won’t read about them as much as one might expect, as this very detailed report in ATW points out that the nitty gritty of the new “enhanced” security procedures, which basically endorse what we currently do, are to be suppressed by a presidency that has no respect for administrative transparency.

This is a key paragraph in that report:

“DHS said the 10 airports where US-bound passengers are currently required to place large PEDs [personal electronic devices] in checked baggage — the so-called laptop ban — can have those PED restrictions lifted if the airports comply with the enhanced security measures being required by the US.”

Extension of that original ban was blocked by EU authorities on the basis, according to insider reporters, that it risked lithium-ion battery combustion events occurring in a hold, where simple, direct intervention by cabin crew to prevent a catastrophic fire developing would be impossible.

The original selective ban also ignored the ease with which alternative routes could be followed by would-be, phone bomb-carrying terrorists determined to attack US targets.

The original bans, enacted late in March, also claimed there was an imminent risk of micro amounts of explosive material being carried on board in the likes of iPhones and popular tablets and other small laptop computers.

No such threat has turned real in subsequent months, leading to widespread speculation that the Trump administration was making it up.

There are many legitimate concerns about the porosity of airport and public infrastructure security procedures. The invention of fake news crap by the White House and security sector “boosters” was unhelpful. 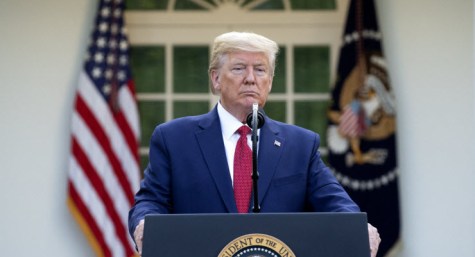 Thanks for pointing out another example of Trump’s lunacy being thwarted.