We're being swamped by Asians! Our Christian heritage is fading! Islam is surging! Calm down, Australian media.

Yesterday’s release of data from the troubled 2016 Census gives Australia a chance to assess who we are as a nation, and who we are becoming, etc. And, according to many sections of the media, who we are becoming is a country of godless Asian migrants flirting with a conversion to Islam. The leading topics in the coverage were the fact that people checking “no religion” as their affiliation was the biggest religious group, the large portion of (particularly Asian) migration and soaring numbers of Muslims. But a close (or even cursory) look a the data doesn’t really bear this out.

By far the most common headline in reports of the data across the News Corp tabloids was “Losing our religion”. See The Courier-Mail’s two-page spread, and small headline in the Herald Sun’s oddly minimal coverage of the Census. 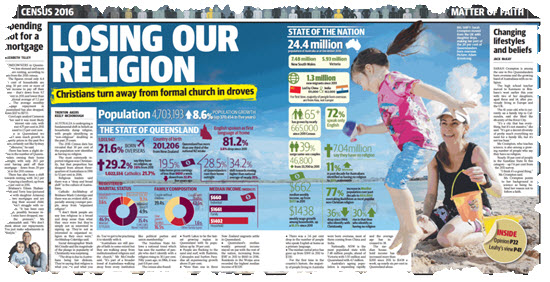 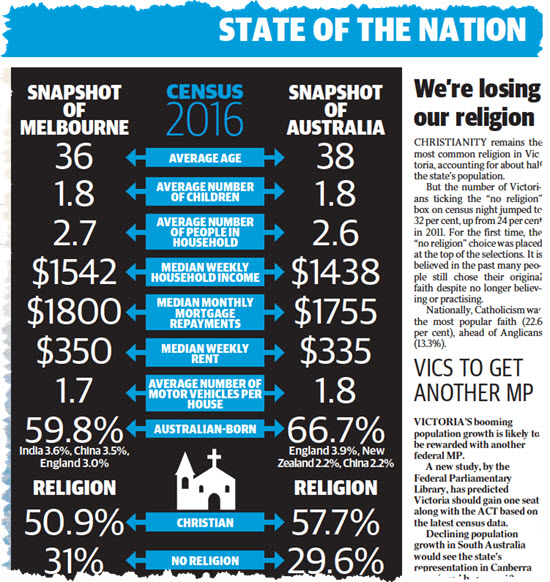 The Australian dedicated it’s front page to the assertion that Australia’s Christian “heritage” is fading: 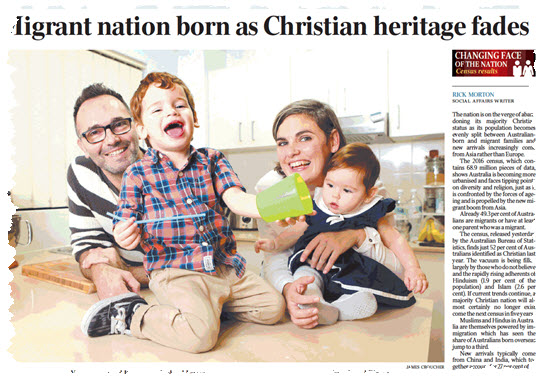 The data clearly states that Australia is still a majority Christian nation. If you break up Christianity into Catholics and Anglicans and others, then people with no religious affiliation is higher than any individual sect, but the 52% of respondents who identify as Christian still comfortably outweigh those who identify as non-religious (a touch over 30%).

Oh and guess what: Asians! They’re the cool new craze!

The Fairfax papers made a particular point of the rise in Asian migration. The Age made Chinese immigrant Eva Zhuang the “face of our changing nation” (a shift from Rachel, whom the paper designated the “typical Australian” when the first batch of census data was released back in April). This passage gives the impression that more migrants are coming from China than England:

“More than a quarter of Australia’s population in 2016 was born overseas (26.3 per cent, up from 24.6 per cent) and for the first time since colonisation, most of the overseas-born came from Asia rather than Europe. 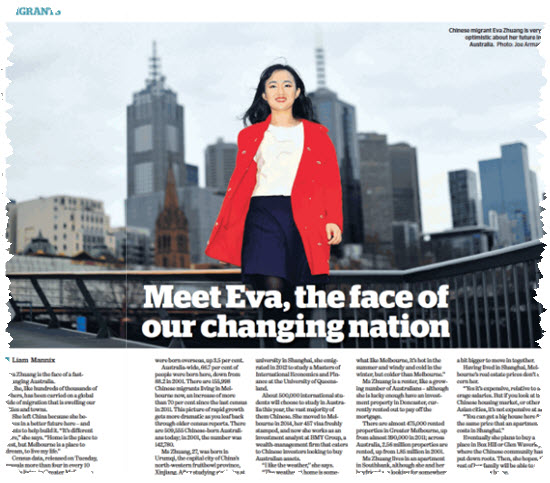 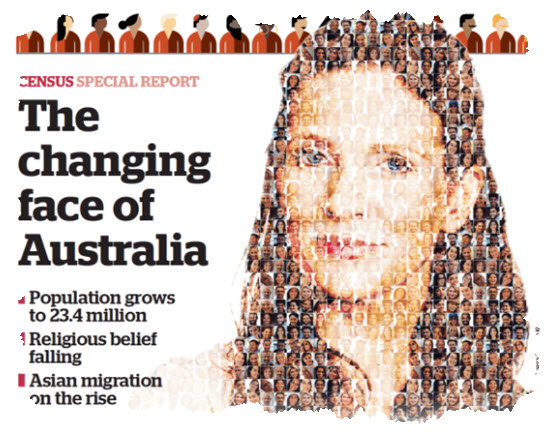 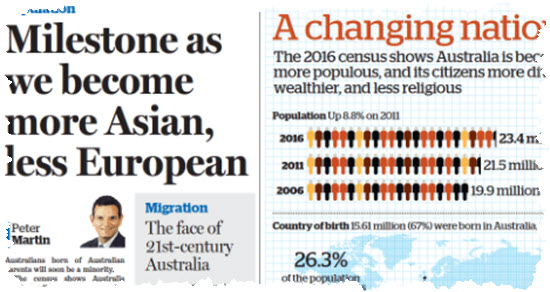 The United Kingdom and New Zealand both remain bigger sources of migrants than any single Asian country, with the UK providing more than double the number of immigrants from China. Can you imagine what the media response would be if Asian migration really had increased to the point where the most common non-Australian country of birth was somewhere in Asia? Oh, we don’t have to. Witness The Daily Telegraph’s response to the news that China was now the most common non-Australian country of birth for New South Wales residents: 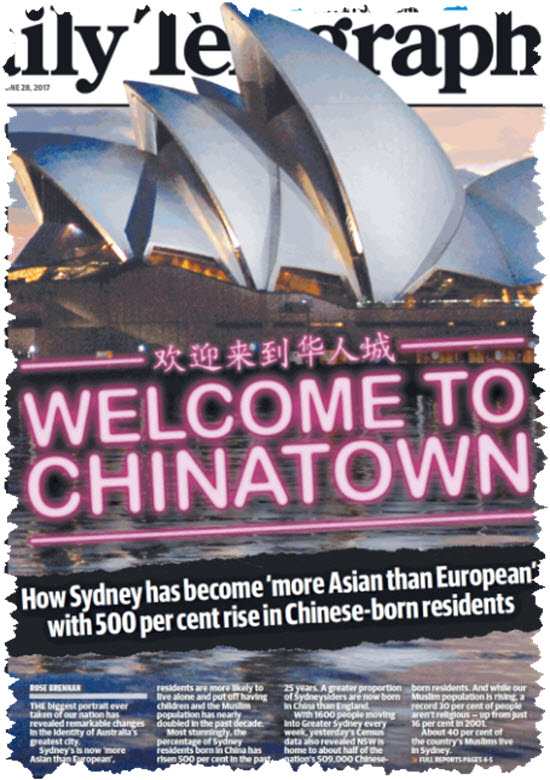 What’s that? A Muslim tsunami cresting on the horizon!?

The Tele also mentions the “surge” of Islam in NSW on page 4, noting that Muslims now make up 3.6% of the NSW population — more than the national average of 2.6%. And you may have caught The Daily Mail breathlessly report “Muslim population in Australia soars to 600,000 as religion becomes the nation’s second-biggest — a 77% jump in the past DECADE, according to Census”. The Mail asserts that this makes it the most popular non-Christian religion, overtaking Buddhism.

The assertion isn’t so much incorrect, as inconsistent with the presentation of information elsewhere — including within the same Mail article. “No religion” is treated as a “religious affiliation” for the purpose of illustrating Australia’s abandonment of religion, but not for the purpose of demonstrating the popularity of Islam. Similarly, Christianity is divided into sects, while the equally schismatic Islamic tradition is presented as a monolith, ignoring the divisions of Sunni, Shia, Ahmadi and others. There is a monumental chasm between Christianity (at 52%) and no religion (30%) and practitioners of Islam. Also left out of the “surge” narrative is the fact that, as reported by the Oz, the fastest-growing religion in Australia is actually Hinduism.

Bring on the mighty Heathens.

Yes, yes, yes…I’ll be very happy when the ‘Heathens’ are 90+%!
Imagine the peace we will have…religion only brings conflict.

We’d have been disappointed if the Tele didn’t have a headline we could laugh at. Bit like that NT rag and their crocs. Its just the usual ‘balanced’ view we expect from the Murdoch press.

I recall a primary school text book, “Fun with Figures” which was a great deal more rigorous & accurate than the mudorc’s rag’s with their “Fear & Loathing with dodgy Figures”.