Credit to the boys. While the Senate sat late into the night debating the Gonski 2.0 legislation, up in the front of Parliament MPs, senators, staff and journalists gathered for the second NRL State of Origin match. Some Labor MPs and senators were dressed in blue for once, while some Victorians showed their rivalry with New South Wales by supporting Queensland. Warren Entsch, Sam Dastyari, Emma Husar, Jane Prentice, Matt Keogh, and Scott Ryan were among those in attendance at the event, which was put on by brewing companies. It’s the first time in months that drinking Coopers in Parliament House has been uncontroversial. Seemingly unaware of, or unaffected by, the growing outrage over her comments suggesting kicking autistic kids out of regular classrooms earlier in the day, Pauline Hanson was cheering the Maroons on as they managed a surprise last-minute victory thanks to a late match conversion by Jonathan Thurston.

In question time earlier in the day, Immigration Minister Peter Dutton had predicted Queensland would win by 10. Perhaps Dutton was counting the number of crossbench senators needed to pass the Gonski changes. It will need to be 10 to get them across the line today.

Penny Wong goes global. The long-running feud between Senator Penny Wong and Senator Ian Macdonald has gone global, with the tit for tat between the two in the Senate picked up by French website Brut, which mainly just exists to post viral videos. Using the word “manterrupting” to describe Macdonald’s interjections, it includes Wong’s response: “You’re not my type either mate, don’t worry about it.” We’re not sure if the true meaning of “mate” in this context could truly be translated to French in this case. 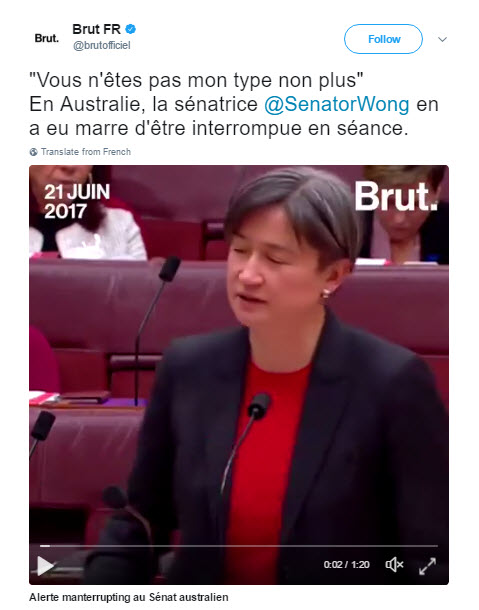 What does clean coal have to do with citizenship? The Australian published an example of what the new, more difficult English test for Australian citizenship could include this morning, and it looks like we have moved a long way away from the idea that people should know Don Bradman’s batting average. Provided by Immigration Minister Peter Dutton’s office, the example covers questions that could be asked of migrants after they have read a passage of text about climate change. While it’s difficult to tell just how difficult the questions are without seeing the text they are based on, we wonder how easy it would be to understand the idea of “clean coal”. 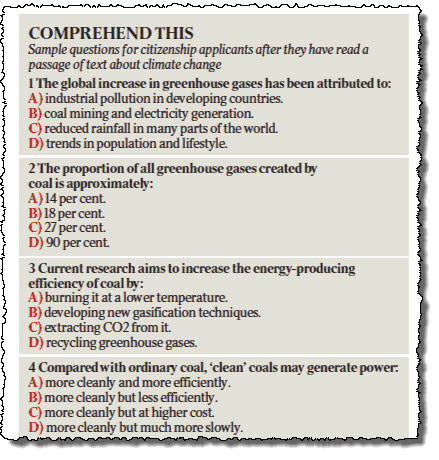 Perhaps working out when referring to someone as “mate” actually identifies the person as a friend, enemy or frenemy would actually be easier.

Clearing out the New York office? There were reports last week that Mia Freedman’s expansion into the US could be damaged by the furore around her interview with US author Roxane Gay, after Freedman was forced to apologise for revealing requests made by Gay’s publicist and labeling her “super morbidly obese”. Freedman has been trying to break into the US market with the brand name “Spring.St”, a website so bright it hurts, with the tagline “the happy place for smart women” (top trending story currently: “Watch Your Tone on Social Media, It Could Be Wrecking Your Diet”). In an interview in the US press last month, Freedman said “Now we have more than 100 women than we employ in five offices around the world, including in New York”.

We have heard from a tipster that even before the controversy with Gay, things haven’t been going so well in New York, with most staff being let go in the New York office a few weeks ago. We asked the Mamamia Women’s Network if jobs had been lost in New York, but the question was not directly address. Instead a spokesperson said:

“Spring St continues to publish daily under the stewardship of the NY based editor as we develop cross market and brand content offerings. The recently launched ‘Tell Me It’s Going to be Okay’ podcast is an example of globalised content being developed simultaneously from the US and Australia. As with all publishers and media companies we continue to identify efficiencies and overlaps across the broader business.”

So it’s not a confirmation of our tip, but “continuing to identify efficiencies” doesn’t sound like a no either.

Zut Alors will know the answer to the translation of “mate” into French.

As for Muttonhead, if that’s an example of the sort of questions to be included in the new citizenship laws, “quelle horror”.

By the rules of marking comprehension tests, the correct answers are those which are asserted by the author of the text to be comprehended. About climate change, an intelligent migrant is likely to know better and select the “wrong” answer instead. Maybe a text about a long-dead sportsman would be more fair.

For those too aware to be taken in by the govt’s attempt at propaganda, question on ‘clean’ coal is missing answer E) There’s no such thing as clean coal.

There’s no such thing as climate change according to a number of members of this government.
I still don’t hold with Team Oz II defining “Oz values”.

Anyone can easily find out how difficult the IELTS test is. There are numerous example tests available online.
And yes, it is absurdly difficult. This may well come back to bite Dutton. How many Liberal voters will have migrant parents who wouldn’t have had a hope of passing?

How many Liberal voters could pass it? Perhaps slightly more than gNats voters but would it reach triple figures, total?