Who are the Liberal MPs worried about Turnbull’s Clean Energy Target?

Crikey intern Will Ziebell looks back over past public comments to work out which MPs could end up dissenting.

With the numbers supposedly evenly divided between the Liberals and the Nationals, it’s worth taking note of exactly who among the Liberals is on the record as being BFFs with coal. So here are the defenders of coal, in their own words:

The former PM is still ardently attached to the rock he’s described as good for humanity.

“If you are rewarding one type of energy, inevitably that money has to come from somewhere; either from consumers or tax payers. If it’s from consumers then it’s effectively a tax on coal and that’s the last thing we want.” 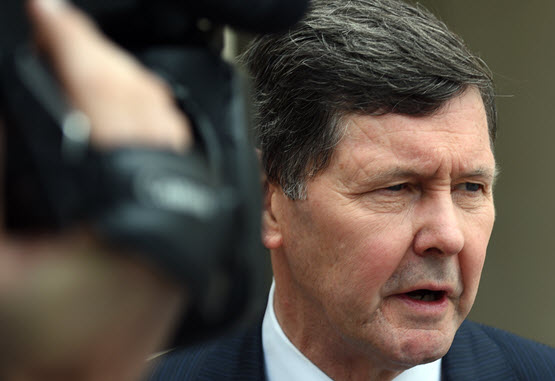 Kevin Andrew’s wrote on his blog on Wednesday, June 14 about coal’s past and future success:

Back in April 27, 2016 the Queensland Senator tweeted about coal’s positive impact on dental hygiene, “For those who always denigrate coal, here is another plus it brings in addition to electricity & good living #auspol”: 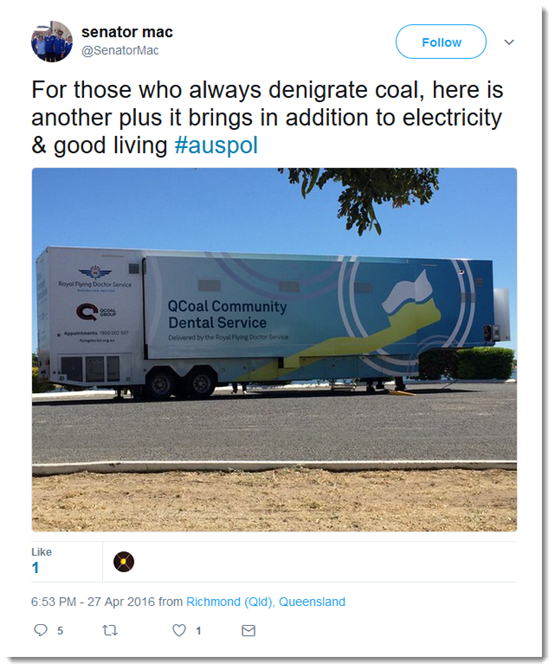 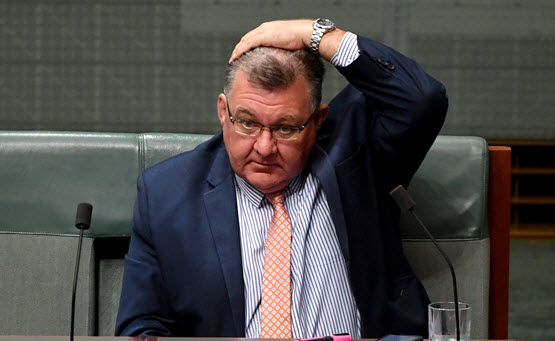 Craig Kelly wasted little time after the Finkel review was released telling his Facebook followers on June 10 what he thinks about coal:

“Low cost, abundant and reliable electricity was the competitive advantage that has under-written our nation’s prosperity for decades, and given Australia the ability to afford to pay for our world class hospitals, schools, and aged care centres – to give those with disabilities dignity and fair go. “If we surrender that competitive advantage, through drinking the green Kool-Aid – we simply won’t be able to afford the hospitals, the schools and the age care centres that we expect.” 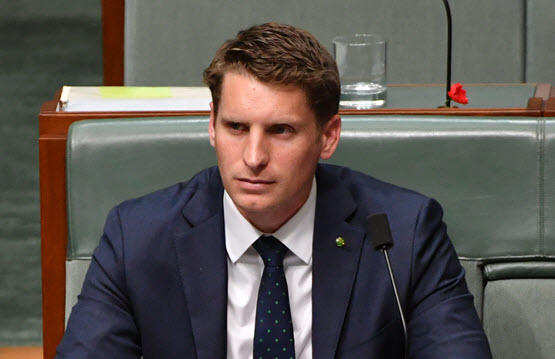 Hastie told his Facebook followers on January 20 about coal’s importance to Western Australia:

“Australian families cannot afford it. We are most vulnerable in WA given our isolation. Our resources economy depends on low-cost, secure energy. And unlike SA, we can’t draw on Victorian power if the lights go out.” 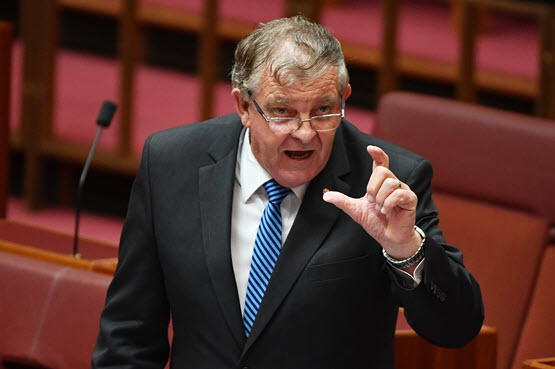 The retiring Western Australian Liberal told Parliament on February 14 that there’s a lot to be said for Australian coal:

“If Australia did nothing else but ensure the sale of our high-energy low-emission coal to China to replace their low-energy high-emitting coal, we would be doing the world the greatest service. We only produce 1.5 per cent of the world’s greenhouse gases ourselves.” 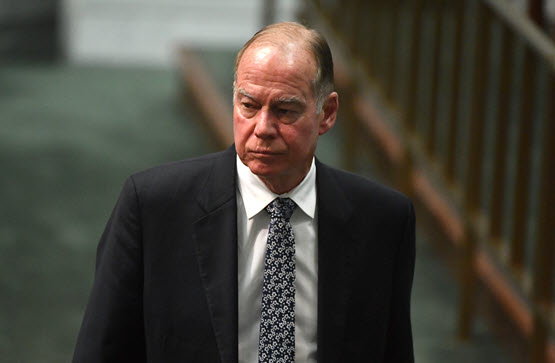 Broadbent represents those workers who lost their jobs when Hazelwood Power Station closed, and he reasserted coal’s future on March 17, 2016:

“There will, over time, be a transition in the Latrobe Valley stationary energy sector. We know that. It is mainly because of ageing infrastructure and a fall in demand in the national electricity market. But, for at least the next 30 to 50 years, coal will remain a major source of electricity generation.

“That is because it is cheap, it is reliable and it is available in abundance. A power station employs thousands of people, both directly and indirectly. We all agree that moving to a low-emission future is necessary. We are doing that as a government right now.”

On November 15, 2015, Taylor wrote in The Australian why we needed to stick with coal for the time being:

“We need a better-paced approach that recognises our strong population growth and our focus on relatively low-emission commodity exports. It will allow time for the cost of renewable technologies (and crucial storage technologies) to fall while old sectors adjust at a reasonable pace. It means giving businesses time to find innovative energy efficiency solutions while we improve our understanding of land-use impacts on carbon storage. Most important, it will bring the public on the journey.” 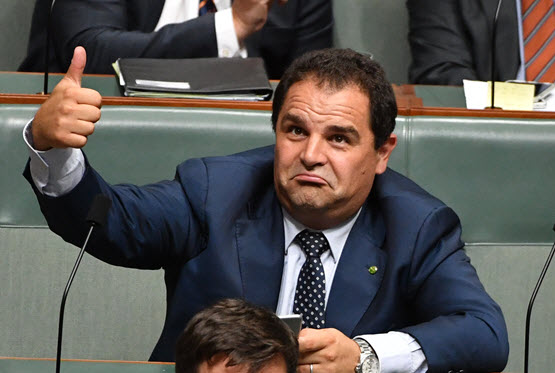 Pasin told 7.30 on June 13 that Finkel was asking Australians to “make a quantum leap of faith” away from coal:

“I’m not sure that it’s good science or good politics. What I’m focused on is lower costs, lower emissions and higher levels of reliability.”

Not just coal, it’s coal and gas that we must replace for cheap, reliable power. Just a matter of time and not much of that. We must do away with both in the lifetime of today’s rug-rats.

This pack of denialists have no place in Parliament. They are so dumb they can’t understand basic good sense. Why wasn’t Malfeasance Robot (he of never-ending conspiracies and whose brain is known to leak out of his head) mentioned too?

He’s a Phoney Senator, just a LNP wannabe! However just as insignificant!

So, “anyone on a coal sponsorship”?

Someonen tell these bloody fools that half of the reason for the energy costs is the fact that they sold the power system. WA should use combine cycle gas. They have plenty and their coal is ordinary. Victoria used the most dangerous coal mines in Australia to run trains. Rather than use NSW coal. Why doesn’t someone stand toe to toe and say there is no such bloody thing as low emission coal you fruitloop. The best of the best runs at roughly 45% thermal efficiency. CC gas at 60 odd. It wastes more than it uses!!!!

124C4U
Reply to  old greybearded one

Evening Greybeard,
Do you remember when the W.A. LNP Government allowed the mob that owned the coalmines that supplied W.A. power generators to sell them?
An Indian Co. bought them to great acclaim from Barnett LNP Premier.
A couple of months later the Indian Co. said that they intended to export all their production to India. Barnett and his mob went into blind panic mode. So much for LNP economic management. How it was resolved I don’t know but I bet it cost the State Zillions.
To top off the Economic DNA in our veins expertise they closed Kwinana power station which was gas fired.
Indian buisinessmen 1- Australian Pollies 0. Gotta love it. keep watching the scoreboard!

These people are supposed to be the parties of business but these members seem oblivious to the changing energy market, where coal is not the cheapest energy source and fewer countries want the product. I guess they have been emboldened by the GOP flat earthers. And to think that members of parties that profess not to pick winners and let the car industry go to the all are risking a Khemlani style risk of taxpayers funds with a risky coal mine project in Queensland . They also have members seriously advocating government assistance to build coal fired power stations.
I thought that power prices were supposed to fall when the “toxic tax” was abolished ! Rising power prices are I suspect set to become a bushfire consuming Coalition support.
I wonder which power supplier will be first to go into receivership once the price death spiral gets going.