The Australian Labor Party, protector of the battler, is going deeper into the addictive poker machine caper to help fund its Canberra political operations.

When you’re a great migrant nation and also the world’s biggest gamblers, then of course it should come as no surprise that Australia’s oldest and biggest political party would pay $583,000 to buy a bunch of poker machine licences in Canberra from an Italian community club.

That’s what The Canberra Times reported yesterday. Yep, the Australian Labor Party, protector of the battler, is going deeper into the addictive poker machine caper to help fund its Canberra political operations.

No wonder the voters are jaundiced about big parties, rent-seeking and campaign finance, as was discussed at length with Tim Shaw on 2CC radio in Canberra yesterday morning.

Clearly, none of the six Labor Party appointees to The Labor Club board agree with this recent pokies-focused Nikki Gemmell piece in The Weekend Australian magazine, which concluded as follows:

“The Federal Government’s Australian Gambling Research Centre has found that sports betting in this country has grown substantially and is a significant contributor to problem gambling, particularly among our young men. Of course, Australia’s major sporting codes are reacting furiously to the government’s proposed reforms to in-match gambling. But please, enough. We do not need gambling increasingly normalised in this country. The industry stinks and everyone knows it. Here’s to all the courageous voices in this arena — not those prepared to sell their souls for it.”

When you go back and look at which of the major parties is most responsible for Australia’s world-record gambling losses of $23 billion a year, it is the ALP that takes the gold medal.

As Jeff Kennett likes to point out on Twitter, it was the late Labor premier Joan Kirner who introduced pokies into Victoria and proposed to roll out more than 40,000. Kennett cut it back to 30,000. Kirner expressed great regret about this policy folly, as did the late great Queensland Labor premier, Wayne Goss.

As for the introduction of casinos into Australia, it was the Tasmanian Labor Party that gave the Farrell family’s Federal Hotels the Wrest Point casino in the early 1970s and later iterations of Labor which gave Federal Hotels a monopoly licence to own and operate pokies right across Tasmania.

As James Boyce outlines in his recently released book, Losing Streak: how Tasmania was gamed by the gambling industry, Will Hodgman’s Liberal government in Tasmania can choose to not renew this monopoly pokies licence when it expires next year, if they are re-elected.

As an island, Tasmania is the one jurisdiction where removing poker machines from all venues bar the casino wouldn’t lead to the community diverting their hard-earned to addictive machines in other states. This issue will almost certainly be front and centre in the forthcoming Tasmanian election, which must be held before May 19, 2018.

In other gambling news, submissions to the NSW Government’s Local Impact Assessments panels close on Sunday.

This is a review triggered by one of the clauses in the notorious memorandum of understanding that former NSW premier Mike Baird signed with Clubs NSW — an agreement that Sydney Morning Herald state political reporter Sean Nicholls recently described as “extraordinary”.

Right now, courtesy of the grip Clubs NSW has on the NSW political system, pokies applications aren’t decided by council at all, and are shunted straight through to the state run “local impact assessment”. Local councils fighting a pokie pub development can fight it on car parking impacts and noise, but not the devastating impact of the pokies. This is very different to the treatment of alcohol and other dangerous products.

Incredibly, Clubs NSW is pushing for even less regulations as part of the review even though NSW has the highest concentration of poker machines and pokies harm in Australia.

NSW is also way behind Victoria on the question of open data about pokies losses by venue, although we do know a staggering $80 billion was pushed through the state’s circa 95,000 machines last year.

Tom Cummings, a reformed pokies addict, is currently running a GoFundMe campaign to raise $5000 to buy a whole bunch of NSW gambling reports, which should be freely available.

For instance, the following list of the biggest NSW clubs in terms of pokies by venue was only obtained through an earlier payment Cummings made to the state government.

The 14 biggest NSW pokies venues outside of The STAR:

Who would have thought the Catholic Church would be running a venue in Western Sydney with 490 pokies. That’s one more than the total across the Labor Party’s four clubs in Canberra. The Catholics, in fact, own about 10 NSW venues with more than 1000 high-intensity machines in total, creaming many millions off vulnerable people.

When the Labor Party and the Catholic Church are both in on the pokies giggle, you’ve got a problem. The Lib-Lab duopoly won’t take donations from the tobacco industry and, unsurprisingly, we have one of the lowest smoking rates in the world. Tobacco taxes fund a lot of good community services, but we still manage to pursue policies that limit the spread of this dangerous addictive product. Shouldn’t the same apply with pokies?

Former ACT chief minister Jon Stanhope penned a stinging letter to The Canberra Times earlier this month calling for the ALP to sell its pokies clubs. Why is it all these Labor leaders become so brave after they leave office?

If there are any incumbent Labor elected representatives in NSW or the ACT prepared to publicly slam the pokies industry, please drop us a line to stephen@agr.org.au.

More than 20 Victorian councils have joined The Alliance for Gambling Reform but people keep saying most NSW councils are totally captured by Clubs NSW, which threatens to politically destroy anyone who speaks out against the pokies. Surely, it can’t be that bad north of the Murray? 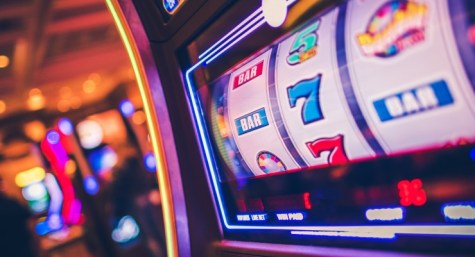 And don’t forget who put pokies into pubs in NSW.

WA is thankfully free of pokies except within the dedicated Burswood Casino. However our commercial TV screens are flooded with toxic gambling ads made to start with a few seconds’ sport footage and morph into appeals to the more stupid viewers to waste their money on Ladbrokes or SportsBet or Crown etc etc. The Australian Government has mooted that it will legislate to stop this during daytime but so far has been too busy debating with, before caving in to, Tony Abbott’s metastases in the party room to attend to governing the country.

And don’t forget that the CFMEU runs Canberra’s biggest pokies club and is a major donor to the ALP in the Territory. The union, along with the Labor Chief Minister, wants to allow pokies into the Canberra casino which at the moment is pokie free

Horrible things, poker machines. The noise of them. Shudder! My mother likes them and occasionally ( when I can’t get out of it) I accompany her to the local leagues or RSL club she likes. The thing I always notice is the pokie area is the only place other than the dining room that has comfortable seats with a back rest. I wonder why that is?

It should not be forgotten that the original pokie reform put forward by Wilkie & Xenophon was for $1 machines.
Simple, allowed the addicted to waste their time without blowing their budgets and massively cut the profits of the blood sucking industry.
Gillard rejected it out of hand but pretended to support the absurd ID card, self exclusion and other restrictions which were so easy to campaign against.
Before screwing them both by putting the Slipper in so no longer needing Wilkie’s vote.
Like coal, tax evasion by the BigAr$e end of town and a multitude of other abuses, there isn’t a cigarette paper between T1 & T2.