Employers actually quite like the Shoppies union, while unions would rather not talk about it, and Bridget Mackenzie goes hard.

The Senate inquiry into corporate avoidance of the Fair Work Act continued last week, with the peak body for unions and employers being grilled by senators about various trends in employment law. Here are a few things you may have missed:

Two of the most reliable sticks with which to beat the union movement in recent years has been the conduct of two of their biggest members: the shop assistants’ union, and the construction industry union. The Shoppies (also known as the SDA) have been pilloried in the media in recent years (particularly Fairfax) for delivering agreements that stripped away the penalty rates of members working at Coles and various fast food outlets. And CFMEU members have long been the media’s go-to unionist thugs, coercing and disrupting site after site.

Certainly this was a line of inquiry that Nationals Senator Bridget McKenzie wanted to follow with Australian Council of Trade Unions’ head of legal and industrial matters Trevor Clarke. But Clarke, apparently, just doesn’t follow these things. McKenzie cited several cases in which the CFMEU or its officials had been found guilty of coercion or criminal conduct and, in every example, Clarke claimed ignorance.

The decision of Justice John Reeves finding the CFMEU guilty of coercion in February?

“I’m not familiar with that, I’m sorry.”

“I’ve heard the name Barangaroo, but …”

“Well, it involved charges against a state sec of the CFMEU, I’d be very surprised if you weren’t familiar …”

“Well, it’s a criminal matter, so I’m not at all surprised I’m not across it …”

The Lack Group in Queensland, a labour hire company that was allegedly a front for the CFMEU?

“I’m not familiar with them sorry … I can’t assist with that today.”

He also hadn’t had a chance to read the day’s Age, which contained a story detailing yet more damning evidence that the SDA’s Coles agreement had disadvantaged “up to 60%”of covered workers, and thus couldn’t comment. It made the posing of questions on notice a little awkward for McKenzie, who couldn’t hide her surprise and had to add a line to her questions — “Could you, ah, familiarise yourself with the decision, and then get back to your officers and then get back to us …”

2. What’s so bad about avoiding your obligations?

While Clarke bemoaned that Australia’s industrial relations regime, particularly around the limited ability for a workforce to strike, puts Australia “on the wrong side” of international labour law, the Australian Chamber of Commerce and Industry took a different view: in a “heavily regulated” country like Australia, why these “sinister” loaded terms like “avoidance” or “insecure work”?

ACCI employment director Jenny Lambert would prefer to describe the latter as “changing employment arrangements”, and deputy director of workplace relations Alana Matheson offered “alternative employment”. Lambert insisted one person’s “insecure work” is another person’s “wanting flexibility”, and Matheson was sure that employees had an increasing “desire for flexibility and opportunities for self employment”.

In contrast to Clarke’s reticence, Lambert was very happy with the work of the SDA. Asked by Chris Ketter (himself a former SDA official) about the template deal struck between the SA Business Council and the SDA in that state, she said: “We support the striking agreements that suit enterprises needs, and we want to see more,” adding the act needed to allow for agreements that contained more “flexible employment arrangements”.

3. Give us some damn ammo

Employment regulator the Fair Work Ombudsman (FWO) did not, however, think more flexibility was what was needed. Ombudsman Natalie James gave evidence around the recent case of GPS, a cleaning company that underpaid its staff by hundreds of thousands of dollars over many years. The most telling detail about the prosecution of GPS is that it was not Rosario and Enrico Pucci’s first run-in with the law; the first serious underpayment problem was dodged by Rosario dissolving his company, meaning it could not be pursued by the FWO.

The lower fines available to individuals under the act meant he got a paltry fine of $4400 — not nearly enough, clearly, to deter him from continuing to treat his workers like “slaves”, as the Federal Court put it. James spoke longingly of the Protecting Vulnerable Workers Bill currently before Parliament, which would introduce greater penalties (including for employers who deliberately keep no records) and superior evidence-gathering abilities, which would allow her office to genuinely deter this kind of behaviour. 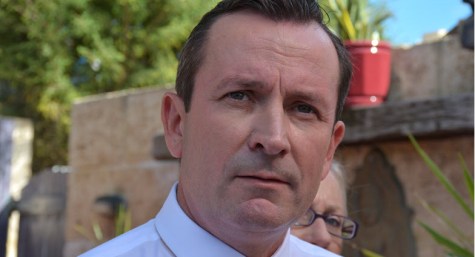 The many forces trying to ‘tear up’ our workplace laws

Making deliberate underpayment of employees a criminal offence with mandatory prison terms for owners and directors of companies engaging in that behaviour would be far more effective than paltry fines.

That river in Egypt will not help Clarke avoid being seen as a union Seenodonors.