Michael West went the full Godwin in his ongoing feud with The Australian over the Oz's hatred of GetUp.

Today in Media Files, The Australian‘s campaign against GetUp has dragged in business journalist Michael West, and he’s hit back. And Channel Nine has been named in a lawsuit over the death of a man in a 2013 Melbourne siege.

Good feud guide. Former Fairfax business journalist (and occasional Crikey contributor) Michael West has hit back at The Australian after being drawn into its campaign against the Australian Press Council’s newest member, GetUp director Carla McGrath. West, who now runs his own website, has been working with GetUp and the Tax Justice Network on an investigation into 20 multinational companies and their tax affairs, which the Oz reckons isn’t very independent. West has detailed the back-and-forth with legal affairs reporter Chris Merritt over on his website, writing:

“In any case, receiving a tutorial on journalistic ethics from the folks at News Limited is a bit like being accused of being a Nazi by Adolf Hitler.”

Channel Nine sued over siege death. The mother of a man killed in a police siege is suing Channel Nine over a journalist’s involvement, The Age has reported. Convicted rapist Antonio “Tony” Loguancio called Nine Network chief of staff Kate McGrath numerous times during a 43-hour siege in Glenroy, Victoria, before he fatally shot himself in 2013. One of the phone calls lasted almost an hour. Police had been searching for Loguancio for almost a week before they found him, prompting the siege.Victorian coroner Audrey Jamieson called on the Australian Press Council to revise its guidelines in March in her findings into Loguancio’s death. Jamieson found that McGrath had interfered with a police investigation but had not caused the death. According to Liam Mannix’s report over the weekend, Loguancio’s mother, Lesley Gilmour, lodged a suit in the County Court of Victoria last month, saying McGrath’s action had interfered with police’s ability to peacefully end the siege. Nine told The Age it rejected Gilmour’s version of events.

More Age departures. The Age columnist Martin Flanagan is yet another of the writers to be leaving Fairfax in the latest round of cuts. Writing his last reflection published over the weekend, he paid tribute to his brother Tim and reflected on his 32-year career in his final sports column. Walkley award-winning health journalist Julia Medew is also leaving, as is The Age‘s science editor Bridie Smith and political editor Michael Gordon. Crikey is keeping track of those leaving Fairfax here.

Front page(s) of the day. 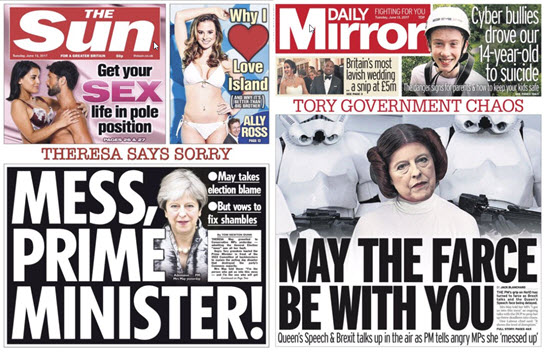 The Grauniad downsizes. The so-called liberal, serious Guardian newspaper is to join its more conservative and populist UK rivals (such as the Daily Mail and The Sun) by going tabloid. It’s abandoning the Berliner mid-sized paper shape it’s had since it spent 80 million pounds on new printing presses in 2005. The move is designed to continue the cost cutting that started a year ago, in an attempt to reduce continuing operating losses.

Rival publisher Trinity Mirror, which owns the weekday and Sunday Mirrors and the Sunday People, will print The Guardian on its presses. Since The Guardian started printing the Berliner size back in 2005, its daily sales have fallen to an average of 154,010 copies a day, compared with 367,478 before. And despite the growing digital audience, it still makes most of its money from print. It is now getting millions of pounds a month from “supporters” who pay a series of fees, which is a small glimmer of hope. Management says it will be profitable by 2020 under a three-year cost-cutting plan, which is now in its second year. Some 300 jobs in the UK and US have gone in the past year as part of this plan. — Glenn Dyer

News Corp’s confected ABC-bashing. A few years ago, News Corp Australia hack Piers Akerman criticised the ABC for broadcasting the world’s most popular pig, Peppa, without realising the show was a favourite of kids broadcasts on News Corp Australia’s 50%-owned pay TV monopoly, Foxtel. Last week the same ignorance was on display when the likes of Andrew Bolt criticised the ABC for screening two hours a day of content from the Al Jazeera news channel (in the very early hours of the morning).

The man time forgot, Senator Cory Bernardi, also chimed in. Bolt failed to acknowledge that Al Jazeera is carried on Foxtel on channel 651, as did Bernadi and The Australian, whose Cut and Waste column had another go last Friday.

Why criticise only the ABC and not Foxtel, which derives a benefit for News Corp and co-owner Telstra (Jazeera pays to be broadcast on Foxtel)? Al Jazeera has been broadcast on Foxtel since 2012, and the deal brought no protests at the time.

But wait, Bolt, Bernardi and other motor mouths have missed a new potential channel of terror. They should also be calling for Foxtel to drop beIN Sports, which is the rebranded Al Jazeera Sport global operations, spun off in 2013 and renamed. It is on Foxtel and Fetch TV (a Foxtel rival) and broadcasts a lot of soccer from Europe and other regions and rugby union — offshore tours by the revolutionaries in the Australian Wallabies and the NZ All Blacks. — Glenn Dyer

Glenn Dyer’s TV Ratings. Solid wins for Seven on Sunday and Monday nights (nationally and in the metros and the regions) with House Rules starring on both nights, along with Seven News. Ten had a poor night, being pushed to fourth in the main channels in the metros by the ABC, thanks to the very good figures for Four Corners‘ excellent revisiting of the Queensland corruption story of 1987 (Moonlight State by Chris Masters) via the brave police whose whistleblowing led to the Fitzgerald Royal Commission, the end of Joh Bjelke Petersen and his Police Commissioner, the corrupt Terry Lewis and the jailing of minsters, police and others. Four Corners was watched by a solid 1.15 million viewers nationally, 808,000 in the metros and 350,000 in the regions.

I would have liked the intro last night from Sarah Ferguson to have at least mentioned Phil Dickie’s breakthrough reporting in The Courier Mail early that year on the crime and corruption in Brisbane’s sex and gambling industries (which Bjelke Petersen and his racing minster Russell Hinze said did not exist), but Four Corners was the stand out program last night — of any type. — Read the rest on the Crikey Website

No demand for Al Jazeera on Foxtel, says Williams 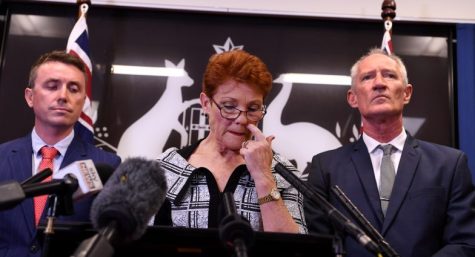 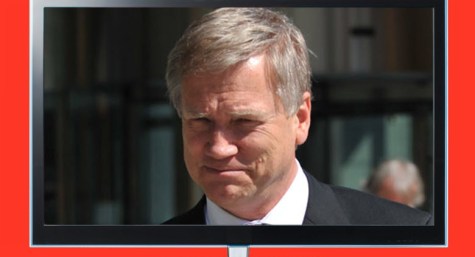 Not wanting to belittle Dickie’s contribution, but wasn’t the singular Dickie despatched (to see what he could dig up) after it was discovered that the ABC had been rummaging around rattling cages for a few months – from The Curry or Maul, that was soft on Bjelke-Petersen?
To cover their arses – just in case?