With the biggest two weeks of budget estimates hearings done and dusted, it’s time to take a look at who shines and who stumbles when it comes to scrutinising public officials and ministers. 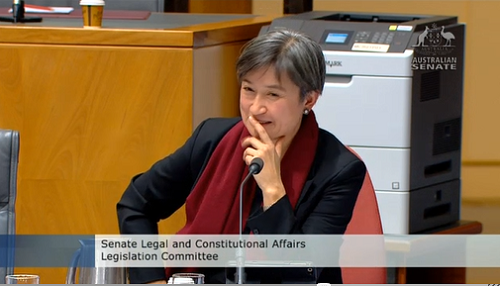 In opposition, Senate estimates can offer the opportunity for those with the right skills to shine, and no one in Parliament at the moment is better at extracting information out of public officials and ministers than Labor’s leader in the Senate. Wong had observed Labor elder John Faulkner’s relentless work in estimates for years, and she is the rightful heir to his throne as the master of estimates. Wong can extract more from public servants with the mere raise of an eyebrow than most can from hours of questioning. She is the reason why public servants are given estimates training, even if this week they wouldn’t admit who plays her in the practice runs. 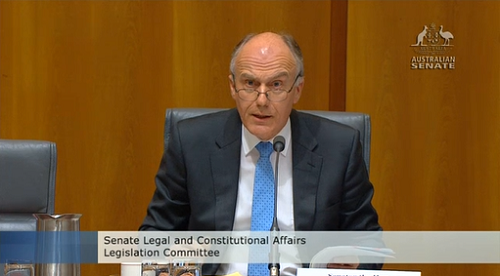 It was a great loss to the entertainment portion of estimates when Abetz was a minister in the Abbott government. Now on the backbench, Eric Abetz has returned to his first love: the culture war. There is a reason why Senate estimates tragics on Twitter refer to the bi-annual tradition of the ABC fronting up at the hearing as “Abetztimates”. The backbench Tasmanian Liberal Senator generally focuses all of his questioning on social issues he is interested in, such as rainbow flags, ABC bias and the national anthem. In this session of estimates, Yassmin Abdel-Magied’s quickly-deleted and apologised-for Facebook post was a regular feature in the Senator’s questions. 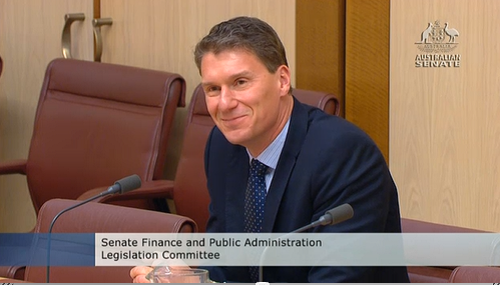 One of the biggest losses for Bernardi leaving the Liberal Party and becoming the head of Australian Conservatives is that he is no longer the chair of committees. Love him or loathe him for his views, his strict traditionalism means he upholds the rules of being the chair of a committee in a very fair and even-handed manner. Liberal Senator James Paterson has taken Bernardi’s place, however, and is a the best chair of any of the estimates committees, for much the same reason.

Now that Bernardi is not on the government benches, he has returned to his very specific topics of interest, including the mysterious case of a Department of Parliamentary Services employee who had a conflict of interest on something. We don’t know the full details of the incident because both Bernardi and the officials use coded and opaque language to avoid giving too much away. 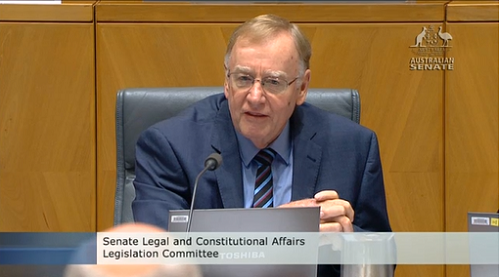 Armed with a timer app on his iPad and finely honed bluster, LNP Senator Ian Macdonald as chair of the Legal and Constitutional Affairs Committee runs interference for Border Force officials who are asked pointed questions, and then targets those he doesn’t like, like Gillian Triggs. He has a long history of shutting down the committee when senators aren’t doing what he wants, and he takes up as much time as he can with Dorothy Dixers. In the last fortnight, Macdonald tried to both expel Greens Senator Nick McKim from the hearings and then not let him ask questions. After a short suspension, Macdonald was reminded he didn’t have the power to do either of those things, and was forced to make an embarrassing backdown. 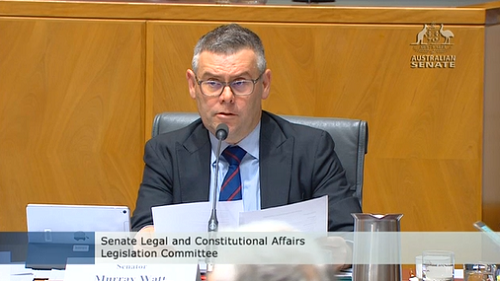 In opposition, some senators are there purely to pursue lines of attack on the government and will do so for hours on hours, regardless of whether it gleans any new information. Queensland Labor Senator Murray Watt is tasked with pursuing Labor’s agenda in Senate estimates, from One Nation being investigated by the AEC to drug testing welfare recipients to Medicare changes. 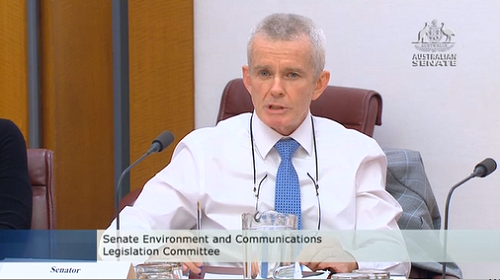 He’s still new to the process, so we must give him some slack for that. And credit where it is due: Roberts attends more estimates hearings than any of his other One Nation colleagues, but when Roberts enters the committee room, you know things are about to get weird. He starts every line of questioning by demanding to know the pay of the public officials — mostly those that are already freely available on the department websites. He reads his questions haltingly, as though they are taken directly from his Facebook page, and they are often statements, rather than questions. His questions are always on theme of some conspiracy theory (but he always refuses to use the c-word) he is interested in. This round, CSIRO (a favourite target of the climate change denier) faced questions on peer-reviewed papers in light of the Conceptual Penis controversy, and Roberts demanded Alan Sunderland and Michelle Guthrie from the ABC answer for ABC Melbourne host Raf Epstein “luring” Roberts onto his show only to dismiss his views on climate change. 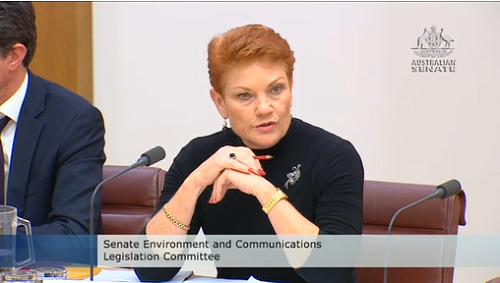 The One Nation leader has been criticised in the past for failing to turn up to Senate estimates hearings, and this fortnight we learned why that was: she isn’t very good at it. From asking officials why cows are alive before they are slaughtered to having to withdraw a question about why 20 ABC execs were paid collectively $25 million (they aren’t) to the smackdown from ASIO head Duncan Lewis over refugees and terrorism, it was all a mess. Hanson herself has said she isn’t very well prepared for estimates, and it shows. It is probably to her benefit that most of her constituency probably won’t see her efforts in Senate estimates.

Both would possibly be horrified about being bundled together, but aside from asking questions in their own areas of interest, Dastyari and Ludlam both often seek to counter questions asked by other senators, or pre-empt possible lines of questioning. For example, after Abetz spent several minutes probing SBS boss Michael Ebeid over personal emails sent using his work address related to marriage equality, Dastyari then asked Communications Minister Mitch Fifield whether his staff might also use their work email accounts to send personal emails, like emails about picking up the milk. 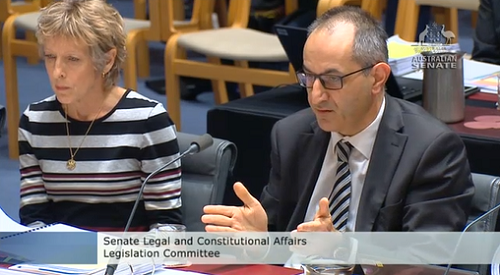 It is unsurprising that the head of the most controversial department in the Commonwealth is more a notable player in estimates than any other department head. From accusing doctors of “moral lecturing” to falsely accusing Greens Senator Nick McKim of referring to Border Force as brownshirts (their shirts are dark blue, and Pezzullo apologised for the accusation), Pezzullo is usually much more forthright with his views and combative than many other department secretaries. This could be a product of the sustained criticism the department or merely reflecting the minister’s approach to the portfolio, but either way, when Immigration is up in estimates, you know it is going to be a war of words.

Politics as normal returns as Turnbull sticks to the script

Macdonald is a bobble head with a mining habit.