Talkfest overpowered by stench from the rotting corpse of neoliberalism

Politicians show they don't get it as talkfest doesn't solve our problems.

There’s a major shift underway in the Australian polity, and across the west. Politicians, because they have to, have felt it and are responding to it, in varying ways and with varying levels of efficacy. Some people in business have felt it and are responding to it. Most, however, either remain oblivious to it or think it’s trivial or temporary. Neoliberal economics and the unquestioned supremacy of the corporation are no longer regarded with passive, if slightly resentful, acceptance by the electorate, but with active hostility, with an anger not seen before — because the economic system is no longer regarded as delivering for citizens.

Picking who within business gets it and who doesn’t makes for an interesting game. One outfit that clearly doesn’t is the traditionally moderate and sensible Committee for the Economic Development of Australia, which is has been holding a “State of the Nation” talkfest in Canberra over the last day and a half. Unlike business itself, an outfit like CEDA is in effect two steps removed from being able to pick up what’s going on, since, like the public service, it’s staffed by comparatively wealthy, highly educated people who have few concerns about job security and who don’t even have to make a living from selling goods and services in a way that might expose them to ructions within the community.

Prime Minister Malcolm Turnbull, opposition leader Bill Shorten, an array of ministers and shadow ministers, crossbenchers, state treasurers, and some business people, including Grant King of the Business Council of Australia (the pre-eminent Doesn’t Get It organisation in the country) all attended the talkfest. yesterday it had a session entitled “job security, disadvantage and Australia’s rustbelt: where to from here?” that examined “what can be done to improve job security and economic prospects for vulnerable groups in the community, re-energise regional economic development, and strengthen our resilience in the face of increasing disruption?”

You might think trade unions or the ACTU, which have been banging on about, and conducting research on, casualisation for at least a decade might have an informed view on such matters, but for some reason no trade unionists were invited by CEDA.

Ironically, there’s also a session called “Australia: leader or laggard in the race to secure our future industries?” which was about asking “searching questions about our ability to identify, develop, and secure future industries for our continued economic growth”, held the same day the country’s most powerful media executives were in Canberra to lobby politicians for protection via tax cuts and regulatory changes against the threat of disruption from competitors.

Thus, according to CEDA’s Rod Maddock (a former Commonwealth Bank exec and Business Council economist), “in the government efficiency rankings the corporate tax rate on profit was the area where Australia had the poorest ranking at 50, highlighting again why change is needed to make us internationally competitive”. But Maddock admitted earlier in the media release “one of Australia’s economic strengths was the level of investment flows inward”. So, we have no trouble attracting foreign investment (foreign investors being the only beneficiaries of a company tax cut) but apparently we need to cut company tax to be competitive.

Here’s an alternative take: countries like the UK and Canada (that have cut company tax while Australia hasn’t) haven’t enjoyed the same level of foreign investment that we have, reflecting the fact that company tax cuts have never achieved any of the benefits spruikers claim for them. Instead, large companies and their happy dupes like CEDA encourage the fiction that there needs to be an international race to the bottom on taxation — one that infuriates electorates and leads to the kinds of backlash we’re seeing across the west — and the kind that politicians can’t afford to ignore, which is why our own conservative government is now savaging the big banks rhetorically and financially in a way Labor never did.

Bet you didn’t hear that at the CEDA talkfest. 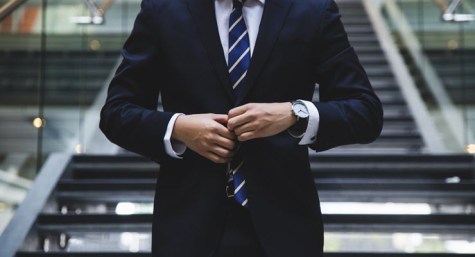 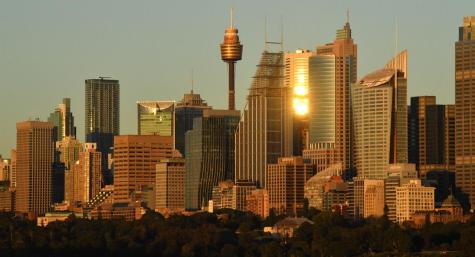 Australia must lift game to be competitive 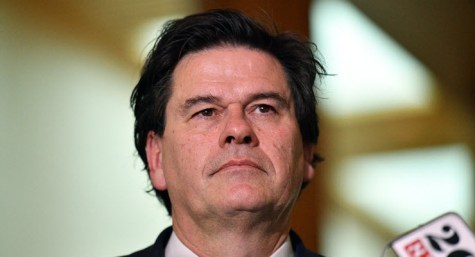 Imagine what would happen, to civilisation as we know it, if these highly paid Cling-on Captions of Industry were wrong?
We’d probably be right where we are now?

totally enjoyed this excellent sledge, thanks

I’m a retired public servant who had a secure job but I am also widely-read in current affairs and have been aware of the problems of inequality and its affect on economic growth for some years now. Joseph Stiglitz told me about 20 years ago. If the highly paid advisers, analysts and other experts employed by corporations have not been aware of this underlying problem and advising their management of it then they have not been paying attention.

“job security, disadvantage and Australia’s rustbelt: where to from here?”…
from a punter in Bendigo… I definately wasnt invited, pretty sure no young job seekers were there to tell them what its like to be young unemployed and trying to survive in the rust belt. An experienced view is of a dismantling of the welfare state, sending young job seekers off to private employment agencies who shuffle them around private training colleges, subsidised private job placements (subsidies to the companies who employ them at non award wages not the young person) and back to centrelink when the subsidy ends and the job seeker is let go … drug testing job seekers, then sending them to privately owned health services – privatising traineeships, apprenticeships and job placements? not ending up with completed traineeships, apprenticeships or job placements – who is looking at the results of the corporate takeover of welfare services? Who is reporting on the effectiveness and the efficacy here?
Not sure there is any evidence that privatising the welfare sector is a sensible approach, it sounds costly, and not sure that the job seeker or the rust belt benefits – most privatised welfare services are big corporate concerns – I guess it must work for the corporation – they wouldnt be doing it if they didnt make money out of it – but definately not working for the regional economy. Again who is following the money? So it might be a rotting corpse but neoliberalism still alive in the world of young job seekers, people reliant on a functional welfare system and the general tax paying public. Not evidence based, not effective, not humane and definately an inferior service.