Much of the Uluru statement consists of emotional -- albeit noble -- claims, motherhood statements and flowery language.

The Uluru statement, released late last week after three days of apparently tortuous negotiation, is the latest call from Aboriginal Australia to the dominant settler society for a re-setting of fundamental national relationships. It has been hailed as an emotional and heartfelt expression of ambition and determination of this country’s true owners that sets out, in too-vague terms for mine, three bold claims, firstly to re-assert long-held claims to sovereignty, the need for a voice in — or near to — the seat of parliamentary power, and moves to a Makarrata, or treaty (or multiple treaties), between Aboriginal nations and the federal government.

Much of the Uluru statement consists of emotional — albeit noble — claims, motherhood statements and flowery language that no doubt resonated as spoken words to the hundreds of delegates at Yulara, mentally and physically exhausted after three days in the, albeit air-conditioned, desert but that, on paper, render as little more that mawky and poorly drafted rhetoric. A tepid call to arms, the Uluru statement has all the revolutionary fervour of a cup of cold tea.

Do the 444 words of the statement enunciate a clear statement of intent sufficient to firstly, convince the lumpen masses that these are “good things” that should be pursued, and secondly — more importantly — will, or can, the too-polite-by-half requests resonate beyond the turbulent echo-chamber of Aboriginal politics and be adopted by the political mainstream who will be charged with its carriage through the political process?

Early indications are that the Uluru statement will, after a brief, delirious honeymoon period, fizzle away into interminable talk-festing, rancour within and without the Aboriginal milieu, the dead zone of administrative and bureaucratic torpor, populist confusion (read resistance) and political chaos and opportunism that has characterised previous attempts at resolution between pan-Aboriginal Australia and settler society.

We won’t be seeing a treaty — or makarrata, call it what you will — anytime soon. Those who’ll oppose the implementation of the Uluru statement will likely, as will its supporters, fail to appreciate the oft-paraphrased words of Spanish-American philosopher George Santayana that those who cannot remember the past are condemned to repeat it.

“It was a fatal error in the first settlement of Van Diemen’s Land, that a treaty was not entered into with the natives … had they received some compensation on the territory they surrendered, no matter how trifling, and had adequate laws been from the very first introduced and enforced for their protection, His Majesty’s Government would have acquired a valuable possession without the injurious consequences which have followed our occupation and which must forever remain a stain upon the colonisation of Van Diemen’s Land.” — Governor Arthur, 24 September 1832.

As the Kungarakan/Gurindji historian Sue Stanton has pointed out, Australians have long been bemoaning the lack of a treaty or appropriate settlement between the original owners of this country and the settler society that pushed them aside. In words that rang as true now as when Stanton wrote them in 2006:

“Australia has, over time, been presented with the challenge to right the wrongs of the past and allow itself to move to a new negotiating level, but it refuses to.”

Not much of note happened with the development of a treaty until 1975 when the Australian Senate passed a resolution by Liberal Senator (and the first Aboriginal person elected to Federal Parliament) Neville Bonner which urged the Australian Government to at least acknowledge prior ownership of Australia by Aboriginal people.

Four years later, following the lead of Dr H.C. “Nugget”Coombs and others clustered around the National Aboriginal Conference (the NAC), the establishment of the Aboriginal Treaty Committee (the ATC) represented the first substantial push for appropriate recognition of the historical occupation of Australia by Aboriginal people. As documented in Judith Wright’s book We Call for a Treaty, the committee stumbled from pillar to difficult political post on goodwill and a shoestring budget before dissolving more with a whimper than a constitutional bang.

In chapter six, Treaty or Makarrata? Wright, reflecting on the unwelcome response to the word “treaty” by some in the legal profession and the uncertainty about the implications wrapped up in that word, noted that for the committee:

“The question of what the final agreement might be called did not concern us much; what mattered was that it should be seen by the dominant society as binding, in the same way as any international agreement, on the Commonwealth.”

Broader debate about the merits of a treaty followed the publication of the ATC’s manifesto in the National Times in August 1979. This debate included pushback from (some) Aboriginal activists, who were concerned that the Fraser government might conclude an agreement without proper consultation with Aboriginal people across the country.

Malcolm Fraser — who would now be regarded as being from well to the the left of the Liberal Party — was under pressure for the apparent inconsistency between his outspoken views on the future of the racist regimes in South Africa and Zimbabwe and his government’s approach to domestic race issues. Surprisingly for some, he announced that he would be prepared to discuss the “concept of a treaty” with representatives of the NAC.

*Read the rest at Crikey blog The Northern Myth 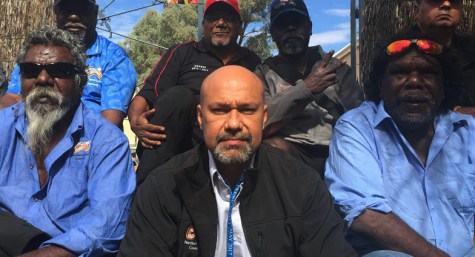 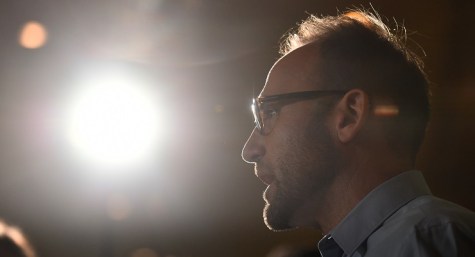 I didn’t hear this Uluru Statement as mawkish: I heard it as a call to see the facts of ATSI now, characterised by astronomical arrest and incarceration rates, abysmal health statistics, continuing removal of children from their families. AFR can’t see that side of ATSI reality, but it is there, inappropriate and it simply doesn’t work for them or us. And an elected committee with power to recommend with gravitas to the legislature, that the legislature can’t sack at the merest inconvenience could have a hugely informative role.

Great article!… this link is my interpretation through celebration and music http://www.balconytv.com/videos/adrian-thomas-band-shake-a-leg