A recidivist business can rip off workers for years without fear of ever being brought up on criminal charges, writes former CDPP prosecutor Robert Corr.

Last week, the Fair Work Ombudsman issued a media release about taking civil action against a dodgy boss who owed one staff member over $60,000 in unpaid wages. But it was a strange case to crow about, as the same employer had previously been caught by the FWO for an earlier rip-off. Over four years, it had underpaid an employee by almost $30,000. The only consequence for that first infraction was to pay the employee what they were owed — and promise not to do it again.

These promises, known as enforceable undertakings (EUs), are the preferred enforcement strategy of a regulator that emphasises co-operation with business ahead of prosecuting exploitation.

Even while the business made its EU promise, it continued to underpay another worker — under the FWO’s watch — for a further year. This time, it pilfered more than $60,000. Now, the FWO is taking the company to court — but it’s not a criminal prosecution.

But a recidivist business can rip off its workers for years, while the regulator is watching, and then only face a civil case. Sure, there might be financial penalty, but that’s just a cost of doing business.

Research conducted by the University of Melbourne found most businesses thought the risk of getting caught for underpaying workers was “highly unlikely”, “unlikely”, or “50/50” at best.

When the risk is seen as better than a coin toss, and there’s no danger of a real prosecution, is it any wonder that wage rip-offs are widespread?

According to the FWO’s annual report, the agency audited more than 4530 businesses in 2015-16, and discovered that more than one in three had committed “monetary contraventions”.

Given the prevalence of this problem, it’s time for the FWO to take real action.

It should start by reining in its use of enforceable undertakings. While they are a reasonable approach to take for minor breaches, they should not be used for significant, long-term or deliberate exploitation.

EUs should never be offered to labour hire companies. If your entire business is taking responsibility for the employment of workers on behalf of other companies, then you should be held accountable — no excuses.

Most importantly, EUs should never be accepted before the company has submitted to a thorough audit of its employment practices. There should never be a case in which the FWO accepts an EU instead of litigation while a company continues to rip off its staff.

Tellingly, “employers with a history of non-compliance” are referred to by the FWO as “Customers”.

The FWO also needs to hold criminal bosses to account.

If an employee were accused of stealing from their employer, and was then caught producing fake documents to throw police off the scent, they would certainly be facing criminal charges. Not so when a boss creates fake books to hide wage theft from the FWO.

In a case decided two weeks ago, the boss “was cautioned not to create records if he did not have any, to ensure the records he was going to provide were correct and that it was an offence to provide false or misleading records to the fair work inspectors” — but even after that warning, “he created new time and wage records” that “made it appear as if they were paid higher rates of pay than they were actually paid”.

But this so-called “prosecution” was civil cases, even though the federal Criminal Code includes offences that are specifically designed to cover this situation.

Sections 137.1 and 137.2 make it an offence to knowingly provide false or misleading information or documents to government investigators. Both crimes carry 12 months’ imprisonment — a penalty that can’t be avoided by putting your company into administration, as too often occurs after civil penalty proceedings.

Other agencies treat the deliberate deception of their investigators very seriously, and regularly refer briefs of evidence to the Commonwealth Director of Public Prosecutions for possible prosecution.

The FWO’s own Litigation Policy states: “Criminal prosecutions are initiated by the CDPP. Where the FWO becomes aware of offences having occurred it will, in the ordinary course of events, refer a brief to the CDPP.”

But the last time a criminal prosecution was mentioned in the FWO’s annual reports was in 2008.

More serious state charges like fraud or extortion may also be relevant. The threshold for conviction of a criminal offence is higher — but keeping a false set of books, or reoffending after FWO action, can be treated as evidence of dishonest intent, and criminal charges should be considered in those circumstances.

And if these generic charges are too hard to apply to cases handled by the FWO, it should be championing the creation of a specific “wage theft” crime.

This cause has been taken up by unions — who see workers, rather than recidivist spivs, as their customers — but there has been silence from the Ombudsman.

There are some bright spots on the FWO’s record. Its use of accessorial liability provisions to break down corporate structures and apply civil penalties to directors, business advisers, and accountants should be commended.

But until the Ombudsman toughens up, and starts to take real action against recidivist and criminal employers, a significant minority of Australia’s business community will continue to see the illegal exploitation of workers as a risk worth taking.

*Robert Corr is a lawyer and legal studies teacher. He is a former prosecutor with the Commonwealth Director of Public Prosecutions. 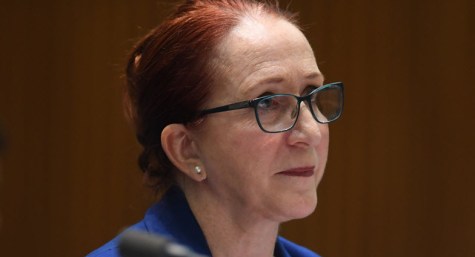 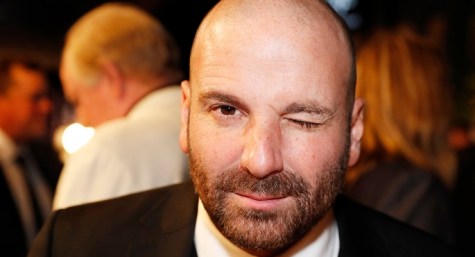 Meet the industry that says it can’t survive 2.2% wage growth

As the writer points out, current “penalty” regime is just seen as the cost of doing business. Until there’s serious gaol time (and the “perp walk”), hard to see how anything will change.

Dog's Breakfast
Reply to  The Curmudgeon

Good to see someone else still spelling it as gaol, old-timer! 🙂

And people who should, and probably do, know better still talk of dominant union power and the need for less regulation in industrial relations.
The price of equity is eternal vigilance at the grave of SerfChoices because, given a hint of a chance, it will be baaack!

There’s a term for it: regulatory capture.

In its current form, the Fair Work Ombudsman could be replaced with a “please take one” sign atop a stack of business cards with “Comply with the law. Please?” printed on them.

Couldn’t agree more Robert. This should be a caution and fine for first offence, and criminal charges for ongoing offences. Administrative error is real, and explains quite a few underpayments, but serial offenders need to be going to gaol/jail as well as fines.