One of the pillars of democracy is transparency, the cleansing effect of sunlight and all that. Australian governments have proudly upheld both this principle by passing and maintaining freedom of information laws, and their eternal passive-aggressive resistance to its actual application to them.

Thus, The Tale of the Reticent Tudge, chapter three. To recap: Andie Fox, an Australian citizen, had written an article outlining her experience at the hands of Centrelink’s robo-debt computer, pursuing her for alleged welfare overpayments. Centrelink responded, not by dealing with her issue but by releasing her personal information to Human Services Minister Alan Tudge’s office, which, in turn, released it to the media.

Asked in Parliament whether this was behaviour he condoned, Tudge said yes — it was not just fair but legal too:

“In cases where people have gone to the media, with statements that are incorrect or misleading … we are able to, under the Social Services Act, release information about the person for the purpose of, and I quote, ‘correcting a mistake of fact, a misleading perception or impression, or a misleading statement. That is what the law allows.”

I wrote that he was wrong, and suggested in passing that “By the way, he’s just waived legal privilege over the advice, so get your FOI application in if you’d like to read it.”

Crikey’s own Josh Taylor did just that, applying under the Freedom of Information Act for a copy of the legal advice from which Tudge had quoted.

That was April 10. On May 24, Tudge’s office replied to the FOI request, denying it. Among the grounds for refusal was that the advice was protected by legal professional privilege, which privilege had not been waived. So who is wrong? Me or the Commonwealth government?

Them, obviously. The FOI rejection is a stereotypical exercise in official obfuscation, designed to achieve the end result that had been predetermined: the maintenance of the shroud behind which government operates.

Taylor had asked for one document. It would have been easy to identify, because Tudge had directly quoted from it.  We knew that, because he said “I quote”.

Tudgeburg came back with 14 documents instead, all of which it said fell within the ambit of Taylor’s request. Clearly they didn’t, because Tudge didn’t quote from 14 documents, he quoted from one. The documents contain 48 pages in all, and each is informatively described as either “Brief” or “Email”.

Why did they do this? Stick with me. There were three different grounds potentially available to the Tudgedom to refuse release of the documents: privilege; that they contain internal recommendations and opinions; or that personal information would be disclosed.

Fourteen separate communications on this subject were created during February and March. Of these, only six occurred before Tudge stood up in Parliament on February 28 and quoted from the advice he had received. The other eight, therefore, are completely irrelevant and can be ignored.

Of the remaining six, the FOI response says that four contain someone’s personal information, which it would be unreasonable to publicly disclose. That personal information can only be that of Andie Fox, the original victim of Centrelink and Fortress Tudge’s conduct. Apart from the irony that, having given her personal details to the world, the minister now says they shouldn’t be made public, it’s also obvious that the four documents that contain her personal information aren’t what we’re looking for.

Which leaves two documents as the likely candidates for the advice that we actually want to see: an email of February 22, and one of February 28. Each of these has been refused release by Tudgetown, solely on the basis that they are protected by legal privilege. The other grounds of refusal don’t arise.

Now that we are focused on the smoking gun, having removed the decoy mines laid by Tudge’s protectors, we can talk about waiver. Having established that the legal advice on which Tudge relied, and from which he quoted, is in a document that cannot be denied public release on any basis other than privilege, does that privilege exist?

There is no doubt that the advice, which appears to have come from lawyers inside Tudgeminster, was privileged when it was written. Legal privilege protects all confidential communications between lawyers and clients, where the communication’s main purpose is to seek or give legal advice. Tudge wanted to know whether Centrelink had lawfully released Fox’s details, and he received advice on that question.

Privilege does not survive waiver. Waiver happens, according to the High Court, when the client engages in conduct that is inconsistent with the confidentiality that the privilege protects. If you publish the legal advice you’ve received, clearly you’re not treating it as confidential.

In its refusal, Tudgistan relied on a High Court case in which the Victorian attorney-general had publicly stated that he had refused a murderer’s request for a pardon because he had received advice from three QCs that “recommends on every ground that the pardon should be denied”. The High Court decided that those words did not cause a waiver of privilege over the advice. Fair enough.

Tudgeland said that was the same as what Tudge did, therefore the same result. But, let me put this in terms even a minister can understand, it is not the same.

Tudge did not, like the Victorian AG, merely refer to the fact that he had received advice and that it supported his view; Tudge quoted the substance of the advice. He gave us the exact reasoning of the lawyer, using the lawyer’s words to interpret the law. If he’d just said “I asked my lawyers and they said it’s OK”, then no waiver. He went way further than that.

To labour the legal point-scoring, Tudge obviously waived privilege over the words he quoted, because he quoted them. So the only question is whether he also waived privilege over the rest of the advice from which he quoted. Yes, he did. Fairness has a big role in relation to waiver; and fairness dictates that the proper context of the selective words that Tudge chose to reveal cannot be protected by confidentiality. The High Court, in another case that Tudgeville preferred to ignore, has said that, if you reveal part of a privileged advice, fairness will usually require disclosure of the rest of it.

Ministers get legal advice all the time, and they are entitled to the protection of privilege like every other lawyer’s clients, for the very good reasons for which privilege was invented. However, ministers should not be allowed to do what Tudge has attempted: selectively using the legal advice they’ve received to provide justification for their political actions, and at the same time hiding behind privilege to keep from public view those parts of the advice which don’t suit their ends. 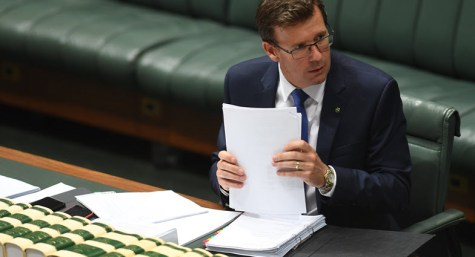 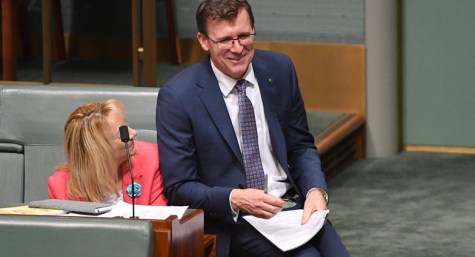 Julian Assange should invite Mr Tudge to the Ecuadorian embassy in London. They could swap notes in complete confidence.

Bollocks is such a wonderful word.
The perfect response to Tudge’s half-arsed attempt to outdo George Brandis in the stupid stakes.

So good to access Michael’s analysis exposing Minister Tudge’s endeavours to exclude accountability for his, the minister’s, actions. Should, in the fullness of time, said minister be held to account, he may then need to reconsider not only an injustice imposed upon a citizen as a consequence of his actions; but also how we the public have again lost (incrementally) a further sliver of trust in politicians and public servants?

Of course not. Why reconsider? Accountability is no longer a valued behaviour within government.

Responsible Government, which it is alleged Australia has, means that the Minister is responsible for the actions of his Department from the Head right down to the most lowly clerk. The Minister must produce the document from which Tudge quoted or it is assumed that the Minister has via Tudge, lied to the Parliament and therefore must resign.

Todger Tudge another swinging dick clown on Turbott’s front bench – this poor excuse for a ‘Minister of the Crown’, will not admit his mistake, hanging on to be dragged out, with his prolapsed department.