Today in Media Files, the first pictures of Schapelle Corby since she returned to Australia have finally been published, but which of the media horde managed to snap it? And could the Logies be heading bush?

Corby watch. After all that chasing, the first picture of Schapelle Corby on home soil has finally been published, as The Courier-Mail pointed out this morning on its front page: 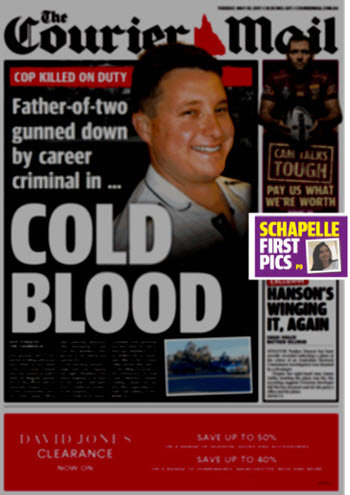 And who took those first pics? Not any of media pack that has been hovering around, duped by Corby’s elaborate evasion since leaving Bali on Saturday. The first pics were posted by Corby herself, on her Instagram account, in a video mocking the Seven coverage of one of the decoy motorcades.

And the Logies go to … Tamworth? The glitz and glamour of Australian television’s night of nights could be going bush, if NSW’s government has its way. Tourism and Major Events Minister Adam Marshall has put out a press release saying his government has put in an expression of interest to move the Logies to regional NSW for three years — first stop, Tamworth. The event is usually held in Australia’s cultural capital, Melbourne, but Marshall said regional NSW could host the event in regions that “have some of the best food, wine, unique tourist attractions and country hospitality that you couldn’t find anywhere else in the world”. Last year, Dubbo radio station Star FM was leading a push to hold the event in its town, supported by industry heavyweights like the band Thirsty Merc, and actor Stephen Peacocke, who played Brax on Home and Away.

Blooper reel. Battling the elements is one of the hazards of TV news reporting, as Nine News Riverina reporter Grace Fitzgibbon found while repeatedly sprayed by passing vehicles while trying finish a piece to camera in the rain. Watch the bloopers, posted by radio station Hit 93.1 Riverina, here. Our hot tip? Move away from the puddles. 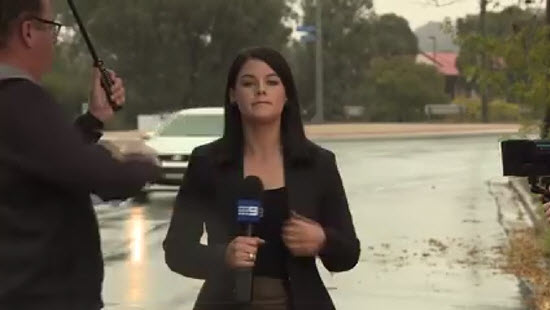 Interview of the day. One of the great fishing tales of our time was born on Saturday when 73-year-old fisherman Terry Selwood was knocked over by a 2.7m great white shark launching itself into his boat on the NSW north coast. Telling ABC News it was a “mundane” story, he said said his first thought was, “well I’ll be buggered, there’s a shark in my boat”. You can watch the full interview, with some excellent turns of phrase, here. 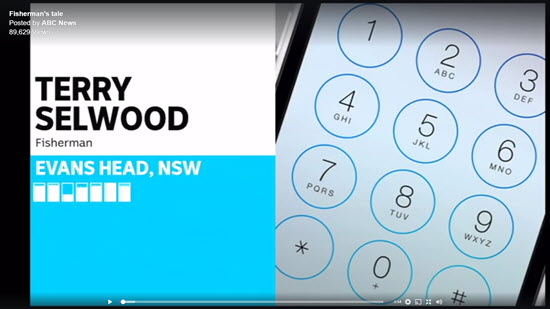 Journalist sacked over racist tweet. An American sports writer has been sacked from the Denver Post for a racist tweet, posted after a Japanese driver won the Indianapolis 500 over Memorial Day weekend. Terry Frei said in the tweet the win made him “very uncomfortable”, but he quickly deleted it, following up by saying it was a “stupid reference, during an emotional weekend”. Frei’s father was a pilot in World War II.

Glenn Dyer’s TV ratings. Seven’s night nationally, regionally and in the metros as House Rules cracked the 2 million viewer mark across the country, topping the national and metro listings for the first time with 2.05 million (1.27 million in the metros and 779,000 in the regions). It blew away Nine’s The Voice (1.31 million) by over 700,000 viewers nationally and left Ten’s Masterchef Australia nearly a million viewers behind on 1.05 million. That meant more than 4.4 million people watched House Rules, The Voice and Masterchef last night, underlining the strength of free to air TV. In the past three weeks or so House Rules has built its audience, while Masterchef and The Voice have both lost viewers. A year ago House Rules was struggling, but the cast and judges have both improved.

Seven’s regional performance last night produced some of the highest audience figures for the year (outside of sport). Seven News topped the night with 800,000 people. House Rules was second with 779,000. Seven News/Today Tonight was third with 646,000, with Home and Away next with 584,000. The 5.30pm part of The Chase Australia averaged 497,000.

Ten’s MasterChef Australia was squeezed out again and failed to have an impact — it was just out rated by the network’s quiet performer, Have You Been Paying Attention with 1.11 million. It really should be the other way round and it is a sign of the lead-in’s weakness when the program that follows has better ratings. — Read the rest on the Crikey website