We've got the latest on the terror attack in Manchester, cost blowouts and Senate politicking in Canberra, and we wait for the report on the Lindt Cafe seige. It's the news you need to know, by Max Chalmers and Sally Whyte. 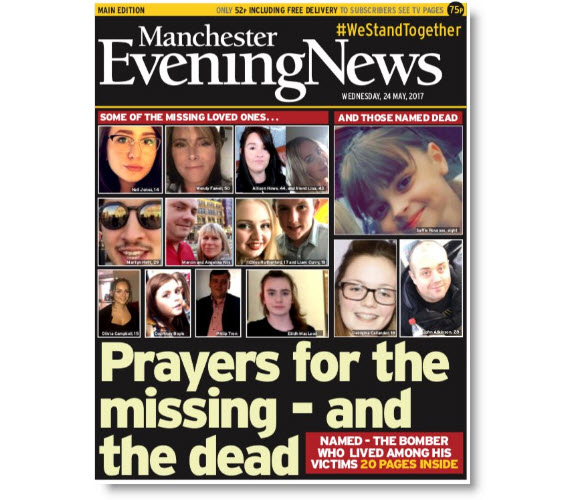 UK Prime Minister Theresa May has just announced that the country’s terror threat level has been raised to critical, which means an attack is expected imminently.

At least 22 people have been killed and 59 injured by a suicide bombing at an Ariana Grande concert in Manchester, England, in the worst terror attack to occur in the UK since the 2005 bombing of London’s tube and bus network. Two victims have been named as eight-year-old Saffie Rose Roussos and 18-year-old Georgina Callander.

The suspect has been confirmed as Salman Ramadan Abedi, a 22-year-old local whose parents emigrated from Libya. Islamic State has claimed responsibility for the atrocity, though a police investigation is yet to confirm any outside involvement. Abedi was known to security agencies but was not a key figure of interest.

Campaigning in the UK’s general election has been suspended by all sides in wake of the massacre, which Prime Minister Theresa May described as “a callous terror attack, which targeted some of the youngest people in our society with cold calculation”.

Grande — an American pop-star and one of the most popular entertainers in the world — has a strong following among younger audiences. Children make up a significant portion of the casualties.

Back in Australia, it is reported today that the government’s plan to expand the Snowy Hydro scheme could $2 billion, twice as much than previously announced, and take two years longer than the four years originally slated for the project. The scheme, which was announced to great fanfare by Prime Minister Malcolm Turnbull, was only put to his office two weeks before the announcement, the ABC reports. Snowy Hydro chief executive officer Paul Broad and chief operating officer Roger Whitby answered questions during Senate estimates yesterday, conceding the cost could still rise, with upgrading power lines across NSW and Victoria one of the factors behind the higher price tag.

After it was announced that Adani would hold off on making a final decision on plans for the Carmichael coal mine in Queensland due to uncertainty over royalties, The Australian reports today that the Queensland government has reneged on an offer made to the company in March. According to the report, Under ­Treasurer Jim Murphy made an offer of a royalties deferral plan to the company. The issue has divided members of Annastacia Palaszczuk‘s Labor government in Queensland, with some members of the Left faction threatening to revolt over a deal, The Courier-Mail reports.

The government will need to deal with the crossbench in order to pass many of the major measures in its budget, with the Labor caucus voting to block the government’s changes to education funding and higher education reforms, and reaffirming the plan not to vote in favour of the Medicare levy, which is set to pay for the NDIS.

In what is a win for the government though, Labor will vote in favour of the levy on the banks, even though there are questions about whether it will actually raise as much as originally announced.

“I mean, this man is supposed to be a spy and yet, everybody knows he’s a spy. Every bartender in the world offers him martinis that are shaken, not stirred. What kind of serious spy is recognised everywhere he goes? It’s outrageous. So you have to treat the humour outrageously as well.” — That’s Sir Roger Moore, speaking on his most famous character, James Bond. Moore has died in Switzerland and after a short battle with cancer, aged 89.

Sydney: The coroner’s report into the deaths of Tori Johnson and Katrina Dawson in the Lindt Cafe seige in December 2014 is due today. Coroner Michael Barnes will read out his findings from 10am this morning. This ABC analysis shows just how many areas the report may cover, and how many questions there are to answer.

Canberra: The House of Representatives sits today and Prime Minister Malcolm Turnbull and opposition leader Bill Shorten will both give speeches to mark the 50th anniversary of the referendum to remove constitutional discrimination against Aboriginal people.

Canberra: Senate estimates hearings continue. Will Senator Pauline Hanson both to show up today? As reported in the Fairfax papers, she is yet again AWOL when it comes to questioning ministers and senior public servants.

Who will pay the bank tax shortfall? — Michael Smith (Australian Financial Review $): “With bipartisan political support, the banks know they have no hope of scuttling the levy altogether. Instead, Commonwealth Bank, Westpac, National Australia Bank and ANZ Banking Group will push for three things: delaying the introduction; applying it to foreign banks, and introducing a sunset clause.”

Of those complaining about budget, I have little sympathy for uni students  — Ross Gittins (Sydney Morning Herald): “Uni students come mainly from the comfortable middle class and go to uni to get a certificate that pretty much guarantees them a well-paying job, including a much lower risk of becoming unemployed or staying jobless for long.”

President of the Philippines Rodrigo Duterte has declared martial law on the southern island of Mindanao, where insurgent Islamist groups have been accused of killing members of the security force. The order will enable the military to detain people at length. — BBC

The Egyptian government has been accused of cracking down on opposition forces in the run-up to 2018 elections after human rights lawyer Khaled Ali was arrested. Ali ran for president in 2012 with a left-wing party and has been detained for allegedly “offending public decency” by making a rude gesture. Several other members of his party have recently been arrested for acts against the state and insulting the president. — Reuters

Australian same-sex couples who marry abroad are finding it impossible to divorce (BuzzFeed): “With the bureaucratic nightmare comes a quieter struggle: the curious sense of shame associated with having a same-sex marriage – as opposed to a heterosexual marriage – crumble.”

Monica Lewinsky: Roger Ailes’s dream was my nightmare (New York Times): “My character, my looks and my life were picked apart mercilessly. Truth and fiction mixed at random in the service of higher ratings. My family and I huddled at home, worried about my going to jail or worse, me taking my own life. Meantime, Mr. Ailes huddled with his employees at Fox News, dictating a lineup of talking heads to best exploit this personal and national tragedy.”

Is the editor of the Daily Mail the most dangerous man in Britain? (The Guardian): “His success at the Mail has bought him schooling for his two sons at Eton, membership of the Garrick, a chauffeur, a house in the country, flat in town and a shooting estate in Scotland (generously subsidised by the EU). He rarely rubs up against the people he believes he represents. Despite this insulation, Dacre has always presented himself as having a unique ‘feel for the emotions of ordinary people’.”

In wreckage of the Fyre Festival, fury, lawsuits and an inquiry (New York Times): “Ja Rule was Fyre’s famous face, but at the center of the controversy is Mr. McFarland, a brash, 25-year-old entrepreneur with a gift for networking and buzzy social media. In his short career, he has persuaded people, over and over, to buy or invest in whatever he was selling, leaving behind a trail of aggrieved customers and business partners.” 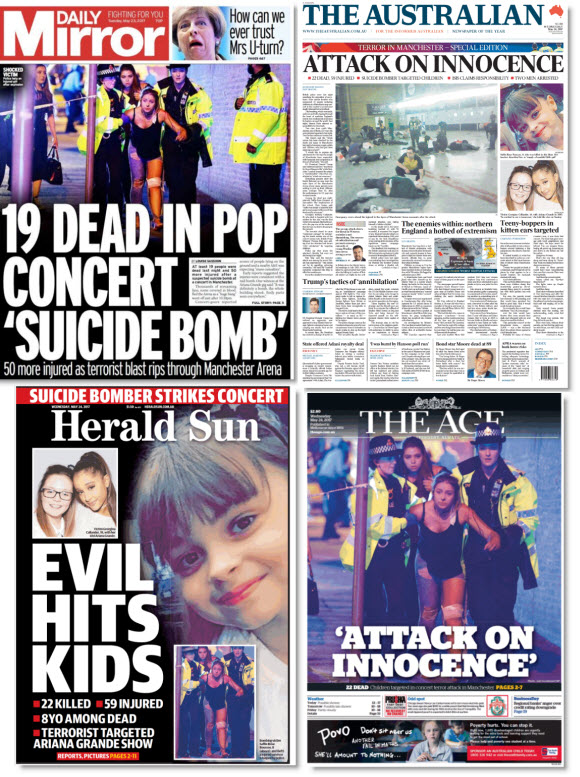