Heir to the throne? Prime Minister Malcolm Turnbull’s son-in-law James Brown has been elected as the new president of the NSW Returned and Services League, promising to clean up the branch, which has been plagued with financial mismanagement allegations. Brown is married to Turnbull’s daughter Daisy, and served in Iraq and Afghanistan. Brown has been popping up in headlines a lot lately in connection with the United States Studies Centre, where he is an adjunct associate professor. Some of today’s stories allude to Brown’s personal political ambitions. The AFR‘s Aaron Patrick quoted former president of the Liberal Party’s Paddington branch Peter Cavanagh (where Brown is now president, after rolling Cavanagh in 2015), saying: “Half of Sydney has heard that [Brown wants to take over from Turnbull]”. And if you read the Wentworth Courier, it looks like it’s on in earnest. The April 19 edition of the local weekly featured a glossy front-page splash of Brown and family, with the touching story that he would be taking his son Jack (star of many a Turnbull campaign event) to his first Anzac Day dawn service. Does Brown want the PM’s seat of Wentworth? And how long will he have to wait? 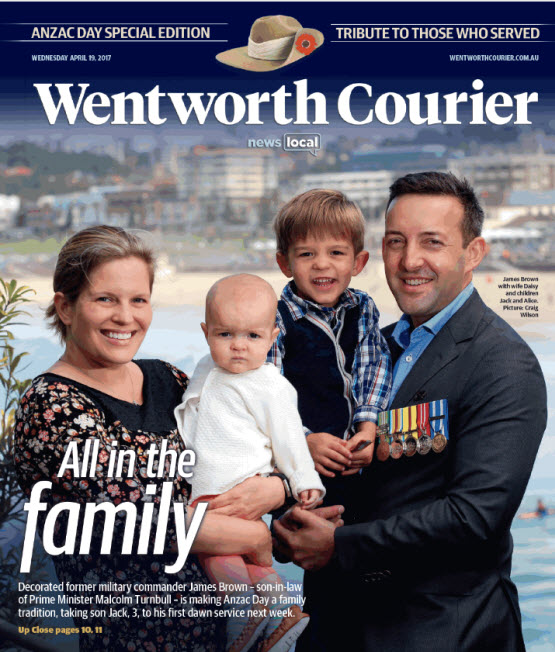 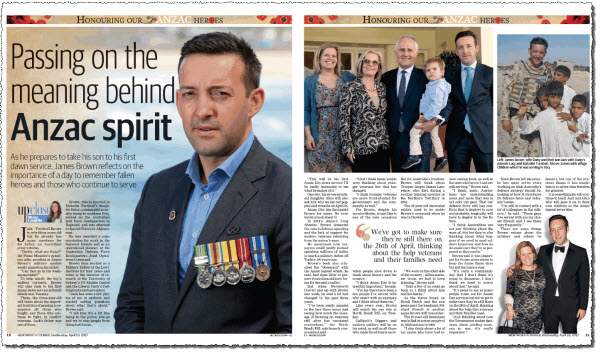 Has the tyranny of the ‘me’ generation been overthrown? One of the first things the Howard government did after its election in 1996, even before sacking half a dozen secretaries including at least one because of a confusion of his name, was to end what it regarded as a thoroughly appalling Labor practice: spelling program as “program”. Composed mostly of Anglophile lickspittles, the new Coalition thought it was important that the British spelling of “programme” be restored to usage, and public servants were ordered to adopt the new usage at all costs.

When Labor returned to office in 2007, after 11 long years of adding superfluous characters to words and waiting for an edict restoring the long S and the abolition of Ms, the obsession was abandoned, only for the incoming government of monarchist Tony Abbott to demand the return of the “me” in 2013. Crikey has only just spotted this, so we defer to others who can identify earlier examples, but it appears — in yet another shocking example of how this government is “Labor-lite” — that it, too, has dropped the “me” insistence.

Infrastructure Minister Darren Chester announced a “$10 billion National Rail Program” on budget night  — the kind of slip-up that would have had some public servants sacked in the Howard years. But in case you were thinking it was just because Darren Chester is young, moderate and possesses a functioning brain — characteristics that distinguish him from many of his colleagues — the budget glossies contained the reference as well while also adding the “me” elsewhere. And young Angus Taylor also showed he’s of the “me” generation.  What can you say about politicians — for some of them, it’s just “me me me me me.”

Acting deputy what? The Department of Prime Minister and Cabinet confirmed this week that it was incorrect for Nationals deputy leader Fiona Nash to claim she was acting deputy PM last year, as she did in a press release on her website. 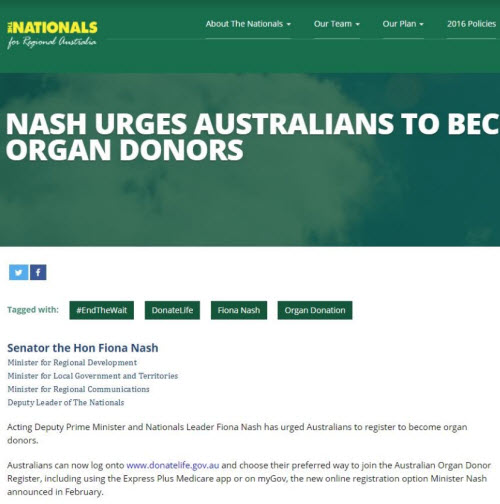 Nash has since scrubbed mention from her page. 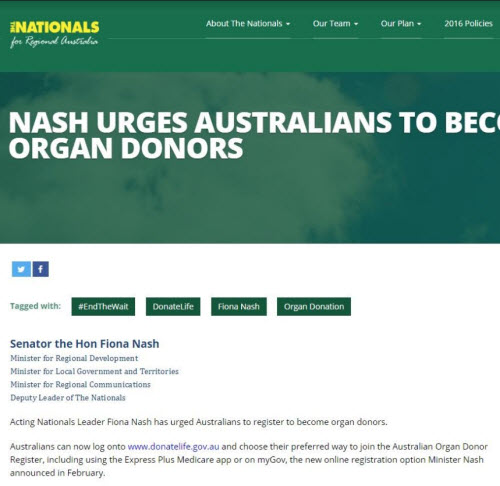 The official line of succession is Malcolm Turnbull, Barnaby Joyce, Julie Bishop, George Brandis. Nash was jumping the queue just a bit. Brandis then claimed Joyce had been instrumental bestowing acting DPM status on Nash, but Labor’s Penny Wong suggested it was up to the Governor-General, not the ministry to determine who can act in those roles.

Your tax dollars at work. Some aspects of Senate estimates are almost kabuki-like in their ritualism. One is the inevitable stoush over why answers to questions on notice have been provided late to the committee. For non-APS readers, it works like this: public servants take as many questions at estimates “on notice” as possible because it stops senators from placing them under pressure — insist you don’t have the information in front of you and that you’ll have to reply in writing. You then get a period of several weeks to provide the written answer. The answer has to go through the relevant minister’s office, and while the departmental bureaucrats can be berated by the committee for not replying, there’s not much they can do if the answers are stuck with the minister. And minister’s offices invariably don’t provide answers to previous estimates hearings until shortly before the next hearing, to prevent the opposition from vetting them closely and preparing follow-ups.

Yesterday, there was a particularly egregious example. Attorney-General George Brandis’ office sent nearly 150 answers to questions on notice not merely from the estimates hearings of the Legal and Constitutional Affairs committee earlier this year but from two previous estimates hearings at midnight last night, with his department due to appear before the committee at 9am. But the same trick is done by government after government after government; Labor pulled exactly the same trick when they were in power. Instead of simply accepting that all’s fair in love and estimates, this morning Labor dedicated a good 45 minutes of the committee’s time to demanding answers from both the secretary of the Attorney-General’s Department, and Brandis, about why they had done exactly what Labor did when they were on the other side of the table.

But better yet, committee chair Ian “in touch with the voters” Macdonald decided to respond to that by spending around 20 minutes inquiring of the department how much effort they put into answering questions on notice, as if everyone didn’t know the culprit is always the minister’s office. The result? Over an hour, which could have been devoted to questioning bureaucrats or the oleaginous dud Brandis, was devoted to a practice the parties are resolutely agreed they will never change.

I like the ‘me’, I don’t like americanisation of our language. Including all this fake news crap.

Jane – the short form is not an amerikanizm so much as the extra ‘me‘ being an Edwardian affectation of Poms wanting to pretend they had some French. Small wonder that the Rodent & his spawn wanted to use it.

If it is true that Brown is seeking to replace Talcum then Blot’s Derangement will go past 11, as will that of his tory mole “reader Peter of Wentworth” who is so obviously the previous holder of the seat.