Customs caught spying on calls and texts without warrants or records

Customs might have accessed calls and texts illegally, the Commonwealth Ombudsman has found.

The Department of Immigration and Border Protection may have been illegally spying on our calls and text messages, with the Commonwealth Ombudsman finding the department misused its vast and invasive spy powers.

The Commonwealth Ombudsman’s annual report — assessing how government agencies access both stored communications (i.e. text messages and other content that telecommunications companies retain) and metadata — was scathing of Customs’ handling of its powers to obtain the content of communications.

The Ombudsman went to Customs in February last year to review how the agency was complying with its requirements to obtain warrants before accessing communications, how it kept records for those warrants, and what records there were of how the communications were handled, and found it all lacking.

“No stored communications product was made available for our inspection. Therefore, we cannot provide assurance that Customs was only dealing with lawfully accessed information,” the Ombudsman said.

In five cases where data was obtained under a warrant, there was no record of whether the data obtained was for the time period allowed by the warrant. There was also no record of who in the agency received the stored communications, and whether it was properly handled and then destroyed when no longer required.

Three of the preservation notices — notices sent to telcos telling them to keep all the call and text content from someone suspected of wrongdoing — were missing when the Ombudsman went looking for them, one notice had been mislabelled, and another three preservation notices were found but not on the list provided by Customs, as well as another two warrants. Most damningly, the Ombudsman found that Customs might have illegally accessed stored communications because it had obtained the communications but no warrant for those communications could be found.

Customs blamed a bad record-keeping system and said that the inspection of notices was for a time between July 2014 and June 2015 when Customs was merging with Immigration and Border Protection.

It is the second instance in recent weeks where a government agency entrusted with powers to invade the privacy of every Australian has been caught flouting the law. The Australian Federal Police is expected to face questions in Senate estimates this week over an incident where an officer accessed the metadata of a journalist in chasing down a leak from the AFP without first obtaining a journalist warrant as required under the new data retention regime. 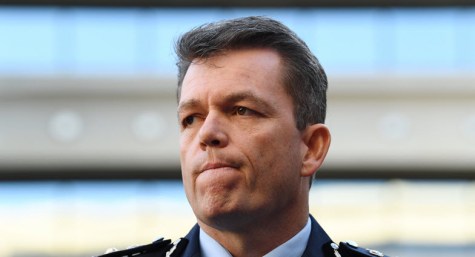 What happens when the law is above the law.

Heavens to Murgatroyd, do you suggest that we need to invoke that juvenile quip, Quis custodiet ipsos custodes?
Our Praetorian Guards are the best in the world, we have been told constantly, they don’t need to regulated.