How hacking is shown in the media, the government showing support for Australian content. Plus more media news.

Today in Media Files, we see what hacking looks like, according to stock photos the papers are using to illustrate the latest cyber crime stories. And Communications Minister Mitch Fifield has been out spruiking the government’s recent communications announcements.

What does hacking look like? Some stories are harder than others to illustrate. And one of the trickiest of all is a story about hacking. Which is why, when we learned over the weekend that the WannaCrypt malware was spreading across Europe and Russia, we also saw some very questionable usage of stock photos for the news stories.

The Age‘s front-page photo story on Sunday showed the odd combination of the inside of a computer with some Scrabble letters spelling out “cyber crime”. 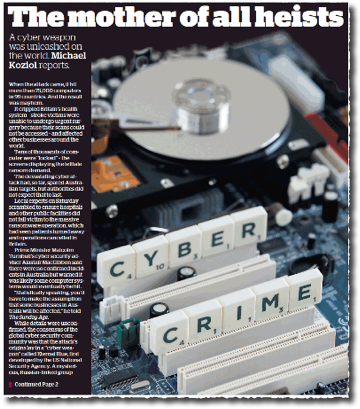 But far more common was the suss-looking hacker wearing a black hoodie and shadowy shots of hands over keyboards, or computer screens in dark rooms. Which The Age went back to today on the front-page pointer.

A hoodie-wearer appeared in overlay footage in the ABC’s TV package on Sunday, as did a reflection of the computer screen in his glasses: 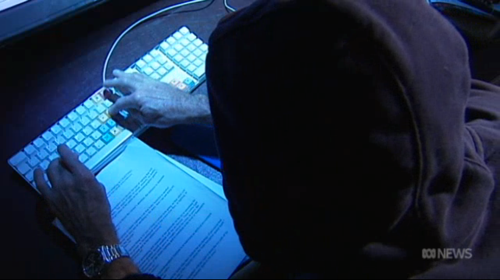 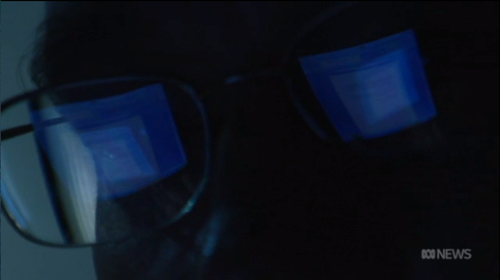 And because the hackers’ uniform is internationally-accepted, the UK’s Mirror newspaper also found a stock image of a shady laptop user wearing a black hoodie to illustrate their front-page story: 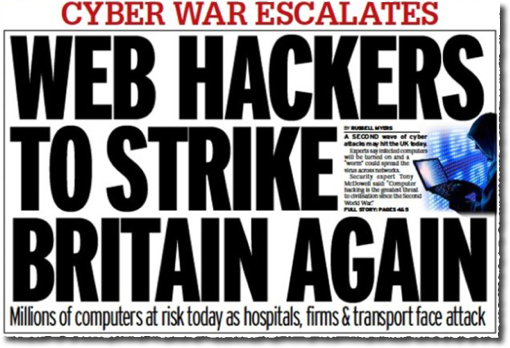 News Corp’s news.com.au and Fairfax’s Sydney Morning Herald both went for the keyboard shot to illustrate their web stories: 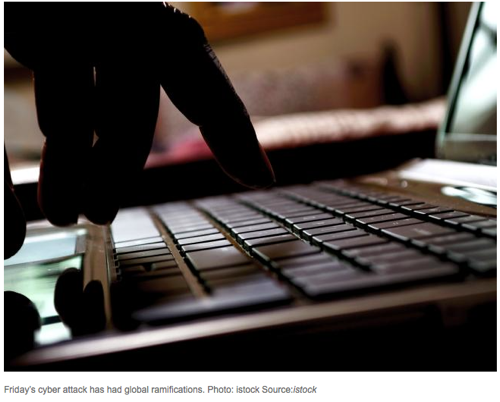 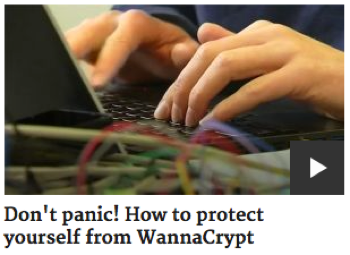 And as we’ve been warned to brace for more Australian attacks, we can only expect to see more of the same.

Sustaining Australian content. Communications Minister Mitch Fifield has used an industry conference to spruik the government’s support for Australian content. The Australian content conversation conference, put on by industry watchdog the Australian Communications and Media Authority (ACMA) with the Department for Communications and Arts and Screen Australia, is being held over the next two days. The conference is conveniently timed, falling the week after the federal budget — which abolished licensing fees for broadcasters — and after the government announced a review into Australian and children’s content. Fifield told the conference the review would rely on submissions from the industry on how to ensure the availability of quality Australian and children’s content, saying the right policy answers “rarely” come from the government. Fifield said quality content played an important role in helping Australians understand the uniqueness of their nation, as well as those overseas. “Never before has it been so important that our perspective is understood around the world,” he said.

New role for Howcroft. Fifield also used his speech this morning to announce that former Network Ten executive and panellist for The Gruen Transfer Russel Howcroft is the new chair for the Australian Film, Television and Radio School. Howcroft resigned from Ten and finished up at the end of February to move to PwC as chief creative officer.

Netflix’s first all-Aussie production. And while we’re talking about Australian content, Netflix is going down under with its first all original all-Australian series announced overnight. To be called Tidelands, it is described as a supernatural crime drama from the producers of Secrets & Lies (which aired on the Ten Network and then in a two season remake on the ABC network in the US. It was cancelled last Friday).

Tidelands will be a 10-episode series, which will debut exclusively on Netflix and will start shooting next year in Queensland. Produced by Brisbane-based Hoodlum Entertainment, Tidelands will join local co-productions include Glitch, Beat Bugs, Bottersnikes & Gumbles, Kazoops, Mako Mermaids: An H20 Adventure, White Rabbit Project and the upcoming Legend of Monkey. Netflix has also licensed Australian-grown content such as Miss Fisher’s Murder Mysteries and The Code.

In April, Hoodlum announced it would be producing a new series with ABC Studios International of the US, also with the Australian Broadcasting Company and Screen Queensland, to be called Harrow. — Glenn Dyer

Fairfax NZ papers face cuts. A second Fairfax New Zealand regional daily has started the process of reducing publication frequency and staff numbers. Fairfax’s Nelson Mail announced yesterday it was asking for feedback on how to fund local news and sustain local journalism. The review of the Nelson Mail follows a similar review in the Marlborough region last year. That resulted in the Marlborough Express moving two weeks ago to printing three days a week and offering a daily e-newsletter and local stories online.

Like in Marlborough, a potential publishing model could include printing the Nelson Mail three or four mornings a week, complemented by a daily email newsletter, the community print titles, and the Stuff and Neighbourly online platforms. These reviews look like they could be applied to many of Fairfax’s smaller NZ regional papers, regardless of what is going on in Australia with the latest offer from TPG, or in the blocked merger with rival New Zealand Media and Entertainment in NZ. — Glenn Dyer 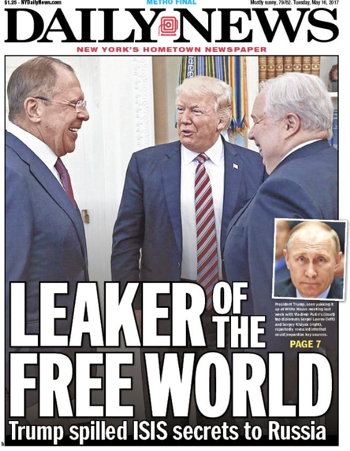 Glenn Dyer’s TV Ratings. Masterchef could only manage 1.17 million national viewers, while House Rules grabbed 1.48 million on Seven and The Voice 1.54 million for Nine. In the metros it was The Voice with 1.05 million, House Rules with 901,000 and Masterchef with 868,000. House Rules easily dominated in the regions with 583,000, with The Voice on 489,000 and Masterchef on 307,000 lagging behind. But Ten would have been pleased with Have You Been Paying Attention, which achieved not only its best audience with 1.20 million nationally (and 876,000 in the metros). It also out-rated its lead-in Masterchef, a bad look for the more established show.

Australia locked out the world. Now it’s returning the favour

Plotting the murder of Channel 31 again? It’s just so self-defeating and stupid

Shocking lack of verisimilitude from Fairfax – since when is a Y worth 10 points?

This was clearly made by Germans using the German Scrabble set.