EVERYONE LOVES A LEVY

Flick through today’s papers and you’ll see Scott Morrison’s budget described as; a “tax rise”, a “tax heist”, a “tax grab”,  a “tax hit”, a “tax whack”, and even a “tax dream”. If the Treasurer had hoped to avoid the “T” word he’ll be disappointed by the initial coverage, though no doubt heartened that the government’s attempt to rid itself of the taint of “unfairness” associated with the disastrous Abbott/Hockey budget of 2014 appears to be working.

The government’s new levy on banks has led coverage, while the 0.5% increase to the Medicare levy has drawn some ire, with the Herald Sun warning: “families hit by extra levy”.

But fear not, local levy payers. There’s also a levy for foreign investors who fail to lease or occupy a property for half the year, and another for businesses bringing in foreign workers. If you’re going to drop the “T” word, it doesn’t hurt to also get the “F” word in there.

The bankers are not happy — but does anyone else really care?

Could the crackdown on banks be a bit of revenge by a treasurer scorned? According to Simon Benson in The Australian, Scott Morrison “took it personally” when the Australian Banking Association appointed former Labor Premier Anna Bligh as its chief executive. Looking for revenue, that act of partisan treachery proved the “final straw”. Hell hath no fury.

Cassie Sainsbury, the South Australian accused of trying to smuggle 5.8kg of cocaine out of Colombia, has spoken to News Corp Australia reporter Sarah Blake and a TV crew from prison, asking for her freedom. The papers have the first photos of Sainsbury on what they’re calling “narco patio” in the prison. Her mum and sister are expected to fly to Bogota to see her today, and are asking for $1 million for the rights to their story from 60 Minutes.

The man who smashed a pie into Qantas chief Alan Joyce‘s face yesterday at a Perth business breakfast is a church-going National, The Australian reports. Tony Overheu was a Nationals candidate and a member of the Church of Christ in Perth, and the national director of the WA branch of the Full Gospel Business Men’s Fellowship International. The Oz speculates that the reason for the attack could be Joyce’s vocal support for marriage equality. The West Australian hosted the event, and editor Brett McCarthy apologised for the incident.

Pauline Hanson‘s co-founder of One Nation has lodged a police complaint claiming Hanson didn’t return money owed to a former candidate. David Ettridge has lodged the complaint with Queensland Police, according to an exclusive report in The Australian. Ettridge reportedly uncovered new information while trying to get the party to pay his legal costs for the Supreme Court trial that sent him and Hanson to prison before their convictions were quashed in 2003.

We could build western Sydney airport in three years

Brisbane: Clive Palmer will face the Federal Court to help in finding his nephew, Queensland Nickel director Clive Mensink. A judge ruled yesterday he was well enough to attend.

Melbourne and Sydney: Journalists from The Age and The Sydney Morning Herald will return to work after a seven-day strike.

Short on Liberal principles, long on survival — Peta Credlin (The Australian): “The last time I was in a budget lockup was May 14, 2013, when Wayne Swan delivered the ALP’s final budget before Tony Abbott’s landslide win. It was vintage Labor and the language of his speech, heavily workshopped by focus groups, hit every pre-election constituency with a mention, a win and a (taxpayer-funded) boost. Working through Scott Morrison’s effort last night, the same focus group work was evident with carefully calibrated phrases designed to win over the voters that have deserted the Coalition in droves.”

Warm words in Morrison’s budget barely disguise a story of fiscal failure — Stephen Koukoulas (The Guardian): “Part of this fiscal failure is due to many of the measures in the 2014 budget being rejected by the Senate. There was a naivety from the Abbott government that a hostile Senate would pass the bulk of the draconian measures that stripped benefits away from the unemployed, slashed education spending and imposed a co-payment for each visit to the doctor. The Senate rejected these and other measures that were in the budget figuring for the last three years and finally, in the current budget, these have been expunged, which accounts for part of the deficit blowout.”

A turn to Labor ways to recover from 2014 — Alan Kohler (The Australian):  “The past four years of budgets define a remarkable journey by the Coalition government. It started with Hockey’s the “end of the age of entitlement”, after he and ­Abbott burst into power with an agenda of “redefining the role of government in people’s lives”, to yesterday’s declaration by Morris­on that “we cannot agree with those who say there is nothing the government can do”. In fact, government interven­tion is the hallmark of this budget.”

Basuki Tjahaja Purnama (popularly known as “Ahok”), the outgoing Christian governor of Jakarta, has been sentenced to two years in jail for blasphemy. Prosecutors had sought a one year suspended sentence, but head judge of the Jakarta court, Dwiarso Budi Santiarto, said Purnama was “found to have legitimately and convincingly conducted a criminal act of blasphemy, and because of that we have imposed two years of imprisonment.” Speaking to constituents last year, Purnama had said his political rivals were deceiving people by using a verse in the Koran to say Muslims should not be led by a non-Muslim. His recitation of the verse was deemed insufficiently respectful by Islamist groups, which led to widespread protests. Purnama lost his bid for another term as governor earlier this year. He told the court he would appeal. — Reuters

Liberal candidate Moon Jae-in has won the South Korean presidential election, bringing to an end a period of political uncertainty following the corruption scandal which resulted in the impeachment of conservative former president Park Geun-hye. With 80% of the vote counted, the national electoral commission reported Moon had 40% of the vote, well ahead of Hong Joon-pyo (with 25.5%)  and Ahn Cheol-soo (21.4%) the conservative and centrist candidates respectively. Voter turnout was 77.2%, the highest in 20 years. Moon said in his midnight victory speech that he would make  South Korea a “just, united country.” — ABC

In a move observers say will upset regional ally Turkey, US President Donald Trump has approved the supply of weapons to Kurdish forces fighting the Islamic State in Syria. Kurdish elements of the Syrian Democratic Forces– which comprises Kurdish and Arab militias — would be equipped to help drive IS from its stronghold in Raqqa, a pentagon spokeswoman said. The equipment will reportedly include ammunition, small arms, machine guns, heavy machine guns and construction equipment. The spokeswoman said the US was “keenly aware” of Turkey’s concerns about such a move, and would seek to recover the equipment afterwards. Turkey views the Kurdish rebels as terrorists. — BBC

Google and Facebook’s idealistic futures are built on ads (Bloomberg Businessweek) “Google and Facebook both pursue lofty ideals and champion hopeful aspirations. But there remains a fracture between their inventive side and the motivations of their core business. It’s just that along the way, the companies would really like to make sure that you’re online as much as possible and that their algorithms know as much as possible about you, so they can sell you more stuff.”

Why were 101 Uzbeks killed in the Netherlands in 1942? (BBC) “Every spring hundreds of Dutch men and women, young and old, gather in a forest near the town of Amersfoort, near Utrecht. Here they light candles to commemorate 101 unknown Soviet soldiers who were shot dead by the Nazis at this very spot — and then forgotten for more than half a century. The story was rediscovered 18 years ago, when journalist Remco Reiding returned to the town after working in Russia for several years, and heard from a friend that there was a Soviet war cemetery nearby.”

Guinea pigs or pioneers? How Puerto Rican women were used to test the birth control pill  (Washington Post) “But before the circular dials and rectangular packs gained a regular spot on bathroom sinks and at the bottom of purses, the people behind them first had to prove they were effective — and to do that, they needed to test them on humans. Where they chose to conduct those tests marks one the most controversial — and rarely discussed — chapters in the history of a drug that symbolizes women’s liberation.” 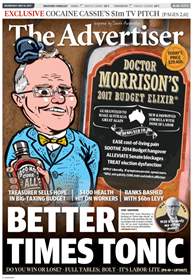