The weird and wonderful of the budget documents

It’s not all rail links and airports, there are also some downright weird things in this year’s budget, write Sally Whyte and Josh Taylor.

While this year’s budget is all about “the right choices” for “securing better days ahead” and we will hear Treasurer Scott Morrison chant “Fairness. Security. Opportunity” over the next year, there’s always room for the government to spend money on a few weird things, as well as unleashing meaningless words and graphics onto the unsuspecting public.

The government will increase taxes on roll-your-own tobacco to bring the rate in line with that charged on manufactured cigarettes.

While you can hear the disappointment in the streets of Fitzroy and Newtown, the government has also adjusted the levies on avocados. Put in place on April 1, 2017, a levy of 0.1 cents will apply per kilogram of fresh avocadoes, in order to “support biosecurity management for the industry”. It won’t be felt by consumers, though, as the R&D levy has been reduced from 3.0 cents to 2.9 cents per kilogram.

Because women’s sport is niche, the government is pledging $30 million over the next four years “to support the broadcast of underrepresented sports on subscription television, including women’s sports, niche sports, and sports with a high level of community involvement and participation”.

Resilience for the Bureau of Meteorology

Funding cuts to the AEC

The Australian Electoral Commission’s Northern Territory office will face cuts of more than $5 million over the next four years by “reducing physical presence” and moving some of its operations to Queensland.

No lipstick on pigs in this budget, with $2.1 million committed over two years to implement a government ban on cosmetic testing on animals that was promised in last year’s election.

The nanny state is calling

The Prime Minister’s Walk for Life Challenge gets $10 million, while $5 million is going to GPs to “support Australians to achieve a healthy lifestyle through increased physical activity and better nutrition”.

The government will tip in an extra $15.5 million for the vague premise to “support our athletes in the lead up to the 2018 Gold Coast Commonwealth Games”.

It was already previously announced, but $22.7 million was set aside for GovPass, a way for people to prove their identity when wanting to use government services online.

The government is plugging another $374.2 million into the troubled My Health Record system as it moves to become a national opt-out system for health records. The government claims this will be partially offset to the tune of $305.5 million through “delivering health efficiencies” by using electronic health records, and through using funds from unnamed “uncommitted health program funds”

While the government should be commended for having more diversity in its graphics than Labor’s Australian jobs first advertisement, we still have some questions.

Why is this couple at the home ownership stage of the flow chart so old? Is it because people will still need to wait until they are past middle age to afford property under this plan? 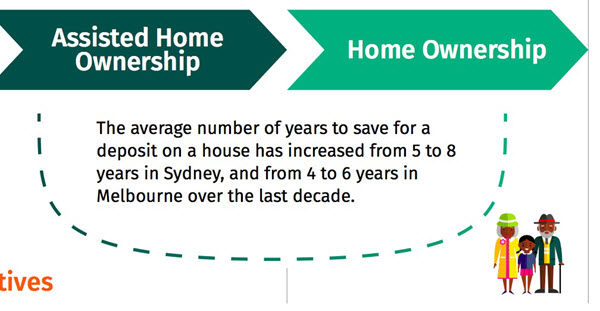 And is this the same stock photo model used twice? Is he cheating on his smiling families? 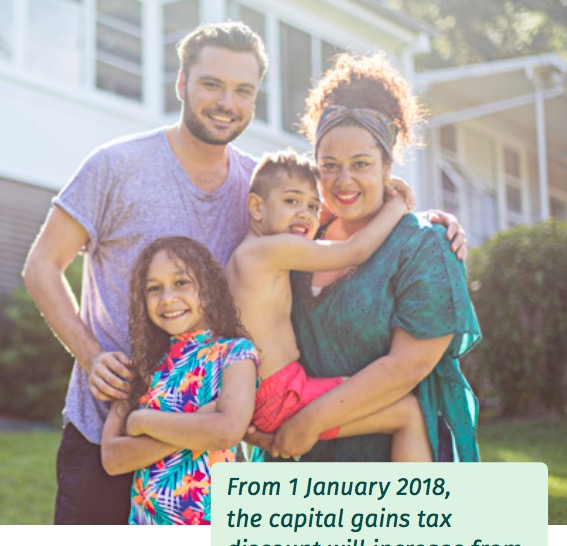 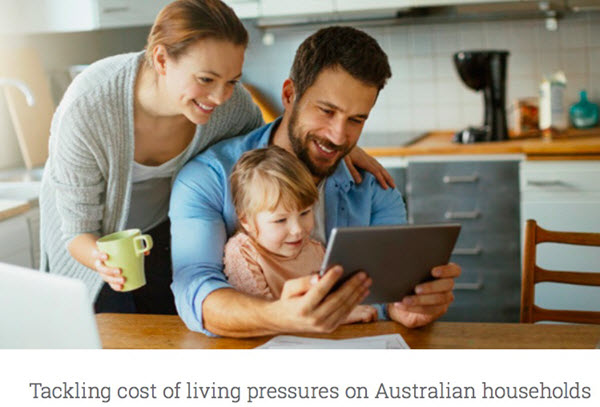 This year, children and young people have become “future taxpayers”. While the government has long used rhetoric about avoiding passing debt onto future generations, now it’s all about “respecting future taxpayers”. Just in case you had any doubt what a future taxpayer is, there’s a photo of a smiling child, defined only by her ability to pay tax in the future.

The bloke is similar but don’t think quite the same facial proportions.
Could have been on diet of course..

It’s nice they could find $15,500,000 million for that gold medal slush fund – so that these clowns could have their picture taken with our winning athletes, to go on their own political PR/advertising?
As if that sort of dough couldn’t have gone to more deserving causes – like the less photogenic housing for the homeless?

We have a new winner in the vapid, meaning free slogan – move over ‘continuity with change’, come on down “respecting future taxpayers”!
It has everything – ie nothing intelligible, coherent or even a nod at reality.
Sounds like the sort of thing a failed tourism spruiker might think up after a night on cheap turps.

“Both these people have beards, are they the same person?”
No, they’re not. They’re not even the same beard styles.