What an emotional roller-coaster these past 48 hours must have been for Ray Hadley.

Today in Media Files, Ray Hadley is no nincompoop, winning a defamation case against two NRL club officials he called just that, and Nine has not learned its chequebook journalism lesson.

Hadley wins defamation case. Ray Hadley has won a defamation case after he called former NRL club Parramatta Eels officials “nincompoops”, among other claims, The Australian reports. Former chairman Steve Sharp and former deputy chairman Tom Issa sued Hadley and his radio station, 2GB, for defamation after he said the Eels board, led by them, was “dysfunctional and basically hopeless”, and claimed it was laughable that the “absolute nincompoops” did not know about abuse of the salary cap. Sharp has been ordered to pay costs of $60,000, and a ruling on Issa’s final costs will be decided later this year.

Video of the day. To balance Hadley’s winning feeling, his Macquarie Media colleagues stitched him up with a well-shot “prank” yesterday, sending in a fake uni student to do an interview. Hadley gets predictably worked up, calling the student a fuckwit and boasting about his rating success. 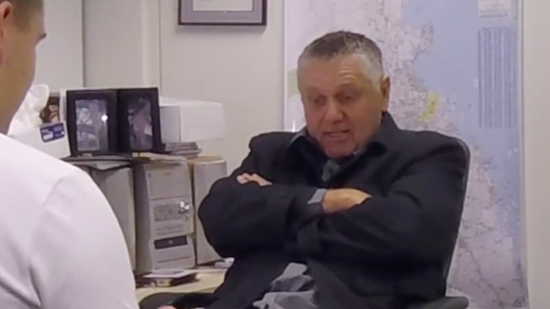 Deadline looms for kids’ paper funding. Children’s newspaper Crinkling News has just two days left to meet its funding goal of $200,000 to keep publishing past this week’s edition. The fundraising campaign is just past a third of the way to its goal. As Crinkling News board member and former Sydney Morning Herald editor Peter Fray wrote in Crikey last week, founders Saffron Howden and Remi Bianchi have run out of seed funding, despite the newspaper’s “grand success”. You can donate to the campaign here.

Nine has not learned its chequebook journalism lesson. The Nine Network and its fading current affairs program, 60 Minutes, are slow learners, judging by the news that they have signed up Colombian jail inmate and alleged cocaine smuggler, Cassie Sainsbury’s family for an exclusive interview. The amount paid is unknown.

But you would have thought that after last year’s Beirut debacle (and the millions spent ransoming the 60 Minutes crew and settling legal cases that flowed from that), and also paying $75,000 for an interview with lifestyle and “cancer” blogger, Belle Gibson, that the network and the program would be a bit more considered in its approach to chequebook journalism. 60 Minutes also beat Channel 7’s Sunday Night to secure an interview with Gable Tostee, who was acquitted on charges relating to the death of Warriena Wright.

After all, news of the paid interview with Nine emerged a day after Sainsbury appealed for federal government help in paying her legal costs. Not a good look. Now newspaper reports say 60 Minutes is believed to have bought an interview with Lisa Evans and Khala Sainsbury, the mother and sister of the accused South Australian drug smuggler. Judging by comments on social media, the interview will spark a storm of nasty comments after it goes to air.

Nine last night promoted and then broadcast the first photo of Sainsbury in a Colombian jail, but the network told media inquirers that the picture was sourced separately to the deal with her family. Perhaps it’s time for 60 Minutes to stage a break-out attempt? — Glenn Dyer

Glenn Dyer’s TV Ratings. It was Nine’s night thanks to The Voice, which had 1.54 million national viewers and 1.10 million in the metros. Seven News from 6 to 7pm was surprisingly weak in the metros and was easily beaten by Nine, but a strong regional performance took it to the top of the national rankings. Ten’s MasterChef was again a touch weak and so easily beaten by Seven’s House Rules — 1.40 million to 1.18 million.

The ABC news and current affairs line up did OK, but looked off the pace until Q&A at 9.35pm, which was the most entertaining episode this year thanks largely to comedian Dave Hughes and great hosting from Virginia Trioli. It got 600,000 national viewers and deserved more. And Ms Trioli backed up again for News Breakfast on Tuesday morning — trooper.

In regional markets Seven news again topped the night with 727,000 viewers, followed by Seven news/Today Tonight with 586,000, then House Rules with 531,000, Home and Away was 4th with 530,000 ad the 5.30pm bit of The Chase Australia averaged 493,000.  Today won metro breakfast over Sunrise, which again topped the list nationally.– Read the rest on the Crikey website

Speaking of defamation: “accused South Australian” would be enough for me to fetch the lawyers