A trial program will subject those on the Youth Allowance and Newstart to random drug tests. Those who fail will have their cash taken away.

The federal government has announced plans to trial testing welfare recipients for drugs and will limit the cash they receive from Centrelink if they fail. As part of the trial, announced in the 2017 federal budget on Tuesday, 5000 people on Newstart or Youth Allowance in three locations will be required to take random drug tests in order to continue receiving their payments from January 1, 2018. The trial will run for two years.

Former prime minister Tony Abbott briefly toyed with the idea of drug testing but abandoned it. In response to questions on why the government was now interested in chasing welfare recipients on drugs, Treasurer Scott Morrison said in his budget lockup press conference that Australians were prepared to support people, but welfare was a two-way street, and the government was prepared to try the drug testing to bring responsibility into accepting welfare payments:

“It’s a trial. We try things. If they work, we keep doing them; if they don’t work, well we won’t keep doing them. I think that is a very pragmatic approach.”
The three locations where the program will be trialled have not yet been decided, but once the program is up and running, the government will profile people on welfare to determine the 5000 test subjects, saying that it will be “based on a data-drive profiling tool developed for the trial to identify relevant characteristics that indicate a higher risk of substance abuse issues”. There was nothing in the budget papers about drug testing the largest group of welfare recipients in Australia, those on the age pension.

Social Services Minister Christian Porter has suggested that the tests will be like roadside drug testing that use swabs for saliva, but he has left the door open for urine testing or hair follicle testing as well. The tests will look for marijuana, ecstasy and methamphetamines including ice.

The testing will be done as part of meetings with the Department of Human Services, but the government plans to outsource the testing. There will be fines imposed for people who refuse to take the test, and those who test positive to drugs will be able to take out less of their welfare payments in cash. The rest will be kept on a card, similar to the cashless welfare card, and can only be spent on certain goods. They will also be forced to take more tests, and if they test positive more than once they will be referred to a doctor for a medical assessment. Those in treatment would then have their treatment count as part of their job plan requirement for work.

The cost of the drug testing program has not been detailed in the budget because the government states it is commercial in confidence. It is part of several welfare crackdowns in the budget, including those previously announced in The Daily Telegraph this week, including a new “demerit” system for the estimated 100,000 people on welfare who miss appointments for job seeking.
If someone gets four demerit points in six months for missing their job-seeking obligations, they can be pushed into a three-strikes compliance system, in which the strikes are: losing half of their fortnightly payment, losing their full fortnightly payment, and then having their payments cancelled for a minimum of four weeks.

From September 2018, there will be an increase in the activities requirements for job seekers over 30. Those between 30 and 49 will need to do 50 hours a fortnight of activity, up from 30 today and in line with that expected for people aged between 18 and 29. Older workers will only be able to do 15 of their 30 activity hours as volunteer work, while those aged over 60 will need to undertake at least 10 hours annually of volunteer work.

As the government has already announced, there will also be an extension of the controversial cashless debit card, including expanding it beyond the current two trial locations in Ceduna and East Kimberley from September this year. From March 2020, the government will also condense working age payments into one new JobSeeker payment, axing legacy payments including the Widow Allowance, the Bereavement Allowance, the Sickness Allowance and the Wife Pension.

While the Department of Human Services has remained in denial about issues with the Centrelink call waiting times as a result of the automated debt notice debacle, the government has provided $5.5 million in funding to pilot expanding Centrelink call centres by 250 full-time positions, and will require people claiming welfare to provide their tax file number to Centrelink to make it easier to access their income information.

Information held by DHS will also be allowed to be used in criminal proceedings as part of welfare fraud prosecution, the budget papers indicate. 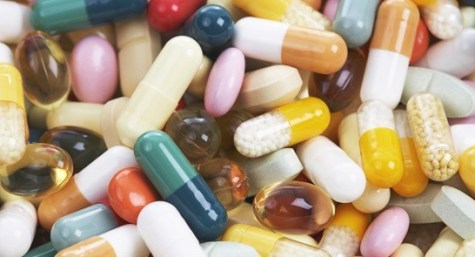 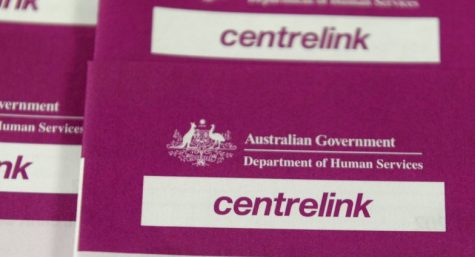 As long as the “Druggies on the Dole” police are NOT allowed to randomly kick in doors..

Good grief! 750,000 unemployed and Scomo wants to recruit them into the
#Haven’tgotathingtolose army.
That should go down a treat.
It makes Bill Shorten’s army of white people look positively benign.
Deny them the dole @$14K p.a. & put them in jail @$100K p.a.
Sounds like a plan. 🙁

I feel the drug testing hasn’t gone far enough. To be fair and equitable it should extten to all taxpayers who submit any firm of tax expense deduction in their income tax return. I don’t think even treasury has an estimate on how much revenue would be saved. Any individual in a corporation testing positive would automatically invalidate any tax expense deduction for that tax year. See how that goes down.

Figaro, that’s about as ethical as infidel taxes. If you believe tweaking your consciousness should be illegal, then you’re in an extreme minority.

As for the overall punitive approach to Newstart, this is from members of a generation who have happily rigged (manipulated a captive market) the system to make on average well over Newstart allowance in real estate appreciation. They also want to ignore the fact that every citizen is effectively a shareholder in the nation, where dirt is being sold and a person terminated from receiving benefits is being actively dispossessed of any revenue. There’s a word for that.

The Scapegoat Tax?
Why do people take drugs …?

This is wicked in so many ways but let’s just recall that, as far as ‘red meat’ for the arsehole vote goes, the essential point is that they don’t give a shit whether people are in poverty, it is whether they are not being miserable & suffering sufficiently.
It’s just a notching up of the work-for-the-dole mentality – it does not train people for non existent jobs nor get things done within communities, just makes the victim that little bit more unhappy.