Not dead yet: how the media killed Prince Philip

An emergency meeting at Buckingham Palace! What could be more exciting!

When the Daily Mail reported a “major announcement” to be made at Buckingham Palace yesterday, journalists and social media went into overdrive.

Overseas media picked up the story, published online after midnight in the UK. In the clamour for information while most of the UK was still sleeping, any tweet or apparent piece of confirmation was pored over and reported.

As many outlets would have also done, the newspaper had prepared a story mourning the death of Prince Philip — himself a celebrated author of the gaffe. The only issue was with The Sun‘s plan, of course, that no one had said he was dead when someone working at the paper hit publish.

For some hours before Prince Philip’s retirement was announced, palace staff had been advising reporters that Philip and the Queen were both in good health and not the subject of Thursday’s meeting.

The Sun quickly changed its story, with a new headline reading “QUEEN’S COMPANION Who is Prince Philip, what was the Duke of Edinburgh’s military rank and when did he marry Queen Elizabeth?” However, the damage was done, with eagle-eyed Twitter users (and competitors) quick to take screenshots of the embarrassing moment.

On home soil, news.com.au was one of the first to run the speculation that the announcement might be about the health of the Duke of Edinburgh: 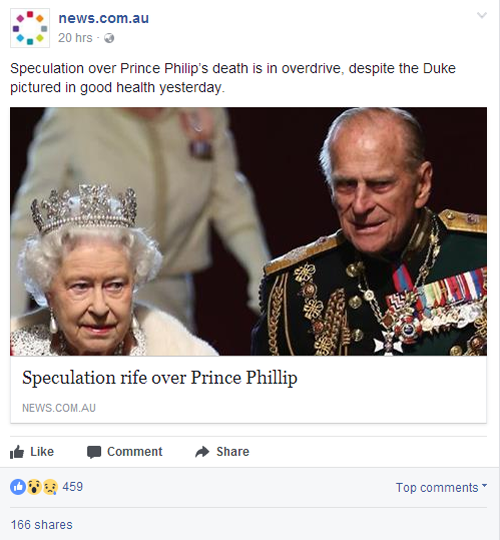 As respected royal watchers questioned the claims of an emergency meeting, news.com.au tempered its headlines. But other news services could not resist the juicy news that Philip had died. A website that bills itself as “Truth, unfiltered” called YourNewsWire pushed the story along with what it said was confirmation of a different death. 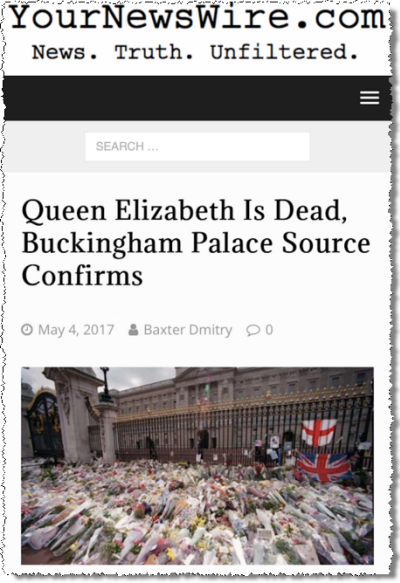 KIIS FM’s website ran the story under the headline, “THERE ARE REPORTS OF A DEATH AT BUCKINGHAM PALACE”, quoting a tweet from a “reporter” — a Twitter user with only a few followers yesterday afternoon — saying the flag was flying at half-mast at Buckingham Palace. 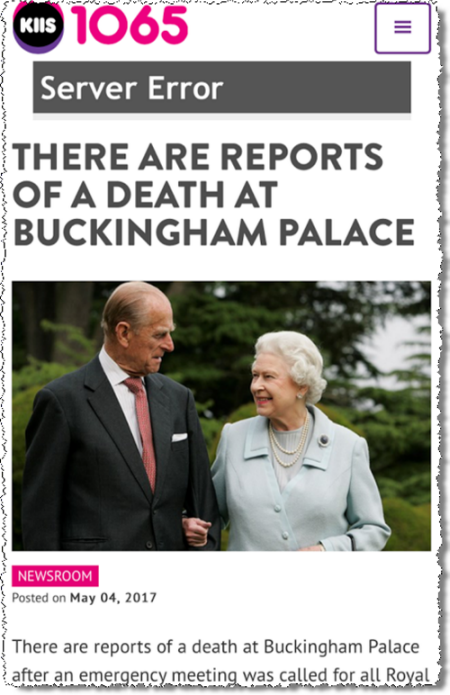 But the most horrifying cock-up yesterday was A Current Affair host Tracy Grimshaw’s wide-eyed announcement. During a cross to reporter Grimshaw made the right royal faux pas of telling Nine viewers the Queen — and not Prince Philip — was stepping down from public life.

Pausing to listen to her earpiece, Grimshaw said the program had “confirmation” the Sovereign was in effect abdicating — a much more “significant” story, before quickly correcting herself.

The experienced TV host had been at the mercy of producers feeding her details through the earpiece while presenting the breaking story live on air during a cross to the network’s UK correspondent Michael Best, who was posted outside Buckingham Palace. 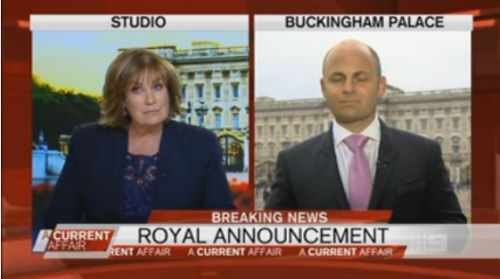 For what it’s worth, The Australian‘s associate editor and writer Chris Kenny was convinced it was going to be “major”: 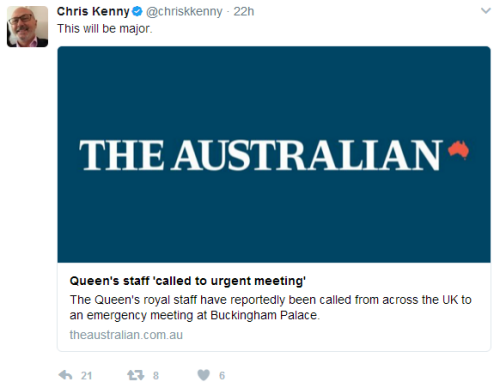 In the end, the news was much less dramatic. Philip, at 95, has announced he’s stepping down from public life.

I heard a serious royal correspondent yesterday remark that they have these meetings every six months and she though a significant reorganisation was a likely cause. She seems to have been spot on.

I’m half expecting Prince Philip now at some point in the future to clarify it by saying words to the effect of “The reports of my demise have been greatly exaggerated.”

The speculation was ludicrous from the start. As if an announcement of a royal death would be made at a staff meeting. Good grief, how gullible are certain media & their dumbed down followers.

It is also highly unlikely that, while in good health, ER II will ever abdicate as the scandal surrounding her uncle (Edward VIII) made a deep impression on her as a young woman. Editors who rushed to publish such confected dreck have scant understanding of history.

The old fossil will die of ‘old age’ or ‘natural causes’.

Good timing – he’s worked out how to avoid meeting Trump.