Why does a newspaper need subeditors? The front page of The Sydney Morning Herald holds a clue.

Today in Media Files, we see what happens when subs strike, with a front-page clanger in The Sydney Morning Herald today, and Senator Sam Dastyari uses My Little Pony to explain the Fairfax strike.

It’s the ecomomy, stupid. Fairfax management have had to scramble to pull together their metro papers with editorial staff on a seven-day wildcat strike. And the end result is clangers like this one in The Sydney Morning Herald today, in a front-page headline. 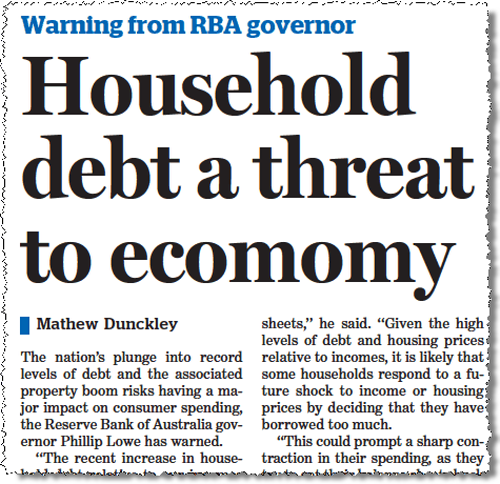 Video of the day. And if you’re not quite sure what the Fairfax strike’s all about, check in with Labor Senator Sam Dastyari, who’s explained it the best way he knows how, using My Little Pony: 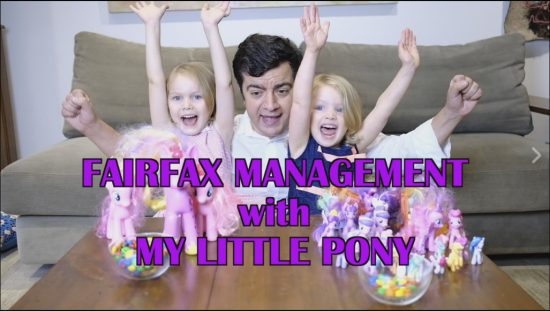 Macca’s not All Over how to record an interview. The ABC’s Ian “Macca” McNamara has a legion of loyal listeners to his Australia All Over program, which runs on ABC radio for four hours every Sunday morning. On a recent trip to Dunedoo, in central western New South Wales, Macca interviewed listeners Kevin and Jenny White from Cowra. Unfortunately, the veteran broadcaster forgot to use a windsock for his recorder, so the interview was unusable. “It sounded like we were in a wind tunnel,” he told listeners on Sunday when Kevin and Jenny themselves called in. Luckily, he remembered to use the windsock in subsequent interviews, which he said solved the problem.

New regional weather jobs for ABC. The ABC has released another two of its new regional positions promised under its restructure announced in March for the “Investing in Audiences” strategy. The weather jobs will be for a reporter and a producer to focus on weather stories for digital and broadcast platforms, to be based in rural Australia. The ABC currently has weather presenters for ABC News Breakfast, and the Sydney, Melbourne, Hobart, Brisbane and Perth 7pm bulletins. It no longer has weather presenters for Darwin, Adelaide or Canberra bulletins, but an ABC spokeswoman could not say how long ago these roles were scratched. The ABC also announced 28 new regional jobs under the same strategy last week.

Ten shares slump. After three days of small rises, Ten Network shares lurched southwards again yesterday, falling more than 6% to 23 cents (2.3 cents before last year’s 10-for-one share consolidation), the level it closed on May 1. At the same time more evidence emerged on just who has been helping weaken the price in recent days.

Why? Who knows? Perhaps it was the absence of any agreement (which was expected yesterday) from three big shareholders about whether they would guarantee a new $250 million loan to replace the existing $200 million revolving credit from the Commonwealth Bank, on which $45.5 million is owed, along with $31 million of unpaid guarantee fees to the three big shareholders for the CBA facility.

The trio — James Packer, Bruce Gordon and Lachlan Murdoch — was supposed to have decided yesterday on whether to guarantee the new loan facility . But there has been no announcement or rumour, so down went the share price.

UK-based fund manager Lazard has been driving the selling since late March, cutting its stake in the country’s third-biggest commercial network from 10% on August 31, to 6.36% on Wednesday. Lazard said it now held 23.466 million Ten shares, down from 52.2 million in August. Lazard has so far filed three notices revealing the selling of more than 15 million shares since March 29 this year.

Lazard was the biggest shareholder in Ten after Bruce Gordon, with 14.9% (he owns Ten’s regional affiliate, WIN, and 14.9% of rival Nine) and Foxtel with 13.84%. A further 3 million Ten shares were traded yesterday. More than 37 million Ten shares have been traded since April 27, the day the interim results were released with directors warning that the company might not be a going concern if the loan and other factors were not settled (including the ending of TV licence fees in next Tuesday night’s federal budget).

Meanwhile, as Ten and Sky News negotiate a production agreement and restructuring, the two will have to look at new sources of TV news vision. They can’t use vision from Nine or Seven, which could be shared under existing deals (such as overnight police rounds pooling of vision). That’s because after News Corp Australia bought Nine and Seven out of Sky News last year, the Murdoch-owned channel was blocked from continuing to use the stories and vision created by the newsrooms of its two former shareholders. So Ten will have to source vision for itself — from AAP, or buy from the ABC or SBS. — Glenn Dyer

Fairfax CEO Greg Hywood yesterday told a Sydney investment conference that group revenues were 6% below last year for the first 17 weeks of FY17 H2 (December 26, 2016 to April 23, 2017), with metro media publishing experiencing an 11% fall (that is, The Age, The Sydney Morning Herald and the Australian Financial Review, and websites such as Brisbane Times), while the (regional) Australian Community Media has also seen an 11% slide.

But yesterday industry body Newsmediaworks released March quarter figures showing total revenue (print, digital and newspaper inserted magazines [NIMs]) fell 10.3% to $480 million from $535 million in the first quarter of 2016. Print ad revenues slumped 14.7% to just $352 million from $413 million. NIMs fell to $15 million from $16 million. The only increase was in digital, which rose 6.2% to $112 million from $105 million.

The other major publishers are Seven West Media with The West Australian and Sunday Times (bought from News Corp), and of course News Corp, which accounts for more than 70% of daily newspaper sales and a similar amount for all newspaper sales in the country.

As the industry figure was higher than Fairfax’s, there is every chance that the falls experienced by News Corp papers were larger than those at Fairfax, even after digital revenues were included. Even if they weren’t and were around the 11% experienced by Fairfax, the Murdoch papers falls in dollar terms would have been larger than at their rivals (because the News Corp papers have a bigger share of total revenues).

We will get a better idea from the News Corp quarterly report released next Wednesday morning, Australian time. But already the New York Times has reported a 17.9% slide in print ad revenues for the first quarter, Gannett (America’s biggest print company) saw a 17.7% and McClatchy 12%. in the UK Trinity Mirror (owners of the Daily Mirror and its Sunday stablemate, plus the People and a host of regional papers) saw a massive 19% slide in print ad revenues in the first four months of 2017. — Glenn Dyer

Glenn Dyer’s TV ratings. Relief for Ten, if only for one night. Masterchef did well — though it couldn’t crack the million metro viewer level — but nor could House Rules over on Seven.

The lack of a windsock probably made it the most enjoyable Macca segment in broadcasting history.

Given that Macca’s prog is a free 4 hour plug for the gNats, why the hell isn’t Barnaby Rudge paying for it?