Prince Philip retires and Malcolm Turnbull waits on Donald Trump. It's the news you need to know, by Sally Whyte and Max Chalmers. 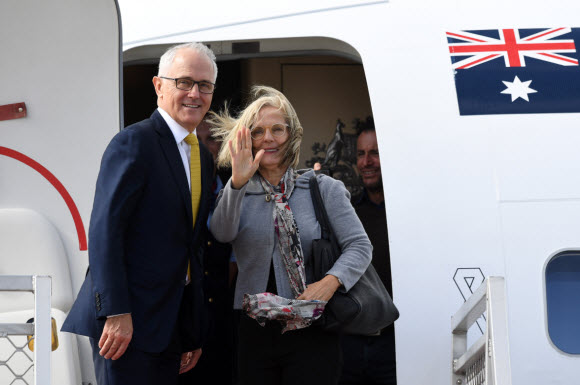 Prime Minister Malcolm Turnbull is looking at the clock in New York City as he waits for his meeting with US President Donald Trump. Trump has been delayed in Washington as he lobbies Congress to pass his repeal the Affordable Care Act. He was originally scheduled to meet with Turnbull for an hour at 4pm local time; now it looks like a 30-minute meeting at 7.15pm in New York, The Australian‘s Cameron Stewart reports. The meeting will be followed by a gala dinner on board the USS Intrepid for the 75th anniversary of the battle of the Coral Sea. At the time of writing, it wasn’t clear if Trump had even left the White House for his first visit to New York since becoming president. Turnbull has traveled across the world for the occasion, spending a very short time in the Big Apple. Trump isn’t Turnbull’s only date, though — he’s already met Commander of US Pacific Command Admiral Harry Harris and visited the US Joint Terrorism Taskforce. What does it say about Australia’s relationship with the US if Trump snubs Turnbull?

After hours of fevered speculation yesterday afternoon, it was announced that Prince Philip would retire from public life in August. After royal staff were called to Buckingham Palace for a meeting, the rumour mill went into overdrive about the health of the Duke of Edinburgh, but the news was not as dramatic as it seemed. In an official statement, Buckingham Palace said the Prince would “no longer carry out public engagements from autumn”, but that the Queen would continue to carry out her own duties with the help of other family members.

In one of the most British exchanges, one of the Duke’s guests yesterday told him “I’m sorry you’re standing down”, to which the reply was “Well I can’t stand up much longer”.

Acting Prime Minister Barnaby Joyce said last night: “We wish him all the very best. It says something about an individual that they get to the age of 95 before they decide to officially retire”.

And in case you need reminding, The Australian has done this list of 90 gaffes in 90 years.

EDUCATION FUNDING ROW NOT OVER

The fallout from the government’s Gonski 2.0 announcement continues, with the Catholic education sector making its objections to the deal known. ABC’s Lateline has obtained a report that shows taxpayer funds for Catholic schools were directed to more popular schools instead of poorer dioceses.

Education Minister Simon Birmingham was accosted by protesters as he spruiked the policy at the National Press Club yesterday, while Labor has indicated that it supports cuts to funding for “overfunded” schools.

New York City: Prime Minister Malcolm Turnbull is due to meet with US President Donald Trump, but as reported above, the meeting has been delayed until about 9.15am AEST as Trump tries to secure the votes to repeal Obamacare.

Adelaide: Scott Bainbridge, fiance of alleged drug mule Cassie Sainsbury, along with her lawyer Stephen Kenny, will speak to the media about her situation in Columbia.

Sydney: The minutes of the Reserve Bank of Australia’s May Monetary Policy meeting will be released.

Sydney: Challenger for the presidency of the Australian Olympic Committee Danni Roche will speak at a Women in Sport lunch. The presidential vote between Roche and current president John Coates will take place tomorrow.

Canberra: The rugby league Anzac Test between Australia and New Zealand is at GIO Stadium tonight.

Libs must hold their nerves to push through Gonski 2.0 — David Crowe (The Australian $): “Education Minister Simon Birmingham has made a braver decision than his Labor predecessors by facing up to a fundamental reality: that repeating Julia Gillard’s pledge that “no school will lose a dollar” is untenable when there is no bottomless pit of commonwealth cash.”

Fair and rational school funding system long overdue — Nick Greiner (The Australian $): “The important thing is that at the end of the process the result will be state- and sector-blind and better for all. Every fair-minded person — regardless of religion, politics or educational preference — should support the change.”

Simon Birmingham gets an F for an unfair plan — Stephen Elder (Herald Sun $):”For Victoria’s Catholic schools, that funding cut, using conservative estimates, will add up to over $25 million each year. That money will have to be found by increasing fees or cutting valued programs in our schools.”

President Donald Trump has won the first round of the battle for the future of American healthcare, with the Republican-controlled House narrowly passing a bill to repeal and replace president Barack Obama’s signature Affordable Care Act. The law that will replace it is likely to leave tens of millions of Americans without health insurance but will fulfil a longstanding Republican promise. The fight isn’t over yet, though, and the bill will face difficulties overcoming Democrats and moderate Republicans in the Senate. — New York Times

The fallout from yesterday’s French presidential debate: a defamation case, the intervention of a former US president, and a slight boost for Emmanuel Macron. Rival Marine Le Pen might have had some of the best jibes, but the French media called the slanderous debate for Macron, who brought a defamation complaint against Le Pen after she implied he held an offshore bank account. If all that wasn’t enough, former US president Barack Obama weighed in with a direct appeal to French voters, asking them to back Macron. — The Guardian

A minister in the Somalian government has been shot dead by the state’s own security forces, in what appears to have been a mistake. Abas Abdullahi Sheikh, a former refugee, was shot while waiting in his car. Security forces reportedly thought the vehicle belonged to Islamist militants. — BBC

Macron came to Greece’s aid during our crisis. The French left should back him (The Guardian): “In a text message, with which he announced his willingness to intervene and try to end our asphyxiation, he told me that he struggled to convince Hollande and Gabriel to find a solution. His message ended thus: “I do not want my generation to be the one responsible for Greece exiting Europe.””

Mysterious rash of Russian deaths casts suspicion on Vladimir Putin (USA Today): “A former member of the Russian parliament is gunned down in broad daylight in Kiev. A longtime Russian ambassador to the United Nations drops dead at work. A Russian-backed commander in the breakaway Ukrainian province of Donetsk is blown up in an elevator. A Russian media executive is found dead in his Washington hotel room. What do they have in common? They are among 38 prominent Russians who are victims of unsolved murders or suspicious deaths since the beginning of 2014 …”

Is this tiny European nation a preview of our tech future? (Fortune): “In 2000, Estonia became the first country in the world to declare Internet access a basic human right—much like food and shelter. That same year it passed a law giving digital signatures equal weight to handwritten ones. That single move created an entire paperless system.”

Apple-picking robot prepares to compete for farm jobs (MIT Technology Review): “Today apple orchards rely on people to pick their crops. Dan Steere, cofounder and CEO of Abundant, says recent tests in Australia, where apple season is under way, proved that the company’s prototype can spot apples roughly as accurately as a human, and pull them down just as gently. The machine deposits apples in the same large crates that human pickers use.”

Forty-nine straight hours inside Trump’s Washington hotel (Bloomberg): “The hotel lobby is drawing Trump fans who cheered his promises to drain Washington’s swamp, along with the power players who know how to swim in it. Because much of their money will end up in Trump’s pocket, and the government he controls leased the building to him, few places present more potential conflicts for the president.” 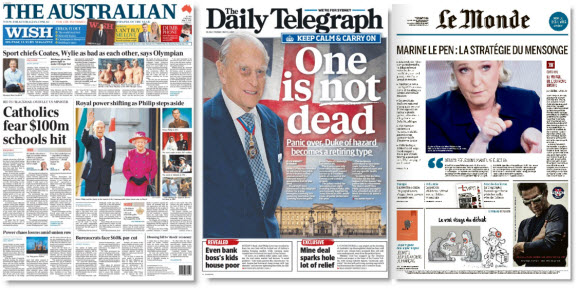