Oregano regret this? A stuff-up between the Queensland Herbarium and Australia’s quarantine service has resulted in the destruction of some almost 200-year-old French plant specimens, according to a Crikey tipster. This week we were told that quarantine services, now known as Australian Biosecurity, destroyed French and New Zealand specimens on their way to the Queensland Herbarium. According to our tipster:

“A herbarium specimen is a pressed plant that has been collected in the field, pressed and mounted on a sheet of thick card-like paper. They are the building blocks of important and world wide botanical and taxonomic research. Herbaria and universities from around the world regularly loan and share their specimen sheets to each other for collaborative research. It is an activity that has been conducted with reciprocal loan arrangements and is based on trust and confidence that the loaner and loanee will do the right thing with each others valuable specimens … When a plant is collected and “pressed” and if a new identification is determined from that specimen and a new species is described the very first specimen becomes known as a ‘type”. You can see that specimens collected from the dawn of time and which are types are of incalculable and irreplaceable scientific and cultural value.”

Some of the specimens in question date back to France in the 1820s, according to our tipster. So what happened? We asked the Queensland Herbarium, which is based in Brisbane. They wouldn’t answer questions, pointing us towards the media department for the Queensland Department of Science, Information Technology and Innovation, which also refused to comment.

The federal Department of Agriculture, which is responsible for quarantine, did answer Crikey‘s questions, however vaguely. According to an Agriculture spokesperson, an international package with herbarium specimens arrived in Australia and was assessed in early January. “The package did not meet Australia’s biosecurity requirements, as the required labelling and appropriate documentation was not present,” the spokesperson said.

The department says the package’s labelling did not indicate that it contained valuable items, and that there was no prior notification that it would arrive.

“It is standard practice for the department to hold goods pending further information. The department held the goods for longer than the prescribed period, waiting on further advice from the importer prior to the routine destruction of forfeited goods with a declared low value, which took place towards the end of March.Between the package arriving and its destruction, the department was in correspondence with the intended recipient seeking additional information to properly assess and release the package. A number of issues arose during these discussions, which should have otherwise put the routine destruction on hold while a final decision was still pending. The department attempted to recover the package prior to final destruction, but was unable to do so.”

So what we know is that valuable specimens headed for the Queensland Herbarium have been destroyed, never to be recovered, but we don’t really know who to blame — and it looks like we may not find out.

The federal department is sorry though, telling Crikey:

“The department acknowledges the significance of the consignment and the extremely regrettable occurrence, however it does highlight the importance of the shared responsibility of Australia’s biosecurity system and how important it is that import requirements are known and adhered to.”

The statement said the department has “identified and implemented a number of corrective measures to avoid this incident reoccurring”.

Know more? Get in touch here. You can remain anonymous if you wish.

A black eye but worth it. What is the best way to get the attention of the stars of your one of your favourite shows? Turns out it’s choking while laughing at their program, leading to injury.

As reported by The Australian‘s one and only Strewth columnist worth mentioning, James Jeffrey, Labor MP Graham Perrett came a cropper while watching US political comedy Veep:

“He made the mistake of watching political satire Veep while eating, started laughing — then choking — while masticating a load of rice, fell over and planted face first on to the aforementioned bench.

Three stitches and some surgical glue later, Perrett is out and about.”

This elicited a reply on Twitter from star of the show Julia Louis-Dreyfus, who said “I mean, c’mon, I’m actually having a hard time believing it. But the real question is — what episode?”

She also told Perrett to be a more responsible viewer: “Take good care of yourself and for God’s sakes — be careful!”

Armando Iannucci, creator of the show, also tweeted: “My work here is done. Leaving Australia tonight. Thanks for all the fun.”

Fairfax for rent. Some awkward timing in the week that Fairfax has announced that it will cut more than a quarter of editorial jobs from its newsrooms: this advertisement has popped up on a commercial real estate website, offering part of level three of Media House up for rent. As striking journos said on Wednesday, when Media House was first built, six levels were home to Fairfax staff; now they occupy just one floor. Renting out this space was part of a move, suggested by staff last year, to save money without cutting jobs. It is unfortunate that it hasn’t helped. 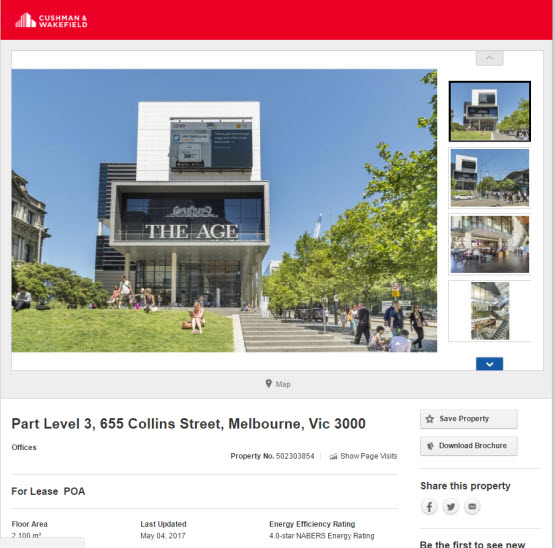 Iannucci’s The Death of Stalin is hilarious, but politically naive

They shouldn’t have called any of their specimens Pistol & Boo….

It seems to be the Qld Herbarium’s fault esp as there had been correspondence back & forth – a phytosanitary certificate is routinely accepted by AQIS from some pretty dodgy authorities in the Pacific for vegetable products.
What was going on at the Herbarium?