Malcolm Tucker is what is wrong with politics, The Thick of It creator says.

The man behind The Thick of It’s Malcolm Tucker and Veep‘s Selina Meyer says comedy won’t cure what ails modern politics, but it might get people to actually engage in politics again.

As guests walked into Sydney Town Hall on Tuesday night for the first of several shows in Sydney and Melbourne by Scottish satirist Armando Iannucci, they were greeted with a sign that warned them the talk “may contain coarse language”. 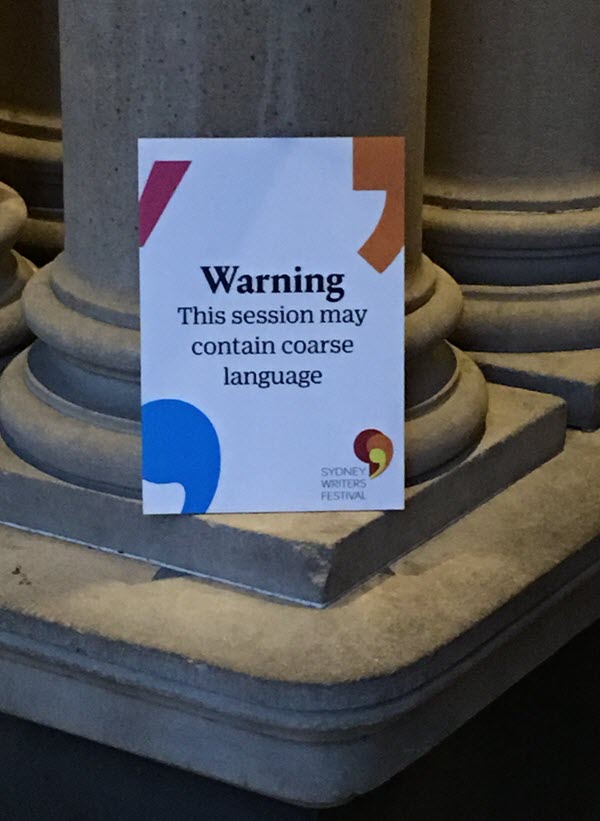 But Iannucci told host Benjamin Law and the audience at the Sydney Writers’ Festival event that he wasn’t a big swearer. He said behind the scenes in politics, the creative use of language was a big part of dealing with a crisis:

“There are a lot of people thinking that what they are doing is the single most important thing taking place on planet Earth at that time, so if it is not fucking happening there is going to be blood on the carpet and walls. And literally all it is is them trying to come up with a press release about some veterans games things that might be happening in four years’ time.”

Politicians often blame Iannucci’s satirical takes on US and UK politics for putting people off politics, saying his shows are to blame for Donald Trump and the rise of fascism in Europe. But Iannucci said more often than not he was going for the most absurd political ideas possible and they just happened to line up with reality after the fact.

“In shows like The Thick of It and Veep, we come up with the most stupid, dumb, inane things possible. They [politicians] go out and get in touch with us afterwards and say ‘how did you find that out?’,” he said.

In one episode of The Thick of It, Iannucci required his actors to ad-lib suggested policies in the car that cost no money but would be popular. Later on Iannucci found all three of the policies that made it into the episode subsequently became real policies. There was also the infamous Veep slogan for Meyer “Continuity with Change”, which was adopted by Prime Minister Malcolm Turnbull as his talking point on replacing Tony Abbott as “continuity and change”.

Iannucci lamented that a generation of staffers, in US politics in particular, now viewed their job through the prism of The West Wing, and he found it disconcerting that people were now attempting to model themselves after Malcolm Tucker or any of his own characters.

“People like Malcolm Tucker have become heroes to people going into politics … They start modelling themselves on Malcolm Tucker and I say to them ‘Malcolm Tucker is the problem. He’s not the solution. In fact, in every episode of The Thick of It, even though you think Malcolm is the fixer, it’s when he steps in and tries to repair the damage, it falls apart.'”

When words from his shows, like “omnishambles”, started getting quoted in parliament, Iannucci decided he needed to get out of political satire. He said political satire would not help change anyone’s opinion on politics. “I think at best political comedy can help articulate how people can feel about something, analysing it, and holding it up to the light, but I think if you really want to go out and change something you’ve got to go out and campaign yourself.”

The Sydney Writers’ Festival kicks off later this month. Iannucci will be speaking at The Wheeler Centre in Melbourne this evening.

Iannucci’s The Death of Stalin is hilarious, but politically naive

” He said political satire would not help change anyone’s opinion on politics.” May I ask, what DOES change anyone’s opinion on politics? Through my life I have moved from the Liberal Party in the early 1960s (my parents voted Liberal), to Democratic Labour Party (during a phase of Catholic fervour), to Labor, with the rise of Gough Whitlam (and revulsion at the conservative commitment to the war in Vietnam), and finally to my one true political home, The Greens.

Unless you have real commitment politics can destroy your mind and make you hate yourself, can’t it Malcolm?