Bleat the rich. How does one prove that one isn’t merely arguing for a small, very well-off section of society when one is trying to fight against changes to government policy that affect just a small, very well-off section of society? Monday night’s 7.30 featured illuminating interviews with two of the men who aren’t so happy with Minister for Revenue and Financial Services Kelly O’Dwyer’s changes to the superannuation system. The man behind the Save Our Super, Jack Hammond QC, and former Liberal member John McMurrick both spoke out against the policy, and Hammond even spoke positively about Peta Credlin, Tony Abbott’s former chief of staff, who has been rumoured to be considering challenging O’Dwyer (who is on maternity leave) for the seat of Higgins.

Towards the end of the report Hammond says “It is not rich people intervening to protect themselves,” but giving interviews in the fancy surrounds of his home doesn’t create that impression. 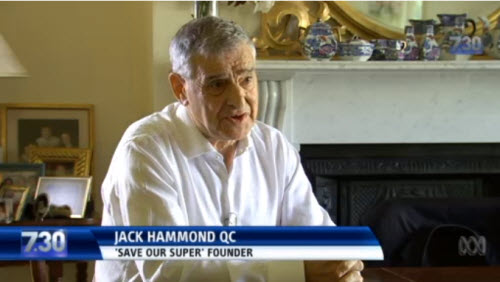 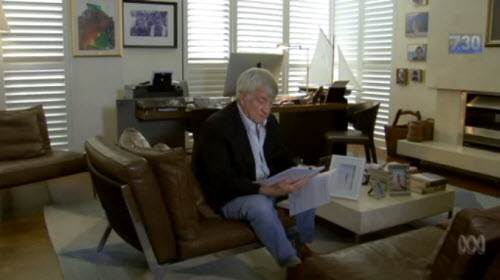 F-35 finds area to excel in: going over budget. So it’s been a about five minutes since the last F-35 story, but this one’s a cracker. The F-35 is now up to “flight testing” stage and — brace yourself, we know this is going to be a shock — the testing is going to take much longer and cost much more than originally forecast. Yesterday, Bloomberg reported that the US Government Accountability Office (GAO) in its annual assessment on the disastrous project had warned:

“‘Program officials estimate that a delay of five months will contribute to a total increase of $532 million to complete development,’ the GAO said. But ‘the longer delay estimated by GAO will likely contribute to an increase of more than $1.7 billion, approximately $1.3 billion of which will be needed in fiscal year 2018.'”

Yes, you read that right: the people in charge of the program have already conceded that testing will be delayed by five months and cost half a billion US dollars more than expected. But the GAO has laughed that off and says the testing will last well into 2017-18 and cost (yet) another $1.2 billion. Program managers have admitted the GAO is “factually accurate” but that they disagree — the bureaucratic equivalent of sticking your fingers in your ears and yelling “nanananananana”. Meantime, Donald Trump continues to claim he achieved major cost cuts on the F-35 through sheer force of will. We’ll file that with the rest of the incessant torrent of lies that pours from his mouth.

Boundless verses to share. Government MP Andrew Laming has decided that out of all the issues he should speak out on, it’s the Australian national anthem that needs his attention. According to Laming, Advance Australia Fair needs an extra verse to make Australian values really clear. Laming says the first two verses say basically the same thing and “It’s probably a good time, in the 21st century, to think about the values we want to see us through this century”.

While other government MPs call for an ABC presenter to be sacked for not toeing the line on Anzac Day, we couldn’t help but laugh at Laming saying “I think the nation is mature and diverse enough to talk about this” to a news.com.au journalist. While the nation may not be mature or diverse enough to talk about it, Crikey readers are. We’d love to see your suggestions for an extra verse of the national anthem. Would it mention always accepting a sausage sandwich when one is offered? Would we shelve the lines about having boundless plains to share? Send us an email or leave a comment to let us know.

Lest we forget past marketing stuff-ups. On Monday we noted a few nightclubs that had used Anzac Day in pretty bad taste to promote events with prizes for dressing in camouflage gear and even a strip club that said staff would be in uniform for the night. A tipster sent us this post from a regional Victorian beer brewery, the Blizzard Brewing Company, which posted yesterday “mashing out our ANZAC Day brew – Avalanche Amber Ale, Lest we forget – the taste of Great Alpine Beer”. Seems like no matter how much media attention the commercialisation of Anzac Day is given, there’s always another one. 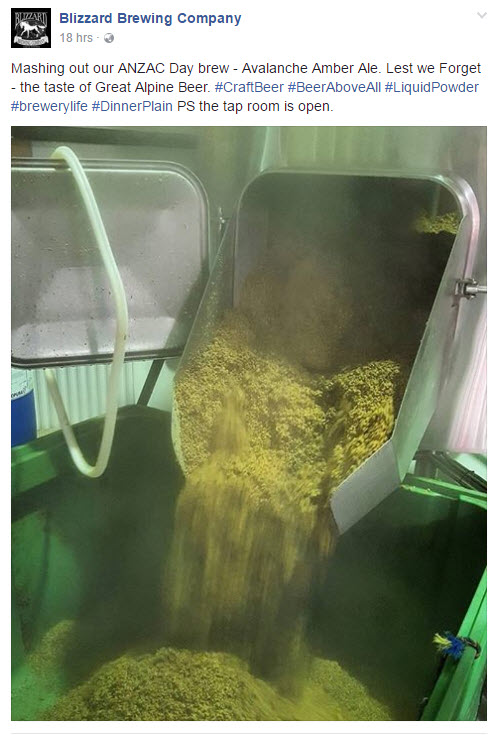 “The F-35 is now up to “flight testing” stage and — brace yourself, we know this is going to be a shock — the testing is going to take much longer and cost much more than originally forecast.”
Get outta here!

As for the anthem, whenever it comes up I am always reminded of how stirring and wonderful the NZ anthem is, and how poor ours is in comparison

“I Still Call Australia Home” does it for me.

Beneath our radiant Stock Exchange
We’ll push for minimum pay
To profit all we corporate chums
God bless us all pray;
For refugees across the seas
We’ve compounds fit to share;
So bugger off, don’t dare come here,
We don’t friggin’ care
And as we strain, to dodge the tax
Sing “We don’t friggin’ care”

Unfortunately rather to the point ans possibly true.

Well done Myki, I reckon Lame-arse Laming would love it !

Perhaps for the Abbott clan, we could go back to the old second verse I learned at school.
When gallant Cook from Albion sailed to trace wide oceans o’er,
True British courage bore him on till he landed on our shore etc.

I question the point in naming and shaming nightclubs, microbreweries and other small businesses who probably have no idea of the marketing restrictions around the word Anzac. They certainly shouldn’t be held to the same standards as Woolies et al.

When Malcolm did the Abbott in
How little did we know
That he would be as weak as this –
A pony for a show.
He owes so much to Party rights –
Not game to make a call;
While once ‘we knew’ for what he stood
He’s gone and lost it all.
In joyful Strine then let us sing,
Advance our Malcolm’s fall.

Good rhyme and metre Klewso, factually accurate too but I’m still giving the prize to Myki’s effort for listing those LNP values Laming’s looking for.