Who doesn’t love a wedding to boost ratings?

Seven is hoping Edwina Bartholomew's upcoming wedding will be a ratings bonanza.

In the never-ending game of breakfast TV oneupmanship, Sunrise has managed to score a cast engagement, less than a month after rival Today won a much-needed boost in the ratings with coverage of newsreader Sylvia Jeffreys’ wedding.

The gushing over Sunrise star Edwina Bartholomew’s wedding has already started, and Seven will be hoping it can capitalise on the event.

Bartholomew, who stepped back as weather presenter earlier this year for an in-studio role, gave an exclusive interview about the proposal to Whimn, where she is a columnist, and the story got a run with news.com.au, the Fairfax websites, Daily Mail Australia and sites such as Mamamia.

Jeffreys’ wedding earlier this month to fellow Nine journalist (and Karl’s brother) Peter Stefanovic was billed by their network as the wedding of the year, and the heavy promotion and follow-up coverage won Nine substantial ratings over Sunrise‘s extravagant US road trip. 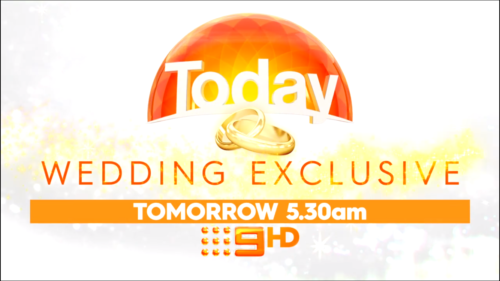 Today‘s exclusives included a video message from the couple, a montage of photos from the big day, details on the dresses, suits and ring, and a lot of love for the Kangaroo Valley venue.

The coverage was in stark contrast to the reactions by colleagues to tabloid interest in host Karl Stefanovic’s personal life following his separation last year and new relationship. Ten’s Ita Buttrose even leapt to Stefanovic’s defence on Studio 10, saying coverage of his personal life was over the top. Today has been struggling in the ratings war this year against Sunrise, consistently losing to Seven. — Emily Watkins