One to bookmark. Something tells us this statement from the Prime Minister last night is going to age about as well as an old Donald Trump tweet or Arthur Sinodinos’ endorsement of One Nation as “more sophisticated”. “I trust the judgement, the wisdom of the American government, the President, the Vice President,” Malcolm Turnbull told Leigh Sales last night on 7.30, on the eve of the visit by Trump’s VP, God-fearing misogynist Mike Pence. Indeed, given that this week Turnbull was using the equality of women as an example of the kind of “Australian value” he expects immigrants to sign up to, we’re surprised that Pence, who has a passionate loathing for working women and basic reproductive rights, was allowed into the country at all. Still, in being able to discern “wisdom” in the debacle of the Trump presidency so far, Turnbull can evidently see things the rest of us can’t.

Who will be the next Secretary of Defence? Many generations of pollies from both sides paid tribute to outgoing Defence Secretary Dennis Richardson this week, after he announced his retirement from the top civil military gig. He’s been in the role since 2012 and in the public service for almost 50, so now it’s time for someone else to step into the role, and while some reports have only focused on a few contenders, our friends at The Mandarin report that it’s actually quite a wide field.

Associate secretary Brendan Sargeant, who has been named acting secretary, is the “easiest choice”, but deputy secretary of strategic policy and intelligence Rebecca Skinner is also in with a good shot. There are many women on the list of potential candidates, as there’s pressure to promote women in “what is still, unfortunately, the blokiest of the big departments of state”. Another big name being thrown around is that of Department of Human Services secretary Kathryn Campbell, who is a one-star brigadier in the Army Reserve and served three months in Iraq last year. She’s also a friend of Defence Minister Marise Payne. “A good relationship between MinDef and SecDef is considered essential for ensuring proper balance in the diarchy,” The Mandarin‘s Harley Dennett writes. And what about Border Force boss Michael Pezzullo? “Although his radical clamp down at Immigration has been seen as contrary to Australian values and open government, his implementation of government border policy has won him acclaim on the hill.” So many choices. the full list is here.

The fire went out. The Coalition government under Malcolm Turnbull has allowed one of former PM Tony Abbott’s pet projects to die a quiet death, with documents released to Senate estimates showing the “cutting red tape” website is no longer being used or updated. Red Tape Repeal days were celebrated with great fanfare by Abbott and deregulation enthusiast Josh Frydenberg, happening twice a year in 2014 and 2015.

“We’re working for you today by creating the biggest bonfire of regulations in our country’s history,’’ Abbott said in 2014. Well, the fire has well and truly gone cold. Last year, then-assistant minister for productivity Peter Hendy said the government wouldn’t be doing repeal days any more because it had already so much success at cutting red tape. The website hasn’t been updated since February 24 this year. Before that, it was updated on January 18. Any info about cutting red tape is now on the Regulations page of Department of the Prime Minister and Cabinet’s website.

While the fires of deregulation have gone out, the passion for actually adding regulatory burden in some areas seems to be burning on.

Managing a gallery — a difficult art. Things seem to be going sour at the Art Gallery of New South Wales, with The Sydney Morning Herald reporting recently that director Michael Brand has only been offered a 12-month extension on his five-year contract — a move that has been described as “hardly a vote of confidence in him” by Fairfax art critic John McDonald. The short-term decision has been explained away by the chair of the board of trustees David Gonski, but questions have been raised about whether Brand will stay if the plan for the new Sydney Modern gallery doesn’t get financial backing.

The Australian is also reporting that the gallery is about to deal with the publication of a book by former executive director of the Art Gallery Society of NSW Judith White. Culture Heist, to be published next month “details painstakingly how Sydney’s flagship gallery is in her view being held hostage to its stalled $450 million Sydney ­Modern expansion plan”. Long-time Tips readers will know that Crikey has been onto issues at AGNSW since 2015 — and criticisms of the way Brand was seen to be corporatising the gallery, along with a string of redundancies. Where will this go next?

Ambassador’s tawdry past. Former Massachusetts senator and former Fox News contributor Scott Brown has been named as the United States’ ambassador to New Zealand. As reported on ABC in the US, Brown has been mentioned in a sexual misconduct lawsuit against Fox News (although the main subject of the suit is Roger Ailes, and Brown is not a defendant):

“Former Fox News host Andrea Tantaros alleged in a lawsuit last August that Brown made several sexually inappropriate comments to her on set: among them, that she “would be fun to go to a nightclub with,” which she said was delivered “in a suggestive manner.”

He also allegedly crept up behind Tantaros in the cafeteria and touched her lower waist, causing her to pull away and tell him to stop, she said.”

The allegations, which he has denied in the past, haven’t harmed his career prospects. Also not a barrier to success, was his nude photoshoot for Cosmopolitan magazine in 1982. 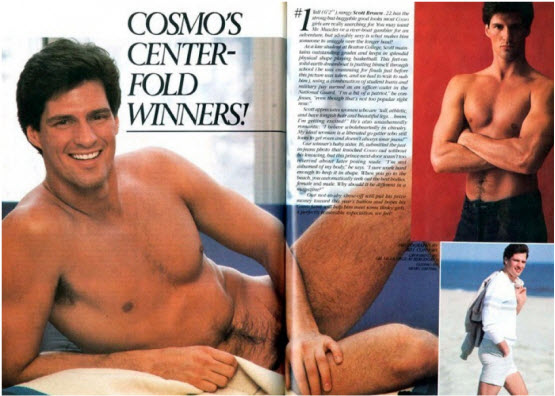 The New Zealand Herald reported the appointment as “Man tipped for US ambassador role in NZ a former nude model who supports waterboarding”.

BOOKMARK?!? It should be branded on his forehead so that nobody ever forgets – there is no way that he believes that ludicrous statement but it is more despicable that he nonetheless mouthed it .