The group that led the campaign against Safe Schools now wants to stop Australian aid funding being spent on sexual health services and education.

Not content with having bullied state governments in New South Wales and Tasmania into dropping the Safe Schools program designed to help LGBTI students, the Australian Christian Lobby has set its sights on banning Australian government aid for LGBTI youth across the globe and banning funding of women’s reproductive health services.

In a submission to the federal government’s foreign policy white paper, the lobby group said that “many aid workers” were surprised that “provision of clean water, housing and electricity” was being “put aside” in favour of sex education.

The group links all its evidence for its stance against sex education being part of foreign aid to the US-based Family Watch International — a group declared to be a hate group by the Southern Poverty Law Centre. The group’s website complains, among other things, about any education that “encourages acceptance and exploration of diverse sexual orientations and gender identities” and criticises teaching children to develop respect for different sexualities.

The ACL claims that any sex ed other than abstinence-only would increase demand for sexual health services, meaning more billions of dollars for sexual health services globally (there is no evidence provided to back up this claim). The group also claims that sexual education programs are “exploitative” and push an aggressive ideology. The ACL complained about LGBTI groups working in Jamaica as not respecting the values of the country. Jamaica currently punishes people engaged in consensual homosexual sex with up to 10 years in prison. To the Australian Christian Lobby, this is “protecting the family”.

The lobby group also complains that there is pressure on the government to not give aid money to Christian groups with an anti-LGBTI agenda working overseas.

“It seems almost incredible that advocates for LGBTI rights would prioritise the advance of their political cause above compassion for the vulnerable. Such arguments serve to underscore the need for Australia’s aid to be strongly grounded in genuine compassion to alleviate the suffering of the disadvantaged and to guard against the misuse of aid to advance political or ideological agendas. If genuine compassion is our aim, Australia must eschew funding programs that promote abortion, comprehensive sexuality education.”

The group has also called on the government to renege on Foreign Minister Julie Bishop’s recent $9.5 million funding commitment to SPRINT, a program to provide sexual health services to women in our region, because it is being administered by the International Planned Parenthood Federation, which the ACL deems as “ethically dubious” because of scare campaigns run by extreme Christian groups similar to the ACL on Planned Parenthood in the United States around the use of foetal tissue.

The proposal comes despite polling commissioned by Family Planning NSW that found overwhelming support for Australian aid funding going towards such services. The poll conducted by Essential found that 89% of respondents said access to sexual and reproductive health services for women in Pacific Island countries was important, and 67% said it was important for Australia to provide these services using its foreign aid budget. A total of 67% of people were concerned that Australia would follow the US Trump administration in its global gag, banning foreign aid funding to any groups providing any kind of abortion services. 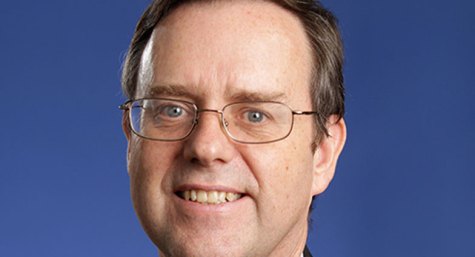 I think it’s clear which group has an “aggressive ideology” and is “ethically dubious”!

The ACL are terrorists in effect, they should be banned.
Do some research Crikey, and publish a list of all Aid organisations associated with them, so people can avoid them and contribute to decent ones instead.

The less said about this mob of nutters, the better.

It must be hard to live in a society where your heinous views are so far divorced from the majority of those around you. I imagine that is the daily reality lived by ACL staff members.

It is hard to imagine a more perfect example of why there should be freedom FROM religion in public life.
These repellent creatures are not content to be deluded but are determined that others suffer from their idiocies.