Ebay has threatened that it will cut off Australian consumers rather than be forced to collect GST. But the Australian Retailers Association is threatening MPs who dare vote against the proposal that it is paying close attention.

The government’s push to force overseas online retailers to collect GST for all goods purchased online appears to be backfiring spectacularly, with major pushback from some of the biggest online sellers.

The Treasury Laws Amendment (GST Low Value Goods) Bill 2017, introduced into Parliament in March, would impose strict new rules on all overseas retailers to apply GST to online purchases. Domestic retailers claim to be losing billions to overseas companies, but the government only expects to raise $300 million over three years from the change.

At the point where goods are sold, retailers would need to collect GST on behalf of the Australian government or face “a range of administrative penalties” and powers available to the Commissioner of Taxation. The Commissioner also has wide general anti-avoidance powers that can be exercised if entities re-organise their business practices or undertake other activities to avoid GST.

Perhaps unsurprisingly, overseas retailers, by and large, have expressed concern about the legislation. While one of the largest sellers — Amazon — has expressed support for GST on imports, the vast majority of those making submissions to the Senate inquiry on the matter are opposed.

Amazon said the proposed model would be complex and untested and said there would not be enough lead time to implement the new system, which the government proposes to bring in from July 1.

Online clothing retailer ASOS also told the Senate committee that there would not be enough time to implement the new system before July 1. ASOS also said items could be double taxed — the GST collected by the retailer, and then an import tax collected at the border. The legislation does not make it clear whether one of these would be refunded to the consumer.

Online auction site eBay has said that many of its Australian sellers collected GST already — even if those overseas do not — and the proposed legislation was “complex, inconsistent, unworkable and will harm Australian consumers in many ways”. Ebay said it would force Australian consumers onto “online marketplaces in the dark parts of the internet”.

Ebay said if the government proceeded with the legislation, it might force the company to “prevent Australians from buying from foreign sellers”.

“No tax would be paid to Australia, and none would be owed. It would raise no revenue, deny Australians access to choice and lessen price competition. The solution isn’t even a win for bricks and mortar retailers because Australians would still find ways to buy online.”

In a shock to precisely no one, the Australian Retailers Association is in favour of the legislation, issuing an ominous warning to those in Parliament who might have concerns about it.

“This reform is a long time coming. The retail sector will look very poorly on any delay caused to the implementation and those individuals causing the delay.”

Consumer group Choice said Treasury had not released any modelling showing the revenue raised would be worth the cost to collect it, and warned that some overseas retailers might simply block Australian customers.

The committee will hold its first hearing in Melbourne on Friday. 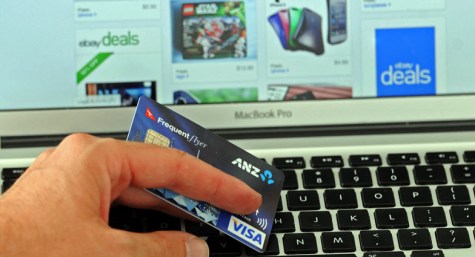 Yet another genius idea from the Coalition think tank. This is even better than young homebuyers using their superannuation to buy housing.

Clearly the Turnbull govt fails to understand the electorate – even conservative supporters will choose eBay over them.

I am an avid buyer from overseas & will not enjoy paying 10% gst. Nevertheless it’s a lot of huff & puff from ebay & amazon to claim hardship in applying it. Have a look at what US sellers have to go through to adhere to various state/local tax regimes. They make the gst look easy-peasy.

Mike B,
How does Ebay apply Australian GST to foreign sales, given that they do not own any of the goods that are sold on the site?

The GST is to be collected by foreign sellers selling more than $75,000 worth of goods into Australia. I am assuming only a small number do that on Ebay as such, but a much larger number of sellers that correspond with that requirement may sell a much smaller portion of that figure on Ebay itself. So, except for the few sellers who send more than $75,000 worth of Ebay goods into Australia, how does Ebay identify and enforce which sellers on their site have to collect GST on the goods they sell to Australia?

The “GST on low value imported goods” section states that the business “may need to register and pay GST if you:•are a non-resident supplier who sells low value goods to consumers and import the goods into Australia” and “meet the registration turnover threshold of A$75,000”.

If you follow the link below that with the same title, the first condition says “make supplies of goods valued at $1,000 or less at the time of supply connected with Australia if the goods are purchased by consumers and are brought into Australia with the assistance of the supplier”

To me there are big differences between those statements – “importing the goods” is very different to putting them into an envelope and posting them to the customer, but using the mail in that way means that the goods are “brought into Australia with the assistance of the supplier”.

ebay doesn’t have to do anything apart from including the option to add 10% GST. It is up to the seller to apply the GST or not. US sellers have to do the same thing for internal taxes across state lines and even differences based on city codes. Yes it is an impost on ebay/amazon but it’s not as monumental as implied. …….and no I’m not in favour of GST being applied. However it certainly may deter sellers from selling to Aus customers.

Hi Mike,
There is a lot of misinformation in what Ebay is releasing so far (such as if a parcel contains items worth more than $1000 and items less than $1000, Ebay claims the parcel allegedly appears to be taxed under two different taxing regimes, when in reality the tax will be based on the total value of the parcel), but at this stage Ebay implies, and I haven’t yet seen it refuted, that they are expected to some extent to enforce and collect the GST under the proposed changes to the laws.

If the requirement is only that Ebay allows a tick box for the seller to collect the tax, then there should be minimal cost or impost for Ebay, as that option is already there on the American site, and I assume on many other Ebay sites, and would be easily added to the sites that don’t offer the tax option.

The tax would not be applicable to the vastest majority of Ebay international sales into Australia, unless the ATO is deeming that Ebay is a “supplier” in the context of “if the goods are purchased by consumers and are brought into Australia with the assistance of the supplier”. Under that circumstance, it appears Ebay itself would be responsible for the collection of GST on all Ebay sales into Australia, which would be a major cost and imposition. That would justify Ebay’s response at this point, if they just have to add a tax option that is controlled by the seller, there is no reason for such a reaction.

I can’t imagine many businesses that will want to be unpaid collectors of tax for foreign governments, on top of their own government’s tax requirements.

Do I understand correctly that none of this is actually law yet, even though it is meant to be introduced on 1st July 2017?

Howard imposed the GST to pay for simultaneous cuts in corporate tax. It is a regressive tax penalising Australian families to shift wealth to Mr Greed. So why export the GST ripoff to on- line suppliers? Labor opposed the introduction of the GST and it is up to Labor to pledge (and mean it) to get rid of it on election to office.

I like the Australia Post idea, if the government wants this they can pay for it. Whoever came up with the idea at Amazon deserves a raise, haha.