How can the government put forward a policy supporting using superannuation for housing when so many MPs are on the record against it?

The idea of using one’s superannuation to pay for a house deposit just won’t die when it comes to Australia’s housing affordability debate. The main reason it won’t die is because Treasurer Scott Morrison thinks it’s a good idea. But the list of government ministers and backbenchers who have said on the record that they disagree is long, and getting longer. Here they all are:

Yes, the Prime Minister. In 2015 the idea was raised by then-treasurer Joe Hockey and Turnbull called it a “thoroughly bad idea”. “That is not what the superannuation system is designed to achieve,” he said. This week he didn’t repeat the views in such terms, but told reporters asking about the debate: “I won’t contribute to it but I have expressed fairly strong views about it in the past.” 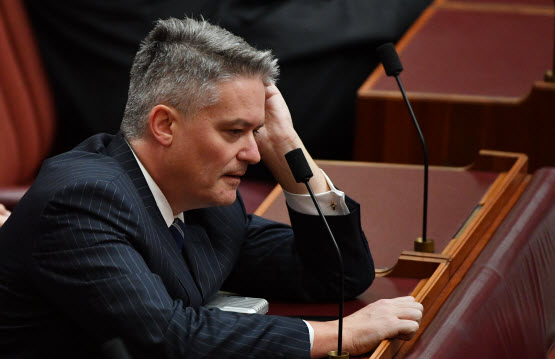 Another man who knows what he is talking about, it’s the Finance Minister. This is what Cormann said on Sky News last month:

“If you enable people to access their super in the circumstances you describe, you enable more people to enter the housing market more quickly, then you are boosting demand and to the extent that there is a housing affordability issue that would make the problem potentially worse, all other things being equal. The risk is that if you boost demand and you increase prices by more, then you end up with a wealth transfer, effectively, from people who are saving for their retirement to people who are selling their properties. I have long been on the public record in relation to this issue.” 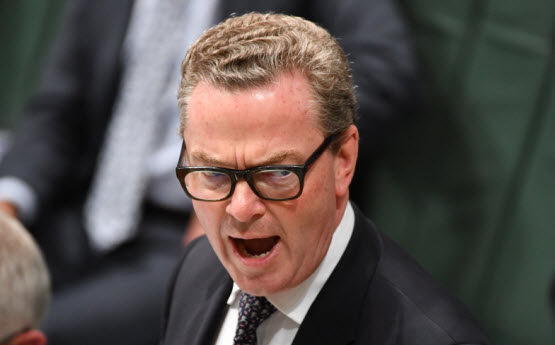 The Defence Industry Minister started out by batting away the question from the ABC’s Patricia Karvelas on RN Breakfast, and had a go at other ministers for putting their views in the open. “It’s a great pity that colleagues run these debates publicly,” he said. But Pyne ended up cautiously making his views about what superannuation really should be used for known:

“Superannuation has a particular role — it is a retirement income. Our superannuation system is the envy of the world, and those people who seek to fiddle with it are putting that at risk.”

“There is no evidence to suggest that if superannuation was to be able to be used for housing that that would somehow bring house prices down. There is evidence on the other side of the ledger which suggests that all that would happen in fact  is that house prices would continue to go up and the person selling the house would simply take that person’s super as increased house prices.”

The Nationals MP for Mallee tweeted that the idea was “lazy”: “Using superannuation to address housing affordability for first home buyers is a lazy response to the problem.”

On ABC Radio in Adelaide, Liberal Senator Anne Ruston didn’t hold back on the idea. In the same conversation, Labor’s Nick Champion called the idea “spectacularly bad” and began the metaphor pouring kerosene on a fire. “I’ll agree with Champion,” she said. “We need to be careful that you don’t pour a bucket of kerosene on a fire. We need to look at all of the measures in total.”

Former health minister Sussan Ley agrees with Deputy Prime Minister Barnaby Joyce that people who want affordable housing should move to the country (Joyce has kept his views on raiding super for housing to himself), but she was more direct when it came to superannuation. She tweeted:

“Young people need their super for retirement, not to try to take pressure off an urban housing bubble, better solved by decentralisation.”

The ABC is reporting that O’Dwyer, Minister for Revenue and Financial Services, is also against the idea.

2020: the year we discovered a pandemic can actually lift house prices

Is it time for Aussie home buyers to go west?

Raiding people’s super to protect price rises for greedy pigs buying and selling houses not to live in them but to acquire wealth. The names of some of those pushing it come as no surprise, especially Matt Canavan who recently told us we shouldn’t reserve natural gas for our own people’s use instead of flogging it to foreigners. We’re mugs if we fail to recognise our enemies.

This issue defines what ‘what sort of Treasurer’ Slomo is as much as anything else.

And it’s good to see Marie Antoinette Ley sticking her neck out again :- “Move to the country – if you can’t afford to buy Gold Coast real estate, on tax-payer time!”?

Yeah, I felt more than a little ashamed that, apart from agreeing with Barnaby Rudge about needing to be within sight of the Harbour Bridge, that Sussan ‘luxury apartment on a whim’ Ley was also in agreement.
An idea cannot be responsible for the people that hold it.

After years of first home buyers grants, we know that a. it only makes a deposit a tiny bit more affordable and b. it does nothing to bring home prices down, in fact the opposite. Raiding your superannuation will have the same futile effect. Three things need to happen; 1. make speculative investment less attractive, 2. curb foreign investment and 3 increase supply. As they say – it ain’t brain surgery.

As Stephen Keen pointed out decades ago, it have should been called “the first home seller’s grant”.

It is not such a good idea to use the balance to pay for a house but to use it as a rolling offset account is not so bad. By rolling I mean of course that the increasing balance could be used for any number of consecutive properties if the person changed addresses from time to time. The offset account would remain quarantined until pensionable age.
As soon as the house is paid off, the offset account is converted to accessible deposit account in name of superfund.
If a (hopefully reduced) mortgage were to be still present when person of pensionable age, then they could decide whether or not to pay down the balance from the now released offset account amount.

As the offset account interest can only be used to offset mortgage interest and the balance can NOT be used to pay for (increased house price?) deposits, price inflation would be less likely.