NSW is the only state where housing hasn't kept pace with population growth, which is why its apartment boom still has a way to run.

There’s a useful statistic that gives an insight into the overall pressures on housing in different markets across Australia — and it help explains why Sydney property prices are up 19% in the last year.

Since 2011, the Australian Bureau of Statistics has published an estimate of total dwelling numbers in each state. Using the ABS’ demographic series, we can compare state populations to dwelling numbers. It’s a blunt instrument, and it’s at the state level, not a capital city level, so it’s not giving a picture of individual markets — especially in Queensland, which is far more regional in its population spread than other states.

But because population and dwelling numbers are very stable, changes over time aren’t a bad indicator of housing pressure. In Queensland — bearing in mind this is an overall state figure — the number of people per dwelling was 2.5 in mid-2016, the most recent available dwelling data. That compares to 2.54 in 2014 and 2.52 in 2011 — that is, the overall trend is downward, suggesting dwelling construction has slightly outpaced population growth across the state.

It’s a different story in two other states. In Victoria, the average number of people per dwelling is 2.44, compared to 2.45 in 2011. The number has remained virtually stable throughout that five-year period; the stock of dwellings has kept pace with population and, in the last couple of years, slightly outpaced it.

In NSW, the figure is now 2.57, compared to 2.55 in 2011. NSW is the only state where population growth has outstripped dwelling numbers. Dwelling approvals in NSW have been falling in recent months, but are still above the levels of 2014, meaning there’ll be further strong dwelling supply growth over the next two years at least, but whether it’s enough to soak up population growth isn’t clear.

Other factors are at play on people per household — the National Housing Supply Council, an advisory body abolished by the Abbott government — undertook considerable high-quality work on housing supply. Its last, unpublished report noted, “since 2001, a reversal of the decades-long decline in household size has taken place despite demographic trends such as the ageing of the population pushing in the opposite direction”. The council blamed supply insufficiencies at least partly for this, leading to young adults remaining at home longer due to housing affordability issues.

But another factor in NSW is that — unlike in Victoria and Queensland — apartment construction didn’t really bounce back from the financial crisis until late 2010. For that, you can blame NSW Labor, which presided over a slump in property development exacerbated by the departure from the Planning portfolio of Frank Sartor, who had begun overhauling the chaotic NSW planning approval process. Only after the election of the O’Farrell government did development approvals significantly improve. Sydney has been playing catch-up ever since, and still has a way to go. 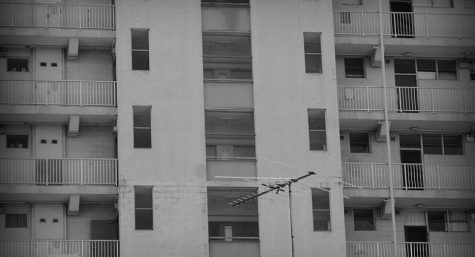 NSW the epicentre of our housing crisis

Commentary focusing on supply side issues in Australian housing seems to take it as a given that population driven demand growth in Australia is a given. It’s not. Not in any developed society in fact, where replacement fertility rates have been stagnating at around 2-3 children per woman for years (2 is required just to maintain existing populations). And why should this be an issue? Heaven forbid people should want more from life than churning out offspring? Isn’t choice what separates us from other species? However, our economic model is a growth addict, and when the locals won’t push out the kids required, we open our doors (like all Western countries do) to immigration to artificially prop up population growth – particularly from lesser-developed countries where 5-10 child families is still a norm. I ask you – what is the human development goal? Is it simply to live a materialist and nihilistic existence by keeping the economic hamster running on the wheel, creating senseless population-driven problems just to keep the masses occupied and spreading like cockroaches? Or can we FINALLY, pause and reflect on all the ramifications (positive and negative) of our post-industrialist society and ponder more collectively and succinctly upon what the meaning of life really is? Oh, and as a side note, negative gearing on old housing stock and foreign investment in Australian property… ridiculous! Send me a list of all the non-Western countries that allow such flagrant distortions of housing demand and then we can have sensible discussion on this issue. Cart before horse!

You’ve answered your own question.
It is the “WHY?” that is the puzzle.