What Ayaan Hirsi Ali gets right about freedom of speech

You can’t have your Enlightenment cake and fail to count the calories.

If there were a text passed among the fellows of the Bush II Administration just a little more than the nasty bit of the Old Testament, it was The Clash of Civilizations by a guy called Samuel P. Huntington. This work of post-Cold War foreign policy retains its defenders, but perhaps none so tireless as the popular intellectual Ayaan Hirsi Ali. In interview and in print, she endorses the same narrow, now discredited understanding of the late author upheld by Gee Dubya and co. This interpretation is, to use the hyper-masculine, covertly racist language of the alt-right where she now finds fans, “don’t be a cuck”. Defend the idea of your culture, not just your assets, at all costs.

This is the thing about Ali. Both as a commentator and as a member of influential think tanks and academic institutions, she can be seen to have a very particular opinion. It is neoconservative, it is hawkish, and it has its roots as much in the very “cultural” discourse of the 1990s as it does in her beloved Enlightenment. It can be read plainly in this 2007 interview with Reason magazine, whose libertarian editors, to their credit, probably threw her the most hardball questions of her glorious career. When Ali said, as she is wont to do, that Islam must be crushed, she is asked, “Militarily?” She answers: “In all forms, and if you don’t do that, then you have to live with the consequence of being crushed.”

Ali is, of course, perfectly entitled to powerfully uphold the doctrine that produced the Iraq War. She, rather evidently, has the “right” to do this in a range of DC establishments and publications, and may, if she will, join Donald Trump in what many regard as a perplexing opposition to the Iran nuclear deal. What she cannot expect, most particularly as a prominent, purportedly liberal advocate for “free speech”, is not to have her prescriptions questioned. Ali has at times worked with and continues to endorse the ideas of Dick Cheney, and if no questions to a view that brought us the Collateral Murder video are permitted, well, then this is surely an age of “political correctness gone mad”.

Yesterday, Ali announced that she would withdraw from her “Hero of Heresy” Australian tour, claiming that security concerns had forced this retreat. The thinker, of course, has confronted true danger in the past and it is not unlikely that she faces it again. But in the absence of any named culprit, commentators, some politicians and Ali herself have pointed to the authors of a small petition.  These people, said Ali, were doing the unwitting work of extremists.

There is a prevalent view of Ali as a brave and brutalised defender of free speech, one now forced from her engagements in Australia by a radical fringe of “no platformers”. Australian media has, in this instance, offered a view of truth that echoes that sometimes indulged by Ali herself.  This thinker, whose false claims on her application for asylum triggered a Dutch political crisis, was not “no platformed”. Her thoughts were merely condemned. And these are thoughts that have been publicly condemned as illiberal by many people, including the Obama administration. To declare that the policies of the Bush II administration were unsound is hardly an extreme position.

If you personally see value in the non-Realist, almost entirely cultural approach to statecraft upheld by the US in the early part of the century, this is your entitlement. It is also Ali’s entitlement, and privilege, to influence a range of leaders and media consumers with this view. It is even, I suppose, the entitlement of opinion writers to see the name Ayaan Hirsi Ali as synonymous with liberalism. But, it is, per Enlightenment ideals, also the entitlement of a small group of Australians to express their “utmost disappointment”—there’s some real extremist language for you—in a proponent of policies that many of us began to find disappointing last decade.

Forget, for a minute, that this is Ali speaking and listen to what she says. Forget, for a minute, that these are Muslim women speaking, and listen to what they say. Let’s do as all the best Enlightenment principles prescribe and overcome our identity politics and look only at the arguments put forth. Ali, a woman of influence, recommends the maintenance by the US hegemon of a culturally based program of foreign policy, and is unafraid to pull home-made statistics out of the air to support it.  A group of politically diverse Australians suggest that Ali’s views are objectionable and condemn those views, not the woman herself, in a document not very widely seen. Theirs is not a “political correctness gone mad”, but an account that many Australians critical of US foreign policy, particularly that of last decade, would agree with.

[How we can really help women and girls escape forced marriages]

Ali, an adequate scholar, enjoys a level of influence and fame derived in some part from her story of trauma. She has overcome reports of last decade that demonstrate that some of the claims she has made about her migration to the West weren’t quite as initially made. While it is absolutely true that she has faced terrifying opposition, a petition created by a bunch of businesswomen and community workers hardly constitutes a threat. It’s good both for Brand Ali and the Bush v 2.0 cultural policies so many still covertly fancy to make like a group of restaurateurs, advisers and museum curators are a band of violent lunatics.

I agree with the surface propositions of a press that says, in this case and many others, a vehement yes to free speech and a vehement no to identity politics. Free speech is speech that can be freely contested. Freedom from identity politics means that we can look beyond the person making the claim and test the claim only on its merits. Again. Forget that Ali has a powerful story, some of which has been disproved, of personal oppression. Do her the honour of looking beyond her victimhood and interrogate her ideas, which are largely borrowed from a radical interpretation of a 1990s text.

You can’t have your Enlightenment cake and fail to count the calories. Do not permit Ali, or any other speaker, to maintain an unwholesome relationship with the truth. Listen to what she proposes, as you listen to those who will counter her. Hear these claims and counter-claims as more than noises made by women of colour, whose identity is the only measure of their veracity. That’s, surely, an Enlightenment principle to uphold. 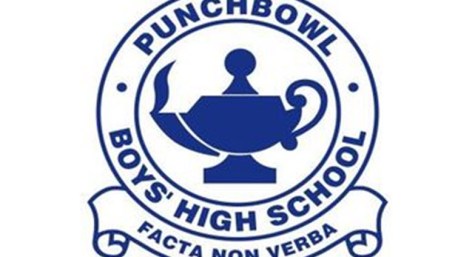 Unexpected mystery at the atheists’ convention

Sheik Hilaly fights for his life in Lakemba

I would have liked to listen to her, and to those who hold a different view, but apparently others can do my thinking for me.

Note that Ayaan chose not to give you that opportunity, because apparently Australian terrorists are more dangerous than those elsewhere she is speaking…a bit like the underprivileged Bolt being oppressed by those who think he talks bullshit.

Reports of the last day indicate that Ali was not satisfied with the protection afforded by her promoters. If these reports are true, then are arguments for her free speech are chiefly with unfortunate logistics. They are not with a group of businesswomen and community activists who popped a petition on the internet saying only that they found her views on foreign policy and Islam disappointing.
If you would like to listen to or read Ali’s views, these, which have not changed over the course of a decade long public career, are widely available. She canvasses them in the Reason article to which I linked. She has several best-selling books. Her previous talks in Australia and elsewhere are available at no cost on the internet.
I would also have enjoyed a frank and civil discussion between Ali and those with considered reason to oppose her views (not her, her views.) The women who prepared the petition had attempted for several weeks to negotiate such a discussion which would take place at a venue of Ali’s choosing with a moderator she had selected. Unfortunately, this will not take place. It would have been fascinating.
Again. It is wrong to say that others have censored anything. While I do concede that Ali has faced real threat in the past and absolutely condemn any violent attempts to silence speakers, we need to concede that the women who wrote this small petition were in no way responsible for the cancellation.

She may have “security” fears , but they certainly don’t come from the very few people who both wrote or signed that petition. I have read it and it is most definitely not threatening.

HR, the voice of reason.

Lately we often hear the claim that people criticizing a given position are reducing free speech.

But surely we are as far as I am aware 400 years past the Enlightenment period, or are we doing a Star Wars chapter where they go back in to prequels or whatever you supposed to call them these days.
I know this may sound a bit old fashioned, but the reality is that these thinkers, may be all well & good, and they like getting paid for telling people like ultra right winged, god-botherers what they want to hear, ( I know we all need to make a crust pretty well the best way we can). But I suggest there needs to be a reality check taken, there are always going to be a small percentage of ideological nut cases, that interpret their particular brand of religion in such a way that they become dangerous, not only to themselves but also to the outside world’s view & understanding of what they stand for. We need to be realistic that in Medieval times, the Catholic Church had a war against women, who were intelligent or who were able to run their own business or were particularly talented musically or midwives etc. We need to keep in mind, more people were killed in the name of “religion” during the witch burnings across Europe, and the Spanish Inquisition. I do believe some of these people need to pay more attention to history, but also be aware that the majority of people whatever their religious faith or beliefs should be left to get on with their lives & worship however they please, as I would suggest that is all these people want to do. There comes a time & I do suggest it is either here or is not far off, where the whole concept of lets keep bleating & beating the “muslims” over the head for the mess that the American’s & it’s allies has created in the Middle East, needs to be laid squarely where the blame belongs. Not at the feet of on the whole a peaceful & well balanced culture & religion.