As with energy, housing affordability has gone from a political issue to a major policy challenge, and it's not clear the government can handle either of them.

Just as energy morphed from a political issue into a genuine policy crisis for the government, housing prices are now emerging as another challenge that not merely threaten to deal the Turnbull government a political mugging but risk the real economy.

The paths of both issues are eerily the same. The government has engaged in self-delusion on energy for years, unwilling to see that its climate denialism was creating an investment environment so uncertain to investors that they abandoned not merely investment in coal-fired power but also in renewables. As the consequences began to make themselves felt, the government’s first instinct was to use it as the basis of a scare campaign against Labor, until the spreading impact of gas exports began threatening manufacturing jobs up and down the east coast. Cue summits and policy on the fly as the government moved heaven and earth to create the impression it was Doing Something — culminating in Malcolm Turnbull’s silly, poll-motivated Snowy Hydro 2 media release.

Along the way, policy ideas from Labor that last year looked politically risky and left-field are suddenly centrist examples of common sense.

On housing affordability, the government’s scare campaign instincts kicked in immediately when Labor proposed negative gearing and capital gains reforms. Then it decided that it needed to be seen to Do Something on housing affordability as well, so the forthcoming budget was going to be focused on that. But the issue is rapidly becoming a policy challenge serious enough that waiting for the budget and its measures — which would take months or, more likely, years to take effect — was no longer an option.

It’s thus been left to regulators to take action. As they did in December 2014, the Australian Prudential Regulation Authority and the Australian Securities and Investments Commission have struck a one-two blow against housing investment lending — with the support of Treasurer Scott Morrison — amid real concerns that borrowers are over-extending themselves, banks are lending too freely and that an apartment market correction could see developers wiped out, householders defaulting on mortgages and banks looking at major write-downs, with dramatic consequences for the broader economy.

But as with energy, the Coalition hasn’t merely done nothing to address the core problems, it has exacerbated them. The soaring home prices in Sydney and Melbourne and the double-digit growth rates in other cities don’t just reflect local factors but the massive subsidies the Commonwealth is handing to housing investors via the tax system to help them outbid owner-occupiers. It’s taxpayer money helping to drive prices to the highest rate of growth for 15 years in some markets. During the election campaign, Turnbull and Morrison sought to make heroes of housing investors exploiting negative gearing.

Capital gains tax changes have an on-again-off-again quality as the government tries to resolve internal divisions about reforms Treasury has evidently worked up in great detail for the budget. But such is the ridiculously high level of house price growth in Sydney, in particular, that fiddling at the margins on issues such as financing rules for low-income housing, and relying on the regulators to hose down the banks’ lending departments, isn’t going to cut it; a budget without some attempt to reduce the profound distortions inflicted by the tax system on housing investment will be seen as a failure.

Noting that Labor was ahead of the game on both issues isn’t to suggest shadow Treasurer Chris Bowen et al possess some sort of economic telepathy, it’s to point out that if an opposition can anticipate, and develop responses to, major economic challenges, then surely it isn’t beyond the wit of a government — even one as bitterly divided as this one — to do the same, and do it better than an opposition can. The budget will show us whether that’s true for the Turnbull government. 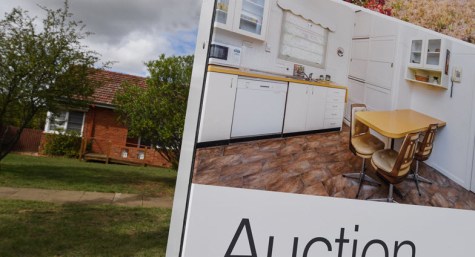 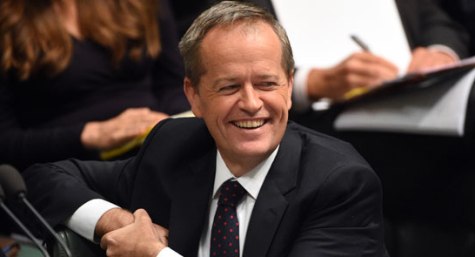 Yet another cracker in your ongoing series on this, BK, keep at them/it.

It was Senator Scott Ludlam who initiated the negative gearing / housing affordability public discussion in June 2015. Glad to see Labor was listening. Have we finally reached the point where the Coalition will act – for the good of the nation? Or will their donors win?

Ah, so you would blame the repeated shortages in SA to a lack of wind turbines? Or coal? Nope. The shortage was of gas, gas-fired electricity.

As injecting wind into the grid is a intervention by the State, so its gas backup must be State-provided. We must thank the SA Premier for that, not the investment market.

The gas generation capacity is already there. The gas isn’t. Why? Because they built three LNG plants on one island in Queensland. Now they pipe all the formally cheap gas there, and ship it to Japan where they buy it cheaper than we do in Australia.

It was a spectacular misallocation of capital that we are all paying the price for.

As a result we need to ban third party gas exports and institute domestic reservations.

An intervention by the State? Tell me, who owns power stations/windmill farms/solar these days? Private companies, *not* the state. So why do you assert that the gas stations need to be State provided?

Mike you should have asked Roger when he will start reading some engineering texts post 1903 (year Elling built the first gas engine producing a net output) and realise that spinning reserve is not the only means of providing for reliability in networks.

Come on Dodger, stop poncing about gaz when we all know that you’re really all hot’n’sweaty for nukes

Would be nice if – just once – you acknowledged the Greens for their policy leadershop on both energy policy -and specifically on negative gearing and capital gains tax reform. Pleased to see ALP picking up these policies – despite initially rejecting changes to negative gearing.

Thank you BK, this is an area that needs constant pressure exerted on it. I have been having this conversation with people for years. Because the reality is the amount of greedy investors at the trough, exists because the rest of the country who aren’t as wealthy are the ones whose taxes are paying for their continued, decisions & choices that they are making to take advantage of this lucrative tax break This is where it has to stop, as anyway you look it, things aren’t going to end well.